The new Kenyan Lamu port is the futuristic  Eastern African gate way  for the  land  locked countries like Ethiopia, Southern Sudan, Uganda  and central African Republic. While ports like Mobassa and Dar es Salaam are over stretched  due to their increasing Great Lake markets. The Eastern African ports like Djibouti Barbara Asseb seem stranded by the belligerent conflict, increasing piracy and  Somalian conflict engulfing Yemen. The futur of Red Sea has been endagnered due to geopolitical change in the region.

The extraction of  natural gas from the  Indian Ocean region stretching to  Ethiopia, Egypt, and other countries of the Red Sea region will  be  precipitating a collapse in price for gas and petroleum, will further create un expected increase in the conflict  the passage through the Red Sea.

Concerning  the budget of  construction for this big project, China here is particularly interesting in the context of the political economy of the regions  and her increasing  role on the continent. The Japan is   planning to build a pipeline from South Sudan to share from the source of the region seeing the conflict in the Gulf and Red Sea costs to assure her energy supply.  Lamu  will enable China far easier access to Africa’s East coast as inn the historical past with this port.

China’s  environmentally reckless attitude in its Africa policy has increased  her critics due to  the social and environmental impacts of a new port will off course a have lasting effect on the  traditional Swahili   fisherman unless the necessary measures are taken to enhance them too cope with the coming inevitable destruction to their traditional habitat.

The United States, Qatar, the United Arab Emirates, India are  financial supporters of various aspects associated with this project.

Egypt since the recent Nile accord which was singed against its wishes by the countries of the Nile Basin has forced her to  covertly support radicals in the Horn to  weaken Ethiopia and  to be able to revive its dominance of the Red Sea and the sea lane which links to Egypt’s Suez Canal. Estimated Ethiopian gas reserves, were reported at 12.46 TCF, will  be expanded as it has descovred great gass reserve in Ogadean. Malaysian State-owned oil and gas company Petroliam Nasional  is working  in its reserves in the Ogaden basin region of Ethiopia. Petronas is one of about 85 companies which have oil and gas exploration licenses in Ethiopia, but the Malaysia must soon pump gas  though  safer pipe to Kenya than the ever conflicting  Red Sea through Djibouti.  This surely will  thus diminishing the importance of the Sues Canal , Dijibuti and Asseb, Berebara as  a door way to world energy  when  natural gas bust out and repalce  petroleum in the world market  very very soon.

Egypt sooner than later  must enter in an open conflict in the horn of Africa supporting one or more of the  faction in order to survive by assuring the Red Sea as a dominance passage to the new geopolitical gas. Egypt further must stop Ethiopia and Kenya from repartitioning Somalia as recently incited  .

Ethiopia in search  a gate way

Governments  in    a land  landlocked countries  like Ethiopia, Uganda, Central African Republic and  Southern Sudan  Must use Lamu  port  than any other port  in the region  for  secure their  exportation.  The Ethiopian regime’s plan to build a recent pipeline to the Somaliland port of Barbara will not be viable since the opposite   Islamic Unity party took power in July 2010 and more  instability will follow if it join Mogadishu.   Any sensible government in Ethiopia must back Lamu project as the only viable   and safe sea port for future gas or any exportation to the fast growing  Asia,  South Africa and even as well as  to  Europe.

The estimates for the construction cover 1,000 acres in the region of Manda Bay in Lamu District   including plans for an oil refinery and terminal, international airport and railway track to Juba in Southern Sudan. 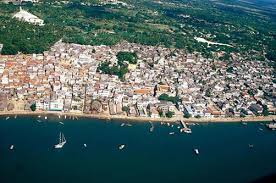 Construction of Kenya’s second seaport in Lamu is taking shape with sketches already drawn and aerial photomapping being done in towns along the route.

The government’s lead consultant on the multi-billion-shilling project revealed that detailed designs for the first three berths are ready while hydraulic surveys have been completed.

Dr Mutule Kilonzo and the minister for Transport Amos Kimunya separately said the Japanese consultants hired by the government last April would submit the financial implications of constructing the port in a report next month.

The transport corridor is expected to serve an estimated population of 85 million Ethiopians and another 15 million from Southern Sudan. Once completed, LAPSSET is intended to increase business opportunities in tourism, agriculture and manufacturing.

Japan Port Consultant was given 10 months last May to carry out a feasibility study on the port as well as give an estimated cost for the project. During the last financial year, the government allocated Sh500 million for the studies. “In one-and-a-half months the port will have taken shape,” Dr Kilonzo said in an interview.

The government’s lead consultant said aerial photomapping was ongoing in Isiolo and Garissa that are among towns to be served by a standard gauge railway line that will run in to Southern Sudan. A transcontinental highway is to run parallel to the railway line, giving landlocked countries like Ethiopia and Southern Sudan access to the Indian Ocean coast.

Dr Kilonzo noted that a final report on the various surveys, including hydraulic, bathymetric (study of underwater depth) and geophysical would be ready at the end of next month. He said the consultants from Japan had also visited Southern Sudan and Ethiopia to gather information for the projected port.

Officials in Juba and Addis Ababa are reported to have expressed high expectations on the port. Mr Kimunya said the consultants were conducting studies on the speed of water and wind as well as carrying out surveys in the Indian Ocean and Manda Bay. “They need to establish the depth of the sea and whether dredging is necessary,” he said.

The ministry of Lands has set aside 1,000 acres for the port’s quay in what many see as Kenya’s new coastal town that may link Africa’s northeastern coast to the West. Mr Kimunya confirmed that the proceeds of the sale of Nairobi’s Grand Regency hotel to a Libyan company amounting to Sh2.5 billion were still being held by the Treasury for the project.

“The money is held in trust by Treasury for the project,” the minister said of the project, reported to be close to President Kibaki’s heart. The minister cautioned land speculators who have swarmed Lamu hoping to make a killing when the government eventually embarks on the construction of the port. “They (speculators) should know that land in Lamu will not be acquired by government,” he said.

China and Japan are among the countries that have shown an interest in funding the Lamu Port project.

According to theory, grandly designed infrastructure projects tend to pose high corruption risks. Corrupt influence may be brought to bear especially at the design stage on projects, their scope and components made unnecessarily complex just to increase the potential for corrupt earnings especially during procurement.

These days, anti-corruption watchdogs advise that all large and complex infrastructure projects be subjected to thorough corruption-risk assessment right from their feasibility studies stage to the very end. I make the remarks as an entry to point to a discussion on the multi-billion shilling Lamu Port project.

By all accounts, this is a grandly-designed project with multiple components. Is it not just astonishing that we are going to pay the consultant a massive Sh3.2 billion for a nine-month feasibility study?

Already, the consultant, Japan Port Consultants of Tokyo, has been paid Sh500 million hardly three months after being contracted.

The thinking behind the conception of this project is the following:

First, the government recognises that it will not be able to raise the money to finance the actual building of this mammoth project. In the circumstances, it is convinced that the best option is to invite private sector operators to finance and build the port, and then operate it for a given length of time under a concession before it is eventually returned to the government’s ownership. The arrangement is what is known as a “build operate and transfer” project, commonly referred to as BOT.

The billions of shillings we are spending on the studies and “detailed designs” are meant to generate information the government will use to lure interested investors. Indeed, part of the reason why we are paying the colossal amount for the studies is because the Japanese have been asked to go to the extent of producing “detailed designs” for several components of the project.

Several questions arise. Why are we spending billions of shillings of taxpayers’ money to do detailed designs for projects we intend to sell to third parties who will have their own ideas of how to build the port? Does this make economic sense?

Why can’t we just do inexpensive basic studies and leave actual detail-designing to be handled by prospective BOT investors, depending on their financial and technical capacities? As it is, we risk ending up with piles of expensively produced designs for projects which might not see the light of day.

We have several cases where public institutions have had to pay millions of shillings for designs of projects, which did not take off.

Last year, the National Hospital Insurance Fund paid Sh390 million to consultants who did detailed designs for a training centre the fund had planned for in 2001 in the Karen area. The project did not materialise.

Then there is the case where the State-controlled Kenya Re-insurance Corporation in 1997 spent hundreds of millions of shillings for designs for a multi-million shilling airport transit hotel, which was never built.

Clearly, the scope of feasibility studies job for the Lamu Port project has been made unnecessarily complex. In all, it has a total of seven components. It encompasses a master-plan, including detailed designs for the first three berths.

Then there will be studies for a standard gauge railway line between Lamu and Juba, an oil pipeline from Lamu to Lokichoggio and Moyale, an oil refinery, new road networks, a new airport and a free port, and fibre-optic cables. In addition, three resort cities are to be built at Manda Bay, Isiolo and on the shores of Lake Turkana.

Without doubt, the Lamu project is a good one. The whole idea of creating an alternative transport corridor makes a great deal of sense. If we don’t do a good job of the cost and scope of the feasibility study, we may end up with corruption and several white elephants.