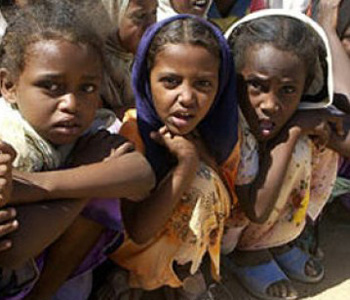 Ms. Sheila Keetharuth Special Rapporteur on the situation of human rights in Eritrea says the policy of compulsory military service was akin to forced conscription as those recruited are forced to work without adequate remuneration.

In a report to the UN Human Rights Council, Ms Keetharuth says up to 4,000 Eritreans among them hundreds of unaccompanied minors, are fleeing the country every month to escape repression and lack of basic freedoms.

“Excessive militarization is affecting the very fabric of Eritrean society, and its core unit, the family. The indefinite national service is depriving the women and men of Eritrea of their most productive years. They are unable to provide for their families, which exacerbates the living conditions in a society where many people struggle to meet their basic needs. Severe curtailment of freedom of movement, opinion, expression, assembly, association and the right to freedom of religion warrant serious concern. The restrictions of these rights, which are the very cornerstones of democratic societies, create a climate of fear fuelled by rumours, propaganda and suspicion. The result is an all-encompassing feeling of fear and distrust, even within families. The arbitrary use of power by the State is violating the most fundamental principles of the rule of law. This is coupled with a complete absence of accountability mechanisms to bring those responsible for the human rights violations to justice.”

She says although Eritrea was on track to attaining six out of eight Millennium Development Goals (MDGs), this must be accompanied by respect for human rights and basic freedoms.

Eritrea has rejected the mandate of the Special Rapporteur and has declined to invite her to visit the country.