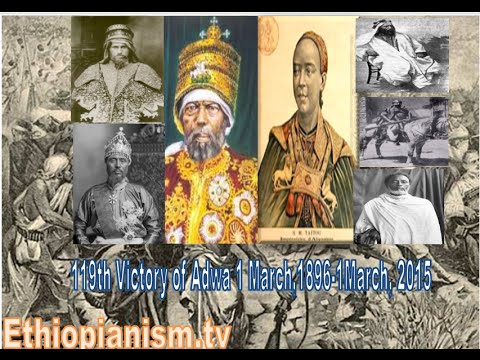 Italy the late comer to the scramble for Africa in the late 19th century   was allocated to Ethiopia but just needed to take control. The Italians and the rest of the European powers present at the Berlin Conference 1885 wrongly assumed that Ethiopia was made up of rival tribes fighting one another and thought it would be a quick promenade for their 20,000 strong highly trained invasion forces. They never thought  what they call “tribal back word sa