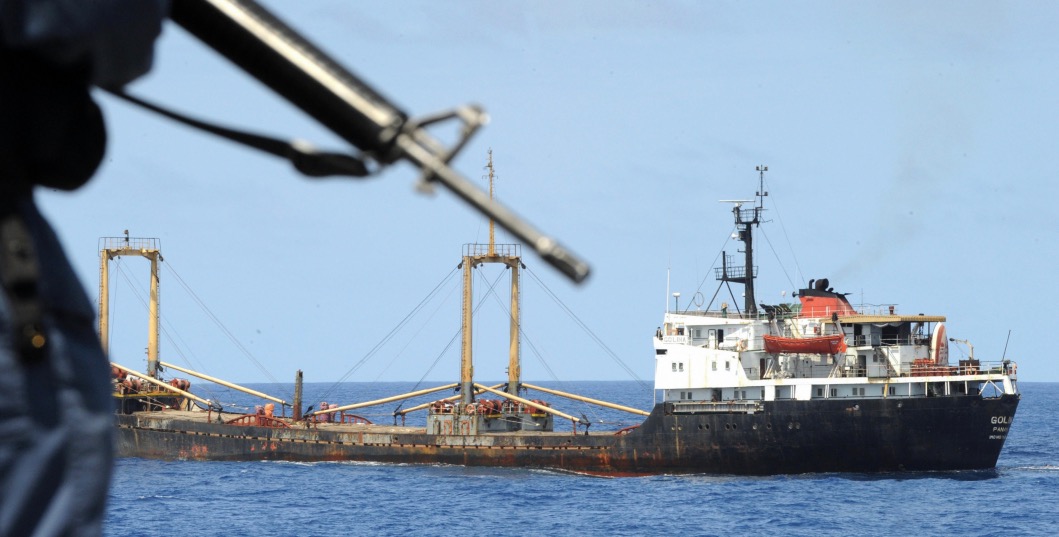 The Horn of Africa region is central to the world’s maritime trade. It’s also beginning to fall apart.

Back in 2002, Meles Zenawi, then prime minister of Ethiopia, drafted a foreign policy and national security white paper for his country. Before finalizing it, he confided to me a “nightmare scenario” — not included in the published version — that could upend the balance of power in the Horn of Africa region.

The scenario went like this: Sudan is partitioned into a volatile south and an embittered north. The south becomes a sinkhole of instability, while the north is drawn into the Arab orbit. Meanwhile, Egypt awakens from its decades-long torpor on African issues and resumes its historical stance of attempting to undermine Ethiopia, with which it has a long-standing dispute over control of the Nile River. It does so by trying to bring Eritrea and Somalia into its sphere of influence, thereby isolating the government in Addis Ababa from its direct neighbors. Finally, Saudi Arabia begins directing its vast financial resources to support Ethiopia’s rivals and sponsor Wahhabi groups that challenge the traditionally dominant Sufis in the region, generating conflict and breeding militancy within the Muslim communities.

Fourteen years later, reality has exceeded Zenawi’s nightmare scenario; not only has every one of his fears come to pass, but Egyptian President Abdel Fattah al-Sisi and Saudi King Salman bin Saud are working hand-in-glove on regional security issues — notably in Yemen and Libya — which has raised the stakes of the long-running Egypt-Ethiopia rivalry. If the worsening tensions in the Horn of Africa erupt into military conflict, as seems increasingly possible, it wouldn’t just be a disaster for the region — it could also be a catastrophe for the global economy. Almost all of the maritime trade between Europe and Asia, about $700 billion each year, passes through the Bab al-Mandab, the narrow straits on the southern entrance to the Red Sea, en route to the Suez Canal. An endless procession of cargo ships and oil tankers passes within sight — and artillery range — of both the Yemeni and African shores of the straits.

Can Europe Connect the ISIS Dots?
The Brussels attacks expose yet again the bureaucratic walls that prevent European agencies from sharing intelligence on terror threats. Zenawi’s nightmare scenario, in other words, may soon become the world’s — and no one has a white paper to prepare for it

Zenawi’s nightmare scenario, in other words, may soon become the world’s — and no one has a white paper to prepare for it.A crisis in the Horn of Africa has been a long time in the making. The regional rivalries of today date back to 1869, when the Suez Canal was opened to shipping, instantly making the Red Sea one of the British Empire’s most important strategic arteries, since almost all of its trade with India passed that way. Then as now, the security of Egypt depended on control of the Nile headwaters, 80 percent of which originate in Ethiopia. Fearful that Ethiopia would dam the river and stop the flow, Egypt and its colonial masters attempted to keep Ethiopia weak and encircled. They did this in part by divvying up rights to the Nile’s waters without consulting Addis Ababa. For example, the British-drafted Nile Waters Agreements, signed in 1929 and 1959, excluded Ethiopia from any share of the waters. As a result, Egypt and Ethiopia became regional rivals, intensely suspicious of each other.

The Nile remains a high-profile source of tension between the two countries to this day; Sisi’s state visit last year to Ethiopia failed to achieve much, in large part because of Egypt’s unease over a huge Ethiopian hydroelectric project on the Blue Nile. But another important source of friction between the two countries has centered for some time on two of Ethiopia’s volatile neighbors — Eritrea and Somalia — which Cairo has long viewed as useful partners to secure its interests along the Red Sea littoral. Ethiopia has shown it will resist what it views as Egyptian encroachment near its borders. From 2001 to 2004, for instance, Ethiopia and Egypt backed rival factions in Somalia, which prolonged that country’s destructive civil war.

These fractures in the Horn of Africa have been deepened by Saudi Arabia’s reassessment of its security strategy. Worried that the United States was withdrawing from its role as security guarantor for the wider region, it resolved to build up its armed forces and project its power into strategic hinterlands and sea lanes to the north and south. In practice, that has meant winning over less powerful countries along the African coast of the Red Sea — Sudan, Eritrea, Djibouti, and Somalia — a region that Ethiopia has sought to place within its sphere of influence.

The Saudi presence along the African Red Sea coast has grown more sharply pronounced since its March 2015 military intervention in Yemen, which drew in Egypt as part of a coalition of Sunni Arab states battling Iran-backed Houthi rebels. The coalition obtained combat units from Sudan and Eritrea, and scrambled to secure the entire African shore of the Red Sea. Then in January of this year — under pressure from Saudi Arabia — Djibouti, Somalia, and Sudan all cut diplomatic ties with Iran. By far the most significant of these was Sudan, which has had long-standing political and military ties with Tehran. For years, Iranian warships called at Port Sudan, and Iranian clandestine supplies to the Palestinian militant group Hamas passed freely along Sudan’s Red Sea coast (occasionally intercepted by Israeli jet fighters). Now Sudan is part of the Saudi-led coalition pummeling the Iran-backed Houthis.

But the most important geopolitical outcome of the Saudi-led Yemen intervention has been the rehabilitation of Eritrea, which capitalized on the war to escape severe political and economic isolation. After it gained independence from Ethiopia in 1993, Eritrea fought wars with each of its three land neighbors — Djibouti, Sudan, and Ethiopia. It also fought a brief war with Yemen over the disputed Hanish Islands in the Red Sea in 1995, after which it declined to reestablish diplomatic relations with Sana’a and instead backed the Houthi rebels against the government.

After the Ethio-Eritrean border war of 1998-2000, Eritrea became a garrison state — with an army of 320,000, it has one the highest soldier-to-population ratios in the world — and Ethiopia led an international campaign to isolate it at the African Union, United Nations, and other international bodies. This was made easier by Eritrea’s increasingly rogue behavior, including backing al-Shabab militants in Somalia. The imposition of U.N. sanctions in 2009 brought the country to the brink of financial collapse.

But the war in Yemen gave Eritrean President Isaias Afewerki a get-out-of-jail-free card. He switched sides in the Yemen conflict and allied himself with Saudi Arabia and its Gulf partners. As a result, the Eritrean president is now publicly praised by the Yemeni government and welcomed in Arab capitals. His government is also reaping handsome if secret financial rewards in exchange for its diplomatic about-face.

But the fact that Eritrea has decisively escaped Ethiopia’s trap does not mean it has suddenly become a more viable dictatorship. On the contrary, the renewed geostrategic interest in the country and its 750-mile Red Sea coast make the question of who succeeds Afewerki, who has been in power for a quarter century, all the more contentious — especially since Ethiopia has long sought to hand pick a replacement for the Eritrean president. Already, Ethiopia mounts regular small military sorties on the countries’ common border to let Eritrea know who is the regional powerbroker. It would not take much for these tensions to explode into open war.

Saudi Arabia’s revamped security strategy has also meant a sudden influx of Arab funds into Somalia. The Saudis promised $50 million to Mogadishu in exchange for closing the Iranian embassy, for example, while other Arab countries and Turkey have spent lavishly to court the allegiance of Somali politicians. This is partly intra-Sunni competition — Turkish- and Qatar-backed candidates pitted against those funded by the Wahhabi alliance — but it also reflects Somalia’s increasing geopolitical importance. In the country’s national elections scheduled for September, Arab- and Wahhabi-affiliated candidates for parliament could very well sweep the board.

All of this has made Ethiopia very nervous — as it should. The tremors of the region’s shifting tectonic plates may not directly cause a major crisis. The more probable outcome is deeper divisions between Egypt and Ethiopia, which could cause a proliferation or deepening of proxy disputes elsewhere in the region, such as the two countries’ competing efforts to shape the future leadership of Eritrea and Somalia.

Still, it’s impossible to rule out the possibility of a dramatic security crisis stemming from the shifting regional balance of power. It could come in the form of renewed fighting over Eritrea’s still-disputed land borders, or spinoffs from the war in Yemen, such as the eruption of maritime terrorism. That would lead to a dramatic escalation of the militarization of the region. It would also threaten to entirely close the region’s sea lanes — the ones that are so central to global commerce.

Unfortunately, the international community is sorely unprepared for such an outcome. A well-established, multi-country naval coalition patrols the sea lanes off Somalia’s coast to combat piracy, but no international political mechanism currently exists to diffuse a regional crisis. In the relevant bureaucracies that might be called upon in an emergency — from the United Nations to the U.S. State Department — Africa and the Middle East are handled by separate divisions that tend not to coordinate. The EU’s special envoy for the Horn of Africa, Alex Rondos, has taken the lead in developing an integrated strategy for both shores of the Red Sea, but the EU’s foreign policy instruments are ill-suited to hard security challenges such as this that span two continents.

For its part, the African Union has developed a sophisticated set of conflict management practices for its region. It has taken a hard line against coups and pioneered the principle of non-indifference in the internal affairs of member states — foreshadowing the doctrine of “responsibility to protect.” Its summits serve as gatherings where peer pressure is used for the informal management of conflicts, with more success than is usually recognized. The Gulf Cooperation Council, the regional alliance of Gulf monarchies that would inevitably be involved in a major regional dispute of this kind, should learn from these African best practices. That would require a dramatic change in the mind-set of Arab royal families, which assume that their relationship with Africans is one of patron and client. Too often, the Africans reinforce that mind-set by acting as supplicants. For example, when the African Union sent a delegation to the Gulf countries in November, the agenda wasn’t strategic dialogue or partnership — it was fundraising.

But to prevent Zenawi’s “nightmare scenario” from coming to fruition, the Africans and the Arabs need to recognize the Red Sea as a shared strategic space that demands their coordination. A sensible place to start would be by convening a Red Sea forum composed of the GCC and the AU — plus other interested parties such as the United Nations, European Union, and Asian trading partners — to open lines of communication, discuss strategic objectives for peace and security and agree on mechanisms for minimizing risk. The fast-emerging Red Sea security challenge is well suited to that most prosaic of diplomatic initiatives — a talking shop.

The problem is, all these actors tend to start talking only after a crisis has already exploded. Here’s a timely warning.