The Ark’s curses and Blessings 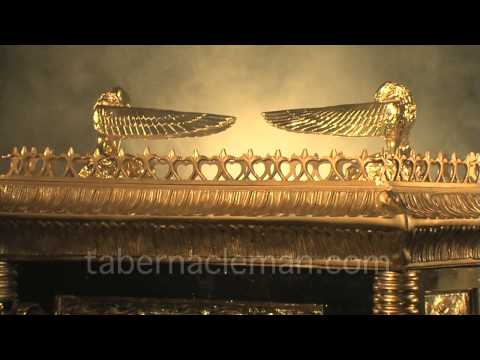 The Makings of the Ark  & Tabernacle

Solving History with Olly Steeds: Ark Treasures Video
02:24
On an Ethiopian island close to the headwaters of the Nile, Coptic priests show Olly Steeds sacred artifacts that may have accompanied the Ark of …
yourdiscovery.com
The Ark of the Covenant and Famine in Ethiopia

The Ethiopians  and the Ark

The Ark of the Covenant and Famine in Ethiopia

I was just recently baptized in the Coptic Church in Phoenix, Arizona and ended up looking at this subject again for the first time in about four years. I had an excellent post showing that there were actually Two Tabernacles (with a break down of all the verses and the thought process involved) which reconciled all the various information from the Scriptures, but it is now, alas, lost in cyberspace, but if you trace out all the references in the Old Testament, with this knowledge, then it reconciles all the differences and makes perfect sense.

Point is, because the offering of the Israelites was so generous, Moses was able to build two complete sets of Tabernacles and Arks for the Two Sets of the Ten Commandments.

The  Jews and the  Ark

The Islamic Version of the Ark

—
After this, Solomon gave the first Tabernacle and Ark to the Queen of Sheba (Scripture tells us that he refused her nothing that she asked for) where it made its way to Ethiopia because he wanted to consolidate his rule and decided that having two Arks might be an impairment to this goal.

Now, a third Ark was actually made around the time of Jeremiah who hid the Second one (which he subsequently took to Egypt with him when he was forced to leave Israel and, legend has it, he got on a boat with it and sailed to the British Isles where he took it onto another boat and was gone for a year or too and came back without the Ark) and placed the third in the Temple just before the Babylonian Invasion and this is the Ark that was seen by the Priest for a moment when Israel took Jerusalem in 1967 (and possibly the one that the blood from the crucifixion of Y’shua dripped onto if you believe one source).

Now, the significance of the first Ark being in Ethiopia is that, during the year 2008 I went on a tare for Ancient (Antediluvial) wisdom and knowledge and read a whole host of books on various subjects including on the Great Pyramid and, during the course of those studies, I determined that Ethiopia was known in the Antediluvial World as the Home of the Gods. There is actually a Hieroglyph (which actually means God) for them and their land and it is composed of, what to me looks like Three Flags standing for the Trinity so, in a sense, the Ark would just be returning home, in a manner of speaking and this gives reasoning and motivation for Y’hava to allow the Ark to depart from Israel in the first place.

Now, it appears that Ethiopia has a history of Famine which most of us knew already, and that there is possibly another one on the way from what a couple of articles on the net recently said (circa June 2009).

I mentioned above that the Ark that the Ethiopians were given was the one that was responsible for the drought and famine in Israel in the days of David and this, then, indicates that, in fact, Ethiopia still has the Ark of the Covenant, regardless of those who say that it was sold back to the Israelites in the 80’s for 42 Million Dollars or stolen by the Scots a while back.

Now, the problem is that the Ark was supposed to be atoned once every year on Yom Kippur and this, assuredly, has not been done and thus, about once every generation the sins of the people or politicians gets to the point where judgment is poured out until atonement is achieved and then they are good for another 20 or 30 years or so.

If we have reached that point again then there is a couple of options they could try in order to stop the famine.

They could have the Guardian, Abba Tesfa Mariam, try and ask the Lord what the problem is and how to make reconciliation so that the famine can be stayed.

The other – risky – option is for Abuna Pauolos, Patriarch of the Ethiopian Orthodox Church, to have communion at the Church were the Ark is and then, after Transubstantiation and before anyone takes communion, take the Chalice with the Blood into the Holy of Holies and anoint the Mercy Seat in the same manner that the Levites would on the day of Atonement and then, in theory, the Ark would be reconciled with the House and people of Ethiopia for the life time of that Bishop and then, when another Bishop is elected, he should go through the same process once during his ministry (this is based on the Blood of Y’shua being greater then of the animal sacrifices, but still limited by the Priestly Office itself and thus, with the cities of refuge a person was stuck in the city until the High Priest died taking his sins with him to the grave, and a new High Priest was elected), probably on Yom Kippur of the year he comes into office.

Because the Levitical Priesthood was decommissioned at the time the High Priest ripped the Holy Robe at Y’shua’s trial, it is not possible to use that Priesthood (or those sacrifices including that of the Ashes of the Red Heifer) until such a time as the Lord re-commissions it and, therefore, Atonement must be performed by the Christian Priesthood and the only sacrifice we offer is the Eucharist.

It is my hope that someone will see to it that this information gets to the appropriate people so that something can be done about this situation before it gets any worse.