Ethiopians are dying baking Injera than Aids and Malria, UN 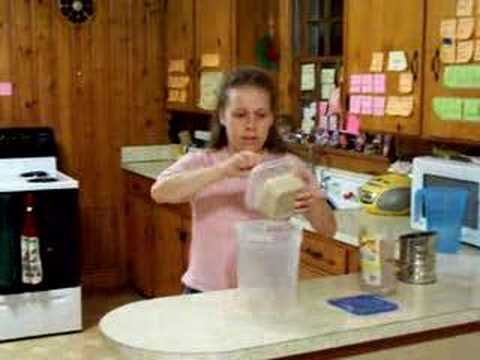 Respiratory illness from cooking on primitive stoves, like this one in Ethiopia, will be causing 4,000 premature deaths each year by 2030 if nothing is done to address the problem.

This story is part of a special series that explores energy issues. For more, visit The Great Energy Challenge.

The United Nations’ goals for fighting extreme poverty—an effort being assessed at a summit this week in New York—will fall short unless nations also work to bring electricity and modern, safe cooking technology to the billions of “energy-poor” people around the globe, a new report says.

The worsening problem of energy poverty, however, can be solved without breaking the banks of nations—and without a significant worsening of the climate change problem, said the study released Tuesday by the International Energy Agency (IEA) and two UN bodies, the Development Programme (UNDP) and the Industrial Development Organization (UNIDO).

Providing modern energy to the very poor—the population that the United Nations seeks to reach in its Millennium Development Goals program—would require an annual investment of about $41 billion per year over the next five years, or just 0.06 percent of global GDP, said the report.

Tackling the larger goal of universal energy access— reaching all 1.4 billion people who lack access to electricity and the 3 billion relying on unventilated and inefficient wood, charcoal, and dung cooking stoves—would require only a modest increase in carbon dioxide emissions, the report calculated. That’s because the amount of fuel needed to address basic needs is small, and the opportunities for using cleaner energy are great. If the world takes the problem on, by 2030, global electricity generation would be just 2.9 percent higher, oil demand would rise less than 1 percent and carbon emissions would be just 0.8 percent higher than the world’s current trajectory.

“This is what is most compelling—the evidence that there is no reason why we should not make this commitment,” said Kamal Rijal, the UNDP’s policy adviser on sustainable energy and co-author of the report. “The money is not a problem and in terms of climate it is also not as big as people think. And from a health standpoint, it would save so many lives.”

The report said that if nothing is done to address energy poverty, by 2030 nearly 4,000 people per day around the world will die due to the toxic smoke and indoor fires from unsafe primitive cookstoves—more than the premature death estimates for malaria, tuberculosis, or HIV/AIDS. The “greatest challenge,” the report said, is in sub-Saharan Africa, where only 31 percent of people have electricity and 80 percent are using so-called “traditional biomass” for cooking. Exposure to burning crop waste, wood, or dung burned on open fires causes lung and heart disease as well as acute respiratory ailments.

The report was released amid a three-day summit on progress toward the UN’s Millennium Development Goals, a kick-off to this week’s opening of the General Assembly. Nearly 140 heads of state and high-ranking government officials were expected to attend the session to identify what remains to be done to reach the goal adopted by the UN in 2000 to address the world’s most extreme poverty by 2015.

Secretary-General Ban Ki-moon has signaled that he views access to energy as essential for reaching that goal, after a special advisory panel this spring detailed the importance of energy in assuring proper function of health clinics and schools, providing pumping capacity for clean water and sanitation, and assuring delivery of food. Ban is expected to call on the United Nations to adopt a goal of universal world energy access by 2030.

Of course, the UN already had has trouble gaining the financial commitments needed to achieve its Millennium Development Goals on poverty without adding a new challenge on energy. The UN has called for nations to set aside 70 cents of every $100 generated by their economic activity to fight poverty. But only five European countries now meet that level of giving, and the United States, which has never agreed to the target, spends no more than 20 cents per $100 of GDP.

To finance global energy solutions for the poor, aid agencies will need to break from thinking that they need to fund huge projects or model initiatives, said Thomas Taha Rassam Culhane, co-founder of Solar CITIES, a nonprofit organization that works with residents of the poorest neighborhoods in Cairo, Egypt, and other African countries to install rooftop solar water heaters and home-scale biofuel systems. Instead, Culhane, who was a 2009 National Geographic Emerging Explorer, argues that aid organizations should use their financial clout to buy in huge quantity the materials needed for small energy and cooking projects and make them available to people in poor communities at a radically reduced cost. That would liberate their innovation and entrepreneurial skills, he says.

For example, a biogas digester that takes less than a day to turn kitchen scraps and other organic waste into clean-burning methane that can be used for cooking and electricity would cost $400. “For people living on $2 a day, this is a tough investment,” said Culhane. But with help to buy such systems for groups of residents, communities could easily switch from primitive cookstoves and tackle waste-related health problems at the same time.

“We need to emphasize ‘parts and patterns’ rather than ‘packages and services,’ ” he said. “People can be fairly easily given capacity building training to solve their own energy problems.”

Just such an effort to address the cookstove problem was launched Tuesday by the United Nations Foundation, the nonprofit begun by media billionaire Ted Turner to support the UN in its work. Secretary of State Hillary Clinton announced a $50 million U.S. contribution to the public-private partnership, the Global Alliance for Clean Cookstoves.

In addition to biogas digesters, potential solutions include advanced biomass cookstoves that greatly reduce the products of incomplete combustion, and stoves that use liquefied petroleum gas, or LPG (of which propane is a form).

Advanced biomass and biogas are considered carbon-neutral fuel sources by some experts, because they offset more emissions than they create. And even though LPG is not free of greenhouse gas emissions, it would greatly reduce global warming and health impacts compared with fuels currently used in primitive cookstoves. Inefficient wood and waste stoves create black carbon particulate emissions, a large contributor to climate change that has a devastating impact on health. Women and children are disproportionately affected by respiratory illnesses such as pneumonia that can be caused by breathing in the smoke, says Richenda Van Leeuwen, senior director on energy and climate for the UN Foundation.

A variety of financing approaches—public-private partnerships like the cookstove alliance and microfinance—will be needed to reach the world’s energy-poor, said Van Leeuwen. The UN Foundation is working on coordinating a group of 20 UN agencies to develop a multi-year campaign to address the energy poverty issue.

Solar technology is one way to reach the world’s energy poor at an affordable cost, said Van Leeuwen. Even though the cost of big solar arrays on homes in the developed world continue to be expensive, solar lamps with battery storage that could provide good night lighting in a room and enough power to charge a cell phone are available for less than $30, she said. “While solar might be one of the most expensive options for rich people, it might be one of the least costly for the poor,” she said.

For the energy-poor who live outside of cities, local energy solutions such as solar or wind energy would be less expensive than connection to centralized power stations by extending electrical grids, the IEA-UNDP report said. About 85 percent of the people in the world who lack electricity live in rural areas, the report said.

The IEA has calculated that 100 kilowatt-hours per person annually is the amount of electricity needed to provide basic energy needs to those who now have none. The average U.S. household, with about three people, uses 11,040 kilowatt-hours per year. They look like pancakes but dont call them that. I did and heard that it is so wrong. This is the number one staple food in Ethiopia and it is more like bread made from fermented batter.

Ingera is made from a cereal grain that is unique known as Tef. Though t’efs is unique to Ethiopia it is diverse in color and habitat. Tef is a member of the grass genus Eragrostis or lovegrass. T’ef will grow in many areas it is not an easy crop to farm. One problem in particular is that the weight of the grain bends the stem to the ground.

Tef is nutritional miracle food. It contains two to three times the iron of wheat or barley. The calcium, potassium and other essential minerals are also many times what would be found in an equal amount of other grains. Tef has 14% protein, 3% fat and 81% complex carbohydrate.

Tef is the only grain to have symbiotic yeast. Like grapes, the yeast is on the grain so no yeast is added in the preparation of ingera.

Tef is milled to flour and made into batter. the batter is allowed to sit so the yeast can become active. When the batter is ready it is poured on a large flat oven and allowed to cook. This process is much harder than it sounds and it is recommended buying from an Ethiopian Market or Restaurant in your area. Make sure it is Tef Ingera not a substitute Western grains.