World Bank Keeper of Woyane on power in Ethiopia 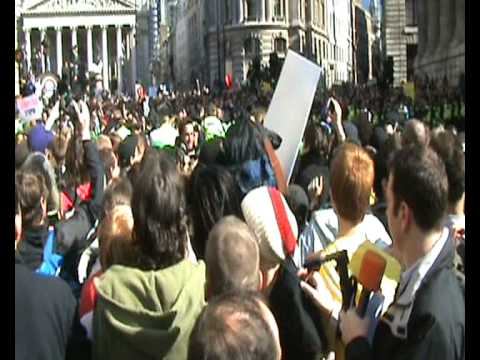 The World Bank is helping to fight poverty and improve the living standards for the people of Ethiopia. This country is one of the largest beneficiaries of the World Bank’s concessional lending program, the International Development Association (IDA),with a portfolio of 33 active projects worth around US$ 3.6 billion of which around US$ 2.1 billion is provided as credit and the remaining US$ 1.5 billion is provided as grant.
Active projects support initiatives across a number of areas including:

Pastoral Community Development Project II: a US$ 80 million with the objective of enabling pastoralists to better withstand external shocks and to improve the livelihoods of targeted communities. The project will empower local communities by increasing their engagement in woreda processes and local development decision making. It will also provide them increased access to social services; and better access to support for savings and credit activities. In addition, the project seeks to improve and expand the pastoral early warning system and the responsiveness of the disaster mitigation and contingency funds.
The project will be implemented in pastoral and agro-pastoral communities in 57 woredas of the Afar, Somali, SNNPs and Oromya Regions. About 600,000 rural households or approximately 45% of pastoral and agro-pastoral woredas in Ethiopia will benefit from the PCDPII project. Read more…
Urban Local Govt Development Project: US$ 150 million. The project is the next step in the World Bank’s program of support to Ethiopian cities. The objective of the project is to support improved performance in the planning, delivery and sustained provision of priority municipal services and infrastructure. Through the provision of Performance Grants, the project will provide incentives to cities to improve their performance in key areas related to planning, citizens’ participation in the planning process, financial management and service delivery, while at the same time enabling cities to invest in critical municipal infrastructure such as roads, drainage, sewerage, market places, etc. Read more…
Tana & Beles Integrated Water Resources Development: US$ 45 million project which aims to lay the foundation needed to accelerate sustainable growth in the sub basins by developing enabling institutions and facilitating investments for integrated planning, management, and development. The project will not only benefit Ethiopia but will also improve regional cooperation among Nile riparian countries. It also seeks to develop a new paradigm of institutional modernization and convergence in managing precious water resources, while also stimulating sustainable development. Read more…

WASHINGTON, October 22, 2009 – The Board of Executive Directors of the World Bank today approved a $350 million grant and a $130 million credit from the International Development Association to the Government of Ethiopia to support an innovative program that is keeping millions of families out of extreme poverty and helping them to achieve food security.

This financing is for the third phase of the Government of Ethiopia’s Productive Safety Net Program (PSNP) which provides transfers to 7.6 million rural citizens in 292 woredas in Afar, Amhara, Dire Dawa, Harare, Oromiya, Somali, Southern Nations and Nationalities (SNNP) and Tigray Regions.

Families participating in the Safety Net Program are the poorest and most food insecure in their communities. They earn a monthly transfer by working on public works projects for six months each year. For those participants who are physically unable to work, the Program provides direct grants. Transfers are predictable and timely, thereby enabling families to plan ahead to meet their food needs and preventing the sale of productive assets.

The PSNP goes beyond providing safety nets; it aims to address the underlying causes of food insecurity. Planned within an integrated watershed management framework, the public works under PSNP are designed to reverse a long history of environmental degradation and increased vulnerability to adverse weather. Since 2008, the Program became more flexible, able to scale-up the coverage, level, and duration of support to households in response to shocks in PSNP areas.

Recent reviews demonstrate that the Safety Net Program has registered some impressive results since its launch in 2005. Household food security has improved, especially when transfers are predictable and delivered on time. PSNP households reported a smaller food gap and consumed more calories (19.2%) in 2008 as compared with 2006.

Households participating in the PSNP have also invested in assets and have increased their use of education and health services. Growth in livestock holdings was 28.1% faster among PSNP households than non-participants. An estimated 73% of PSNP participants reported increased use of health facilities compared to the previous year, and the majority attributed this to the Safety Net Program.

But more needs to be done. The third phase of the PSNP will strengthen implementation to maximize the impact of the Program and will institutionalize the risk financing component of the PSNP, which allows the Program to scale up in response to shocks.

The World Bank will also provide financing to support the Government’s Household Asset Building Program (HABP), which is designed to assist food insecure households in PSNP woredas to transform their productive systems by diversifying income sources, improving productivity and increasing productive assets. The support to the HABP aims to make the program more efficient and effective, thereby maximizing the combined impact of the HABP and PSNP so that together they can support sustained graduation from food insecurity for the poorest households.
———

———–
“Food aid to Ethiopia in the past was often too little, too late, which meant families were often forced to sell livestock, tools or other productive assets to meet their daily needs,” said William Wiseman, the projects’ task team leader. “These programs are different because they provide support that families can count on – and the infrastructure, credit, and training that they need for long-term food security.”

The Safety Net Program is supported by a consortium of donors, namely, the Governments of the United Kingdom, Canada, Ireland, the Netherlands, Sweden, and the United States, as well as by the European Union and the World Food Program.

Red Shirt’s Massada of Thailand. A New Model of Urban Protestation for a regime change in Asia pacific.