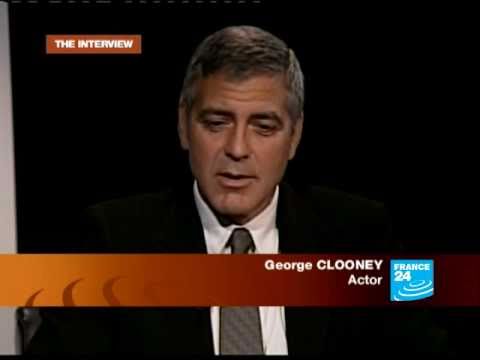 Sudan is a country that a drama of genocide and human slavery is being enacted from its foundation in a manner that should revolt all civilized people extending to the 21st century.  This in human   practice is expected to end at least in the South, on the 9th of January, 2010.    This  barbaric  border is traced to stop at the town of Abyie, where the Slave Bar is set since immemorial time.

“The status of Abyei was one of the most contested  being the border line that divided  the north Arab Slave traders and the south  ex slave abolitionists in the negotiation of the Comprehensive Peace Agreement. The 2002 protocol known as   Machakos Protocol, defined Southern Sudan as the area as of independence in 1956 from the British. This southern strongholds in Abyei, the Nuba Mountains and Blue Nile, were excluded from this unjust  Protocol. Despite effortless  SPLA negotiations  to give them the right to a referendum  to decide if they want to be under the administrative control of the north or south in the 9 January Vote of 2011, Khartoum refused and even declared to sabotage the whole protocol, otherwise . This had   undermined Abyie and the other two states to be the apart of a free   South Sudan after referendum. The government once again in 2005 blocked the chance of   Nubian and Blue Nile Areas to be free from slavery using the 2002 Machakos Protocol   as a pretext permit only to hold a symbolical “popular consultations” in 2011.” The Protocol put Abyei into a special administrative status government directly by the presidency and the precise borders of the area were to be determined by an Abyei Borders Commission (ABC), followed by a referendum commission to identify Messriya that are resident in Abyei and could thus vote in local elections in 2009; all the Ngok Dinka once the slaves of Messeriya were recognized as resident as Abyie being their traditional homeland. The cattle and once  slave riders were considered only as residence with limited rights which they off course contested.  Never has in history a slave master loosen his grip peacefully.

In 2009,  the Permanent Court of Arbitration (PCA) redrew the boundaries of Abyei, ceding key oilfields to north Sudan but gave the South most of the land including Abyei town which has huge areas of fertile land and one significant oilfield, which antagonized the existing mistrust between the  Arbo- Islamic North   and the  Afro   Christian   animist South.   The Christian Southerners have been for centuries abused by the Northern   Arab Slave riders.   Abyie has incarnated the century old conflict between the two.  The fate of Abyei is set to be decided in the coming vote of January 9, 2011 with the rest of the referendum with Southern Sudan. Abyei is due to decide whether it wants to become part of the south or remain with the north slave riders based on the compressive agreement 2005. In 2005 Abyie was considered as a special case to be treated separately, understanding the delicacy of the problem between the master and the Slave.  The borders have yet to be demarcated to comply with the court’s verdict because of threats leveled by the Misseriya tribe.

The Misseriay are known slave traders and cattle headers in the past. It is here in Abyei where the two people frequent one another, those Slave traders of the North and the Southern victims of the in human commerce once upon a time.  Today’s the north Arab is incarnated by the Misseriya and the South Africans by Dinka Ngok tribesmen in Abyei as once a flourishing center of Slave trade.  The later has been victim of slave trade for centuries even shamefully continuing to this day.

Recent accusation of Hassan Musa, one of the leaders from Misseriya tribe, the SPLM of undermining their rights to participate in the upcoming vote in Abyei has already prepared the upcoming conflict.

“We do not have any serious issue with brothers and sisters from Dinka Ngok which cannot be resolved. We have lived with them for over two decades as one and the same people until the SPLM signed peace agreement with the government,” said Musa. The leadership and general union of the Misseriya tribe recently accused the Sudan People’s Liberation Movement (SPLM), who controls southern Sudan, of undermining their right to participate in the upcoming referendum vote.  Abyie conflict is set to disrupt the whole of the Horn of Africa a main source of conflict set to explode on the day of the referendum engulfing the rest of the region into wanton war and destruction.  Furthermore, the conflict will drag not only the regional actors but also the international interest groups in the exploiting the black gold in Abyie   who have in any way to end the shameful human trade. The populations of Abyei are supposed to vote early next year on whether it wants to be part of North or Southern Sudan in a vote parallel to the south voting on whether it wants to secede from the north. Surely the African population of Abyie will vote to join their brothers of the South not of their slave masters the North advocated by the Misseriya minorities.

Khartoum’s Genocidal regime has employed  and financing  in Darfur the the Arab Janjaweed militia – who are  “cleansing ” black Africans from large swathes of territory. Some 2.7m people have fled their homes during the seven-year conflict in the western region of Darfur and the UN says about 300,000 have died. Slave riders in the West, Misseriya in the South and the  LRA (Koni) mercenaries of  Uganda  are set to completely  destabilize the region.

The  Slave masters of the north see  the Misseriya’s deal in the  the agreement of 2005 between the North and the South as the end of their century old slave trade. Their leader Musa explains to the recent article of Sudan tribune in the following terms putting the blame on the Southern liberators:-

“Any discussion between the two parties does not allow peaceful coexistence as priority because SPLM has never allowed it. SPLM leaders are not interested in any peaceful dialogue. They are always interested in division and demarcation of borders. They are the one who brought this division. They are the one who brought borders which have never been there, “said Hassan denying having had borders with Dinka Ngok before.  “We have never had borders with Dinka Ngok. They have never demanded drawing borders. We have never been divided because we have always been one and the same family. It is the SPLM which came with it and it is now the one working against peaceful coexistence between us and the Dinka Ngok. They have not given any chance to initiate dialogue on how to live together as brothers and sisters. “

The momentum of the conflict will reach it apex and is set to explode on the day of the vote if Abyie is allowed to participate on 9th of January 9, 2010 as a day that officially slave trade will cease to exist in Sudan.

The Misseriya tribe said they would not create instability but will use all masters.

“We do not have any intention to create instability in the area but we will not compromise our rights as Misseriya whatsoever,” Muse  said blaming the SPLM of working against their rights.

Juac Agok, a native Abyei and a prominent member of the SPLM in an interview with Sudan Tribune in Juba denied that the movement was preventing the Misseriya from exercising their rights. He confirmed in the same Journal:

He said that what the SPLM opposes is the inclusion of Misseriya to vote in the referendum. He knows in advance their position.

The referenda for the status of Abyei and south Sudan were agreed as part of the 2005 Comprehensive Peace Agreement (CPA) between the SPLM and NCP.

“The water and grazing rights of the Misseriya in the area as stipulated in the CPA and in the ruling of the permanent court of Arbitration have not been undermined,” said Agok, who is the acting of the SPLM chair in the area.

“They are the only people with residents of Abyei as mentioned in the CPA accorded full rights to vote at the referendum without any reference to Misseriya,” he said.

Abyei was transferred from southern Sudan into South Kordofan, which is part of northern Sudan, in 1905 by Britain who were the colonial power until Sudan gained independence in 1956.

The  October 2010 talks in Addis Ababa between the NCP and SPLM on Abyei collapsed due to the pro Khartoum government of Ethiopia working against the independence of the south by  seeming discord among each other in the background  rather than assuring the end of Slavery in the south.

Southerners in Abyei declared officially that they will not accept any proposal demanding renegotiation of the Abyei protocol signed in 2005 to end slavery definitively by voting for the referendum.

The Khartoum still insists on definition of eligibility and citizenship of those who will have to vote in Abyei referendum  though their rights and eligibility have already been defined and explained in the protocol.”

The Messeriya Slave owners   wanted to be able to vote in the Abyei referendum and accused the SPLM of denying them their rights. SPLM refused the Messeriya should be able to vote and their rights were already agreed in the Comprehensive Peace Agreement (CPA) between the SPLM and NCP in 2005. “All rights including that of Messeriya to seasonally move freely in the region with cattle and access grazing and water areas have been defined. Their rights according to the CPA are limited to water and grazing rights not to vote and continue to hold slave from the south.

“I do not see any other right of the Messeriya which has not been granted.” “Not only in the protocol, the Permanent Court of Arbitration has also identified boundaries which identifies and locates who has what right and who comes from where,” said Kuol, accusing the NCP of violating peace agreement. Kuol said that the NCP was using the Messeriya to try to affect Abyei’s by attempting to change the original agreement that only the Dinka Ngok would be able to vote in the regions referendum. This referendum, he said, according to the CPA, is meant only for the nine Dinka Ngok chiefdoms transferred to the Kordofan region in 1905 by the British under colonial rule. “When the nine Dinka Ngok were transferred, they were not transferred with Messeriya. They were transferred alone and so [this] is why the referendum is being organized for them. It does not include Messeriya,” he said. Acuil Akol Miyen, Abyei’s secretary of finance and administration told Sudan Tribune that the talks in Ethiopia were moving in a “snail style”. “The talks are slowly moving. Our delegations remain at the vicinity of the [negotiating] table ready and opened for an honest discussions,” said Miyen describing situation in the area as “relatively calm,” In the mean time “people are leading their normal lives. Commercial routes connecting the area are open,” he said. (ST)

The only viable solution for the Southerners including Abyie is to vote for freedom on the 9th of January2011 and trace  in the same token   the  coming destiny for the Independence of Darfur from the genocidal regime of Khartoum too.

Will January vote bring war or peace to south Sudan? 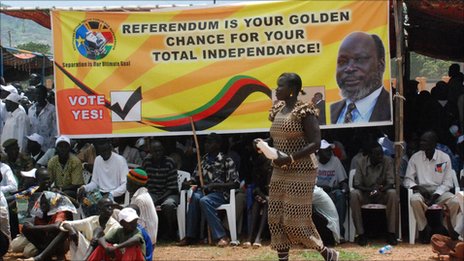