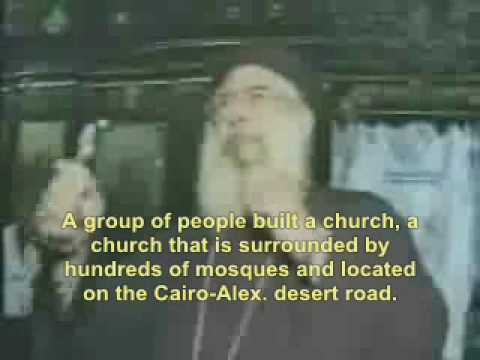 The recent sectarian destruction of Egyptian Coptic church in Egypt it’s ha long historical roots. Since the introduction of Islam in Egypt there has been confrontation between the two Abrhamic root religions.  I n the past the Abyssinian church was given arch Bishop from Egypt for over its first 1500 years history. In return the Ethiopian Kings had had responsibilities for the protection over the Egyptian& Nubian Christians. This was done either by direct writing the Egyptian rulers or using the Nile as a deterrent force against Egyptian rulers.  In 1950’s for the 1st time Ethiopia had severed its relation with the Egyptian Copts and start naming its own Abuna (patriarch). Both sisterly churches even reached to rivalry and are disputing for the guard of the Key of the Holy sepulcher   in the Old city Jerusalem. Since the Islamic insurrection on the Nubian and Egyptian Churches stop being under the protection of the Ethiopian Negus he was also the spiritual head of the Church.

In the past few years the Egyptian churches have been victim of sectarian attacks. In Ethiopia the sisterly Church has lost its force since the fall of the Negus 1974 Revolution. Thus the church in Abyssinia even did not condemn the burning of the churches let alone to take a position in their favor.

The last few days, Christian churches have been attacked not only in Egypt but also in Nigeria, and Iraq. Attacks against Christians are not uncommon in the Islamic world, driven by local issues and groups, but also coordinated, international groups at least in the point of view of the Egyptian authorities. There is a strong case to be made for the idea that there is nothing new in all of this.

Due to the concordance events in three countries match, the Egyptians are claiming   regional coordinated connections. For them the   attacks are not coincidental, a coordinated campaign is being conducted against Christian churches at least in these three countries.

A period of transition in Egypt, Iraq and Nigeria where the Islamic forces would like to put their domino with the help of extra territorial support.  No firm new government is in place, no dynamic leadership is provided the three strategic countries accompanied by sectarian upheavals. If the radical Islamists assert themselves now, they could well draw down the wrath of the security services. In that case, they would be no worse off than they were before. But if the impending succession crisis divides already sclerotic states, it might open the door to a resurgence of radical Islamism, in Jos Nigeria, in Baghdad in Iraq and in aging seen of the Egyptian presidency.