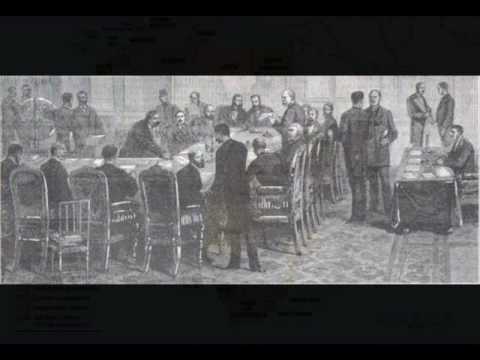 The Sunday January 9th vote is the beginning of the end for the African colonial sacrosanct frontier as endorsed in 1964 Organization of African Unity conference in Cairo Egypt recognizing the colonial pact of 1880’s that announced the Scramble for Africa.
The people of Southern Sudan will vote for freedom and will be independent from servitude. They will declare in favor of cutting their links with Khartoum and become Africa’s 54th state. This is the 1st of its kind that an African region becomes independence fighting slavery, religious imposition and internal strife.
The slogan of the Africa Union that Africa must unite did not stop the continent from being Balkanized to different micro states. Thus breaking artificially created colonial borders designed to keep the interest of the colonial powers than that of the African people even in post independent period.
In 1960s when most of the continent’s states were created with strong force the interest of the colonial powers were working on the ground. The leaders were forced to inherit the artificial borders just to please their masters in the pretext of fear of war that will befall upon them if they do the contrary, except few who took arm and fought but still at last inherited the same share of the cake. These artificial borders they had inherited had been drawn by the European powers who divided the continent according their Marge of in interest in the Scramble of 1880’s. These artificial orders which scramble Africa cut through ethnic groups, dividing peoples and even families. The colonial powers threw together men and women who had differences of language and religion.
The dilemma of the then Africa’s leaders were to decide to accept these frontiers- believing that if they reject them it will set every new country against each others throat. But to this day the continent has been victim of the heritage of such wicked misgivings.
The 9th January referendum of Southern Sudan is the beginning of the end of these artificial frontiers leading to the eventual unity Africans in respect and reciprocity to one another.
In the 1960 the founders of pan Africanism thought that the independence and the unity of the Africans would come with unconditional unity in the post independence period. This has proved wrong the last 50 years. It is now a new era where the colonial boarders will fall and people will unite regionally once they are out of these colonial paradigm like Southern Sudan Starting 9th of January 2011. These news working principles must not be based on colonial heritage but on African traditional historical back grounds.
The same principle could be applied to stop the looming Nile war in the riparian states. The leaders of the 9 Nile countries , rather than fighting for the equitable share of the Nile waters based on colonial pact or arguing on rejected regional agreement made by one group against the other (Sudan &Egypt) rather open their doors and go to a referendum leading to regional confederation if they could not make an outright unity right now. This will create a new strong region surpassing the forces of division inherited from the scramble of Africa.