Tunisian Social Tsunami of 2011 threw the dictator out, cold breeze for Africans dictators 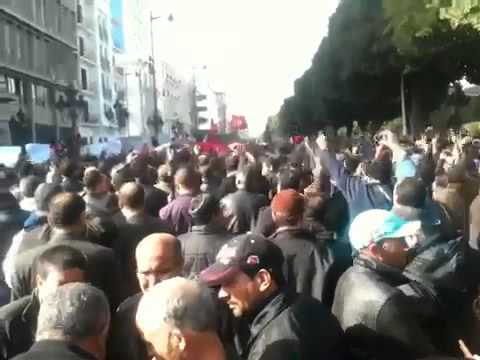 The Arbo African dictator Tunisian Prime Minister Ben Ali is forced out by the Social Internal Social Tsunami on the street of Tunisia.   The 1st month of 2011 is announcing by floods inundating many cities across the world. Human deluge in its turn has started to cleanse the African tyrants. Other Arabs and Africans   must follow the example set by the Tunisian to depose their dictators without expecting a miracle to fall from sky or unknown outside force to help them out.

This Internal Social Tsunami is set to take over by the increasing food price in the countries like the famine stroke Ethiopia where recently prices are kept artificially down against all odds by dictatorial decrees.Arab streets are now highly touched by these social deluge and their are moving – Algeria, Jordan, Morocco and Egypt is expected  soon to follow in order to remove  their militaristic dynasties in power.

“A dark and bloody page in Tunisia’s history has been turned with the departure of the dictatorship,” Maya Jribi, secretary general of the Progressive Democratic Party, the country’s main opposition party declared to international media.

“We demand to form immediately a coalition government to put Tunisia on the proper path of democracy and freedom.”

I t seems that the three who are call the new trilogy are the continuation of the Ben Ali and surely are not  a new face of change .

The news was met internationally with calls for Tunisians to form a new government in as peaceful a manner as possible.

Ben Ali, a 74-year-old former interior minister, had been president of the North African country since 1987, replacing self- styled “president for life” Habib Bourguiba when he was deposed in a coup.

His departure comes after a month of anti-government demonstrations that were brutally repressed by the police.

More than 60 protesters have been killed since mid-December, most shot dead by police firing on crowds with live bullets.

A state of emergency was declared in Tunisia on Friday evening. The army took control of the main airport in Tunis and Tunisian airspace was closed.

As a last gesture in a day where tens of thousands of people had again demonstrated nationwide, Ben Ali had fired his government and announced early elections.

But the demonstrators demanded nothing less than his immediate exit.

Friday’s protest in Tunis began peacefully but descended into chaos after the police fired tear gas into the crowd, causing a stampede that reportedly killed four people.

Ben Ali, who has been in power for 23 years, had been on the ropes since the authorities began firing on demonstrators protesting unemployment and high food prices since mid-December.

The police brutality shocked citizens of the habitually stable country, which lives mainly off tourism and agriculture, and fanned the flames of protest.

On Thursday Ben Ali was still trying to cling to power until the end of his mandate in 2014, telling Tunisians in a television address he was committed to democracy and “very sad” about the civilian deaths.

Yet, even after his television appearance, police continued to shoot at rioters who defied a curfew in Tunis, killing 13 people in two separate neighborhoods.

The protests began in the central town of Side Bouzid on December 17, with the self-immolation of a desperate, hard-up vegetable vendor outside a government building.

His action ignited a wave of protests that tapped into widespread discontent over high youth unemployment, rising food prices and rampant corruption.

I t is heard that the horn of African dictators are tightening their security not follow Tunisian model.   The Arabs are moving in Algeria and Jordan through the social media and Blogs to bring lasting social change.
———————————