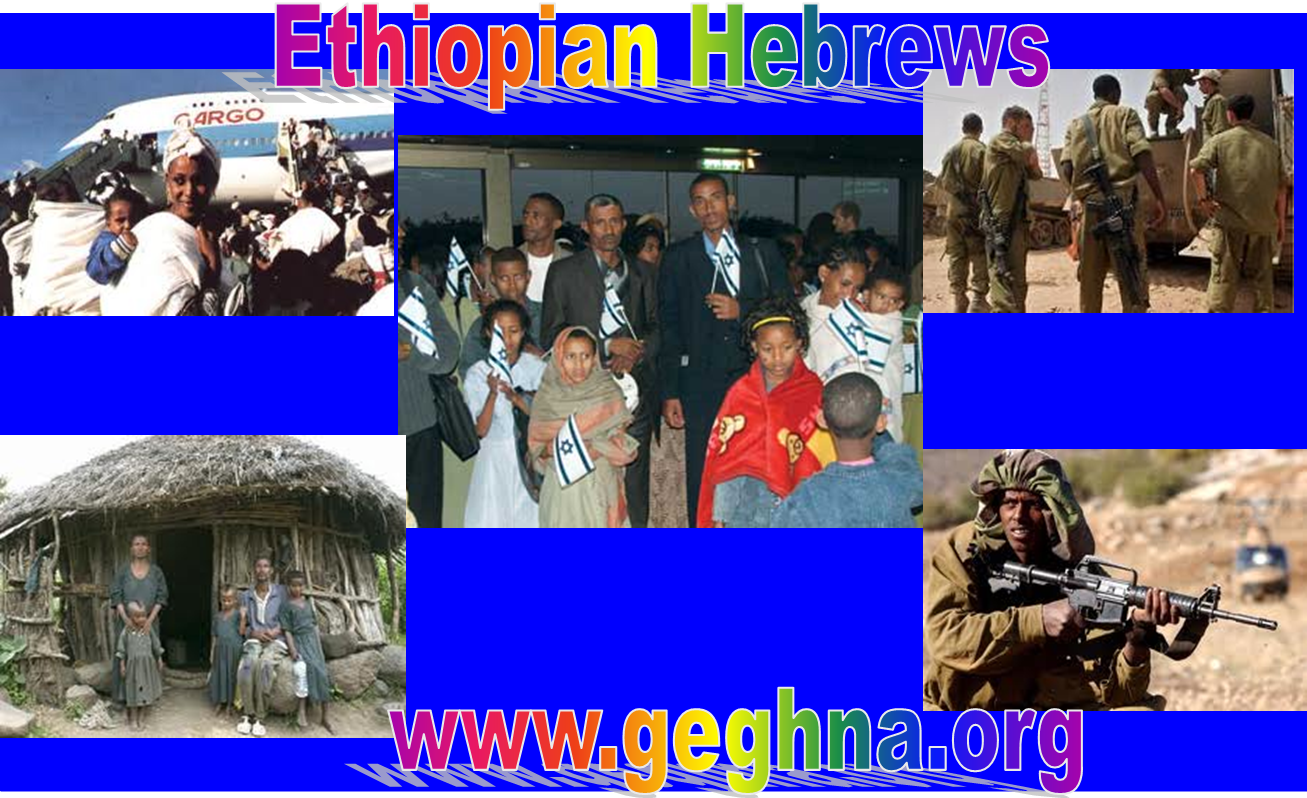 Thousands of Ethiopian Hebrews stigmatized as “Felasha Mora» have been languishing in camps in Addis Ababa with hope of    making Aleya to the Holy land.  Like any other  Hebrews all around the world, the Ethiopian Hebrews would have been well  supported even when they live in Ethiopia with different development projects  rather than taken to Israel and became a third class citizen. Very few  have integrated but ambivalently. In recent days many have left Israel for North America never finding «The Promised Land in exile.” The best job any Ethiopian Hebrew could find in Israel due to the generation gap is to be a member of Stahal, Israeli Defense Forces. The Jewish State  has been air lifting  thousands of Ethiopian Hebrews to Israel  the last three decades which increased the amount Ethiopians in the Holy Land over 100’000 . The    Ethiopian carrier with special order from Zenawie has refused to fly out the Hebrews the official reason given – lack of cabin space & Israel’s refusal to allow an increase in the number of weekly flights from three to five. Moreover, the Ethiopian dictator Melese refused to allow the Israeli planes to fly over. A second plane chartered for Thursday was also cancelled, the head of the Jewish Agency for their Return. He said.  “They are all now stranded in Addis Ababa outside the Jewish Agency compound,” he said.    Israel began bringing Ethiopia’s Jewish community to Israel in 1984 under the Law of Return. What is not clear is the position of the Israeli Jewish Agency by triply   stigmatizing the Ethiopian Hebrews known in Israel with a ticket name  “Falash Mura” –? 1. They are rejected and are not considered to be Jewish under the faith’s strict rules and therefore are not eligible under the law. 2. And at the same time  successive Israeli governments have authorized bringing them to Israel while  leaving those waiting in the Ethiopian capital  in the refugee camps to languished in misery  for years after telling them to go to Addis  and  the Agencies went to look some more in Gonder areas. 3. Thirdly create Air  carrier conflict with Zenawie regime and delay their family reunion, since most of them have relatives  left earlier.

Airlift of Ethiopian Falashmura posponed
Struggle to Save Ethiopian Jewry