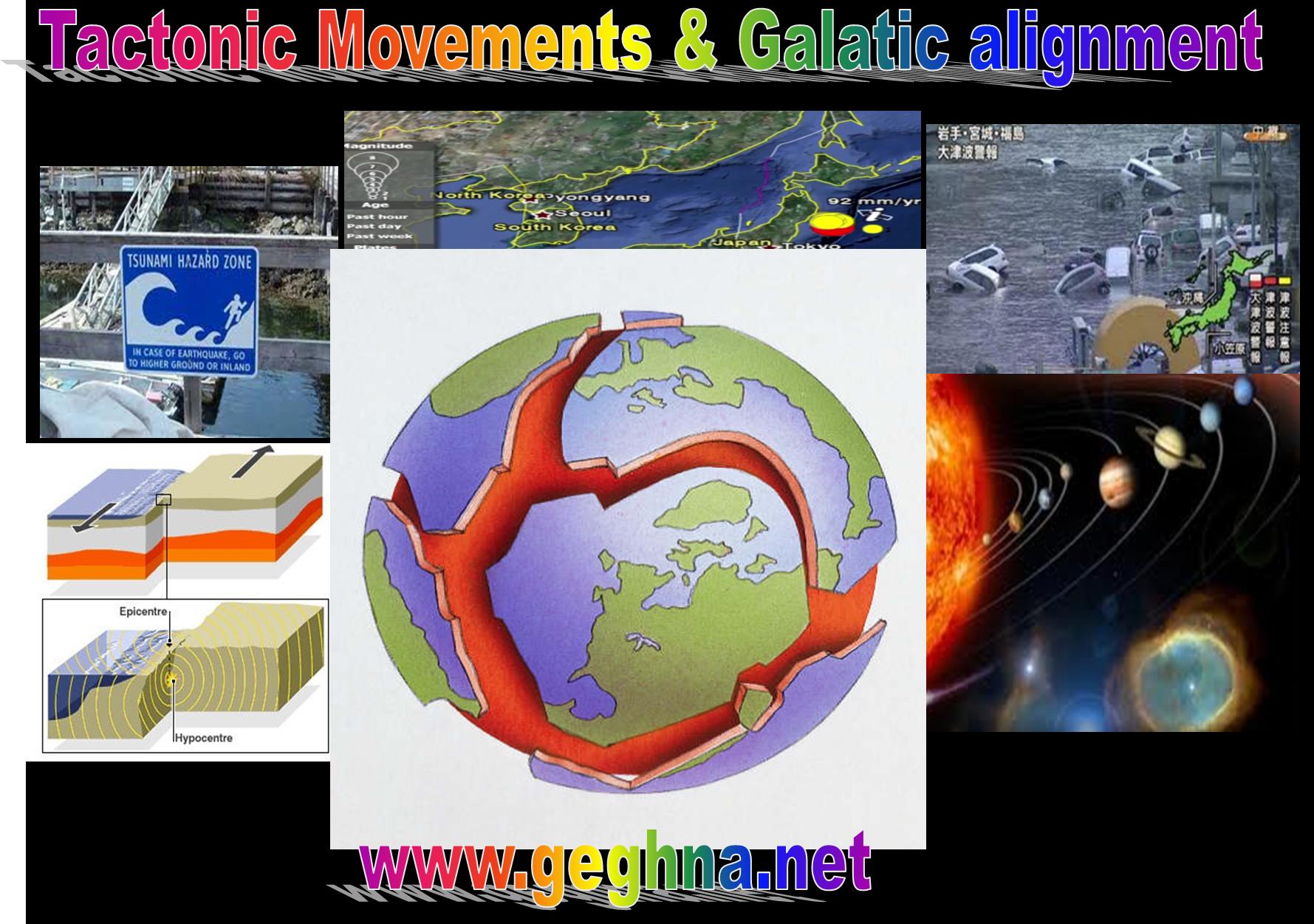 The New Earthquake and Tsunami that followed March 12, 2011 devastation will join our past and the coming history of   two remote times in Japanese and world civilization. In the Antediluvian time of pre 12000BCE, the region of Yonaguni not far from the joining point of the three tectonic plates Eurasian, Pacific and Pilipino, once existed   the Japanese Atlantis. It was constructed with great curved rock hewn city similar to the Ethiopian highland Lalibela churches. Today under water vanished from our memories swept away by the moving plates of the earth. One thing sue the Japanese civilizing had had build cities hewn from rocks predicting the coming danger. We hope the nuclear stations and the coming cities are built out of such stones by dispersing the population in larger areas…

Asian pacific tectonic movement manifested exactly 3 day s after the highest movement of Hawaiian volcano as a sign  for the coming extended  pacific tectonic movement, but nobody took  the necessary measures as usual.  We are taken by surprise   when today the 11 March, 2011  the Asia Pacific plates movement provoked 8.9 RT Earth Quack and followed by over 6 meters high Tsunami  hit the Northern Japan it might be  extending back to Hawaii again… The tectonic plates are activated all over the volcanic Islands in Pacific stretching from Asia pacific up unto Hawaii in approaching earth’s  moving in galactic  alignment.

The Aerial footage of the airport at Sendai, a coastal city of 1m situated 200 miles north of Tokyo, was completely flooded with only a small part of the runway visible, with many planes still on their stands as water lapped up to their undercarriages according to the image transmitted all over the world.

These the images in country highly prepared  and earth quake prone. After the Newthland’s quake it looks the earth calmed down.But last week the Hwaian volcano was spitting larva over 20 meter never seen before.

Today in Japan Large swathes the Sendai city also appeared to have been inundated by the wave of mud, water and debris which swept cars down the streets and even deposited a ship onto the breakwater at Kesennuma city in Miyagi prefecture.

In Tokyo the main Narita airport was closed, with all passengers evacuated and several of Japan’s nuclear power stations went through their automatic shutdown procedures, although pictures from central Tokyo showed cars moving and people calm.

At the Chiba oil refinery east of Tokyo, pictures showed one of the storage tanks engulfed in a ball of flames, pouring black smoke into the sky The new Oceanographic theory the global motions of tectonic plates  extends the theory of plate tectonics – a kinematic description of plate motion without reference to the forces behind it – with a dynamical theory that provides a physical explanation for both the motions of tectonic plates as well as motion of plate boundaries. The new findings have implications for how scientists understand the geological evolution of Earth in the past 50 million years.

According to the new  studay led by Wouter Schellart, at Monash University”s  tectonic plates move along the Earth”s surface at the speeds that are observed, the details of which were previously not well-understood.

Schellart and his team, including UC San Diego geophysicist Dave Stegman and Rebecca Farrington, Justin Freeman and Louis Moresi from Monash University, used observational data and advanced computer models to develop a new mathematical scaling theory, which demonstrates that the velocities of the plates and the plate boundaries depend on the size of subduction zones and the presence of subduction zone edges.

Stegman, who developed the computer models that helped the team reenact tens of millions of years of tectonic movement, said: “The scalings for how subducted plates sink in the earth”s mantle are based on essentially the same fluid dynamics that describe how a penny sinks through a jar of honey. The computer models demonstrate that the subducted portion of a tectonic plate pulls on the portion of the plate that remains on the earth”s surface. This pullresults in either the motion of the plate, or the motion of the plate boundary, with the size of the subduction zone determining how much of each.

“In some ways, plate tectonics is the surface expression of dynamics in the earth”s interior but now we understand the plates themselves are controlling the process more than the mantleunderneath. It means Earth is really more of a top-down system than the predominantly held view that plate motion is being driven from the bottom-up.”

This discovery explains why the Australian, Nazca and Pacific plates move up to four times faster than the smaller African, Eurasian and Juan de Fuca plates.

“It also provides explanations for the motions of the ancient Farallon plate that sank into the mantle below North and South America. This plate slowed down during eastward motion from about 10 centimetres (four inches) per year some 50 million years ago to only 2 centimetres (0.8 inches) per year at present,” Schellart said.

“This had a dramatic effect on the topography and the structure of the North American continent. Until 50 million years ago, the west coast of North America was characterized by a massive mountain chain similar to the present day Andes in South America, and ran from Canada in the north to southern Mexico in the south,” said Schellart.