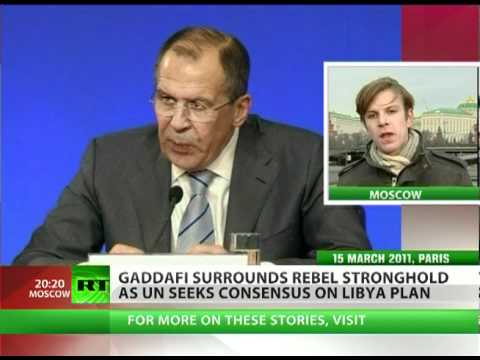 The New UN Security Council Resolution Set a New precedence to defend the civil society from the any reigning dictators, giving a new role for the UN as a protector of the people,  if the same measure is applicable to all member states  without double standard. The coming revolt against any dictators will use this model to defend themselves against the massacre by their own non elected leaders reigning with force like in Ethiopia, Ivory Coast, Burma  etc… The Resolution authorizes UN members to take “all necessary measures” to protect civilians and civilian centers; Gaddafi tells rebels that armed forces plan on taking over Benghazi; regime vows retaliation for intervention. “Today the Security Council has responded to the Libyan people’s cry for help,” US Ambassador to the UN Susan Rice said. “This Council’s purpose is clear: to protect innocent civilians.” The resolution demands the “immediate establishment of a cease-fire and a complete end to violence and all attacks, and abuses, of civilians.” The resolution stipulates that member states, upon notification to UN Secretary General Ban Ki-Moon and Arab League Secretary General Amr Moussa, can “take all necessary measures…to protect civilians and civilian populated areas, including Benghazi, while excluding a foreign occupation force of any form on any part of Libyan territory.”

The Security Council’s authorization of the use of force also includes the enforcement of a no-fly zone to protect civilians, as well as an enforcement of the arms embargo, banning all international flights by Libyan owned or operated aircraft. The resolution also freezes the assets of certain individuals and five entities including critical state-owned Libyan companies. A newly established Libyan Sanctions Committee is empowered by the resolution to impose sanctions on those who violate the arms embargo, including by providing Gaddafi with mercenaries. “The future of Libya should be decided by the people of Libya,” Rice said in her remarks to the Security Council. “The United States stands with the Libyan people in support of their universal rights.” The resolution was backed strongly by France, the United Kingdom and Lebanon. Ten countries voted in favor of the resolution. Russia, China, Germany, India and Brazil abstained. “Our resolution is aimed to protect Libyan civilians,” Lebanon’s ambassador to the UN Nawaf Salam said. “It will not result in the occupation of even an inch of Libyan territory.” Such resolution send cold breeze to the reigning dictators around the world as a new model to follow to liberate the subjugated nations around the world …?