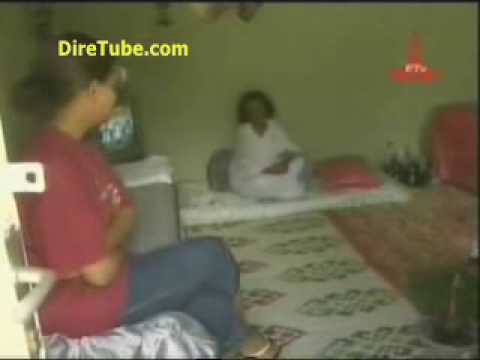 The Ethiopian opposition leader Birtukan Mideksa who was imprisoned for life  two times in post election riot   of 2005, and liberated two times with with so called   “dictatorial amnesty”  after recognizing the so called  ” crime committed “against the irredentist regime.

She was recently pushed to step down from the leadership of her party, Unity for Democracy and Justice (UDJ) Party. This was done first   in a pretext to take care of her immediate family and now to pursue higher education in the US. We are hopping the truth will finally come to light once in the US. And the whole world will know the veracity about the dictatorial regime of Melese Zenawie behavior. Birtukan is not the only one after   so called «dictatorial pardon» who has been forced to exile.

Birtukan was scheduled to leave for the US on Saturday, March 19, 2011, accompanied by her daughter. She is expected to arrive first in San Francisco, California, where she has relatives, sources told Fortune.

Birtukan will head off for Maryland after spending three weeks in San Francisco, where she is expected to spend the next two to three years pursuing higher education there. In a statement she released on Friday, Birtukan asserted that she is not bowing out of politics.

“To believe that Birtukan would abandon her struggle towards building a free democracy is unthinkable,” the statement read. It was also learnt that Yilma Yifru would be mediating between the two factions that emerged within the party during her 21 months in jail.