Deprecated: Return type of Requests_Utility_CaseInsensitiveDictionary::getIterator() should either be compatible with IteratorAggregate::getIterator(): Traversable, or the #[\ReturnTypeWillChange] attribute should be used to temporarily suppress the notice in /home/geghna/ethiopianism.net/wp-includes/Requests/Utility/CaseInsensitiveDictionary.php on line 91
 Eritrea, Addis Ababa’s dictator Searching UN mandated overthrow of the regime; and our Solution for Somalia Prof. Muse Tegegne – Ethiopianism
Skip to content
Ethiopianism ኢትዮጵያኒዝም 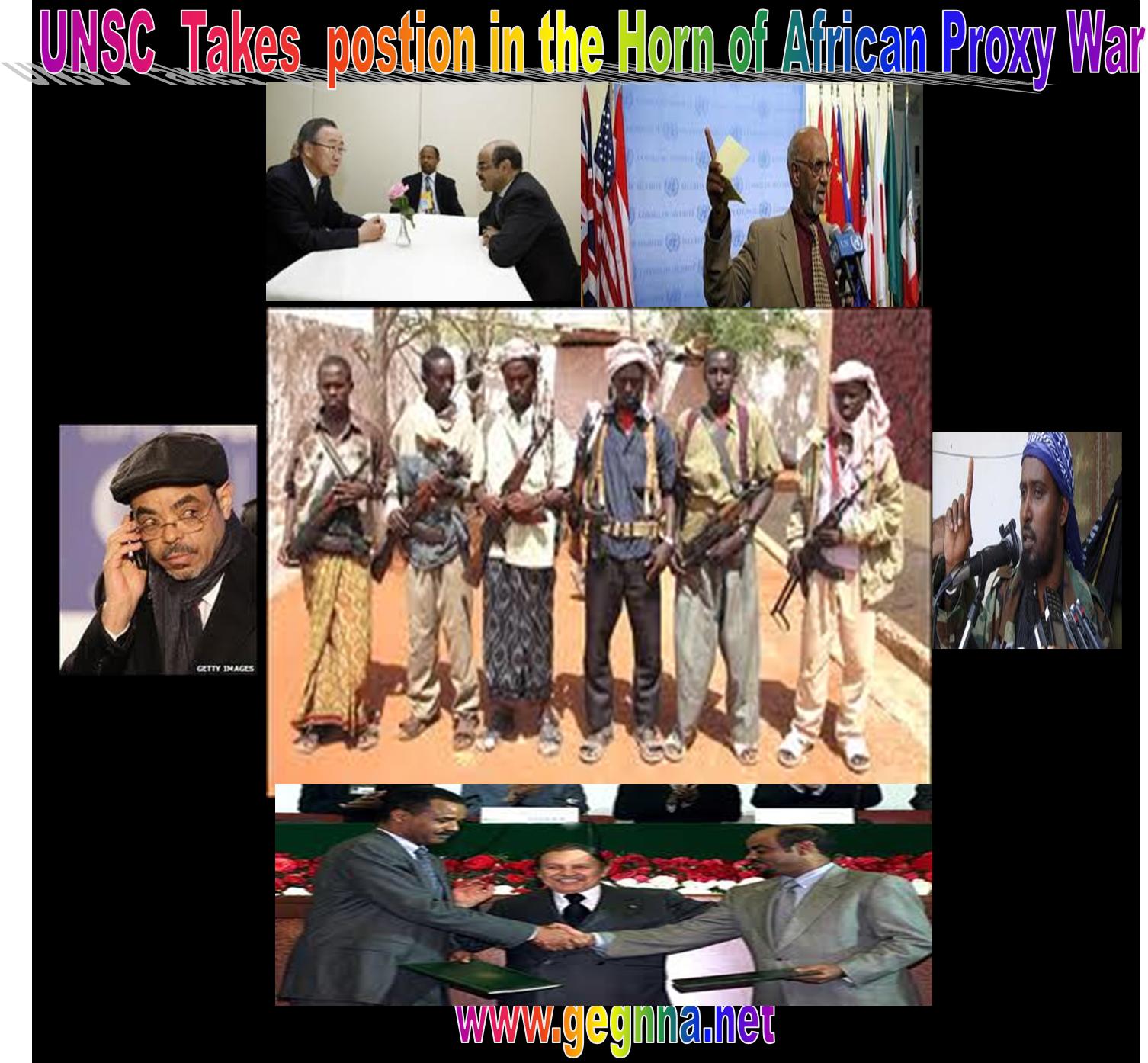 The UN Security Council based on the resolutions 751 (1992) and 1907 (2009) concerning Somalia and Eritrea brought out an allegations which eventually strengthens  the regime in Addis search of regime change in Asmara.

U.N. Monitoring Group report on Somalia and Eritrea said the Red Sea state’s intelligence personnel were active in Uganda, South Sudan, Kenya and Somalia, and that the country’s actions posed a threat to security and peace in the region. The allegation pursued word by word the accusation of   the belligerent Melese  Zendawie regime -“The plan was to attack the AU headquarters with a car bomb as African leaders took breaks, to blow up Africa’s largest market to “kill many people” and attack the area between the Prime Minister’s office and the Sheraton Hotel — where most heads of state stay during AU summits.”

The U.N. report also endorsed the Ethiopian regime terms saying ” Omar is an OLF member who was approached by the Eritrean security services though Colonel Gemachew. Omar, who visited Eritrea in 2009 and 2010, became the Addis team leader for the plot.”

The U.N. report included a letter from Romania confirming a sniper rifle found in the possession of one of the bomb plotters had been sold to Eritrea in 2004.

The report included slips showing payments to the plotters in Addis Ababa through money transfers. The plotters told the U.N. that an Eritrean colonel had arranged for the transfers via intermediaries in Sudan and Kenya.

Ethiopia routinely accuses Asmara of supporting rebel groups. In a shift of policy, Prime Minister Meles Zenawi declared in April it would support Eritrean guerrillas fighting to overthrow President Isaias Afewerki. However, Melese Zenawie   these days  seems  too look for  the UN mandated overthrow overthrow of the regime in Asmara. Since the most  aclaimed proxy wars seem not working any more.

The report also included copies of payments slips from Eritrean officials in Kenya’s capital Nairobi to known members of Somali rebel group al Shabaab. It said the payments were to the tune of $80,000 a month.

“The Monitoring Group has obtained documentary evidence of Eritrean payments to a number of individuals with links to al Shabaab,” the report said.

“The documents obtained were received directly from the embassy of Eritrea in Nairobi, including payment vouchers marked ‘State of Eritrea’,” the report said.

“The embassy of Eritrea in Nairobi continues to maintain and exploit a wide network of Somali contacts, intelligence assets and agents of influence in Kenya.”

The Eritrean government Ministry of Information immediately rejected this allegation as the fabrication of the Ethiopian regime.  The full report – all 417 pages are all the previous reports which are packed with fascinating detail about the inner workings of Somali piracy, the origins of illegal arms flows and the structure of al-Shabaab, Somalia’s Islamist insurgency.

The following are the principal points:-

On the Transitional government:-

The UN-backed Transitional Federal Government is ineffective, divided, and corrupt and its leadership lacks vision so is incapable of providing leadership or bringing stability.

Arms supplied to the African Union troops and government forces in Mogadishu are sold openly in the al-Shabaab controlled Bakara Market;

Eritrea planned a series of bomb attacks targeting an African Union summit in January the capital of Ethiopia, its old enemy that would “make Addis Ababa like Baghdad

The group earns up to $100-million a year from taxation and extortion, as a business operation of revenue

Saracen International committed “egregious violations of the arms embargo” by setting up a military training camp and deploying foreign security personnel in the semi-autonomous region of Punt land.

The allegation also accused the company having links to Xe Services, formerly known as Blackwater.

Our  element of solution in  Horn of  African  Conflict:-

The only lasting solution for the conflict of the horn of Africa’s wanton conflict is to find a definitive peace between Addis and Asmara based on the retreat of all foreign forces from Somalia. The conflict in Somali is manipulated by the Melese Zenawie for two main reasons – to keep himself  in power proving as peace keeper in the horn of Africa to fighting Al-Qaida, and secondly a battle ground for incrimination of his enemy the regime in Asmara. And finally  let the regional governments of Somalia to handle the  conflict by empowering them- that of Somaliland  & Puntland  to deal with  Mogadishu and South Shebele regions.

The sanctions regime is summarized in the table below.

The current Chairman of the Committee, for the period ending 31 December 2011, is His Excellency Mr. Hardeep Singh Puri (India). The two Vice-Chairs for 2011 are Lebanon and Nigeria. The Committee publishes annual reports of its activities. The Committee has guidelines for the conduct of its work.