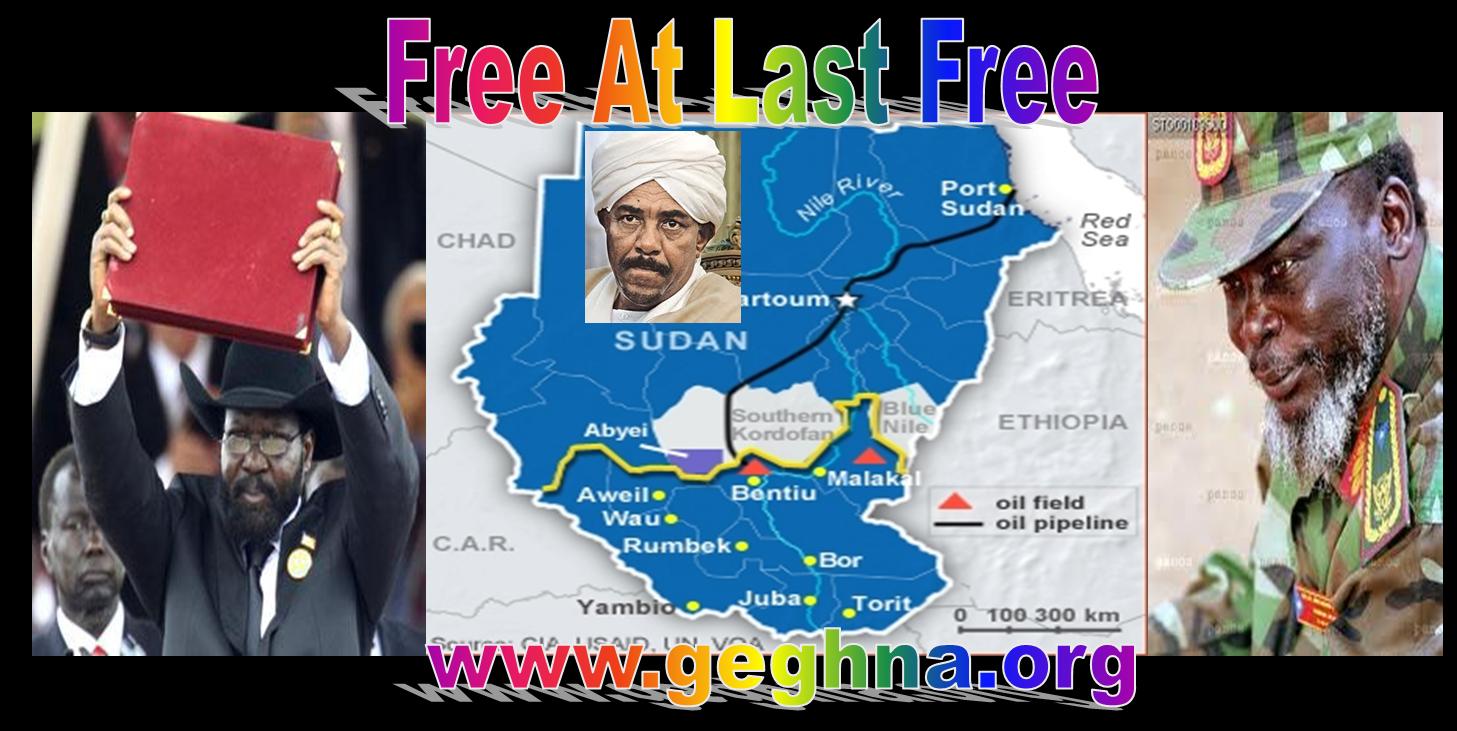 Free at last Free at last  were the words uttered by Dr. Martin Luther King Jr in his march to freedom to liberate his people from institutionalised  segregation. But when it come about South Sudan  they just coming out of institutionalized slavery.

South Sudan became free at last from slavery on early Saturday, officially winning its independence from century old hegemony of the northern slave traders starting a successful insurgency in early 1950’s. The culmination of a January independence vote guaranteed in a 2005 peace deal that ended the most recent north-south war. . This is a day that many Sudanese must have thought would never come when it was almost immediately threatened by the death of the south’s leader, and Sudanese vice-president, John Garang, in a helicopter crash.  As they say “Independence is an event, but it is also a process, slow and fraught with danger”. The problems of Abyie,Southern Kordofan and Blu Nile   are still hanging , though the Sudanese leader Bashir  was  forced to   accept  the independence that  he did not say his last words.

Most of the over 40 ethnic  groups are now armed by the enemy now a partner of the illusive  peace, the Northern  slave master   the genocidal Omar Bashir. Thus,  Juba the southern capital is just facing  only the end of the beginning, and the future is a very uncertain place.

The North already started seeding the grains  discord among the different Ethnic groups  and clans worth than Somalia. The internal dissention  according the live  murmuring is  that “the  Dinka majority has grasped such levers of power as exist – the government and the army – leaving the non-Dinka fifth of the population feeling shut out of senior positions and denied access to development funds.”

The second discord  successfully  at work  declaring  that  ” Despite promises made during the period of co-operation that secured the triumphant referendum result, proposals for a more federal structure of government that might lead to more geographically even development are beginning to look worthless. Juba is determined to stay in control. ”

Southern Sudan has a worst time bomb set   to explode when their mutual enemy is 70 % out of the way tribalism, which is already working at maximum speed. South Sudan At A Glance