Silent Cry is being heard by EU’s Anna Gomes:- Genocide in Ogaden will be deciding factor to take Melese to IC 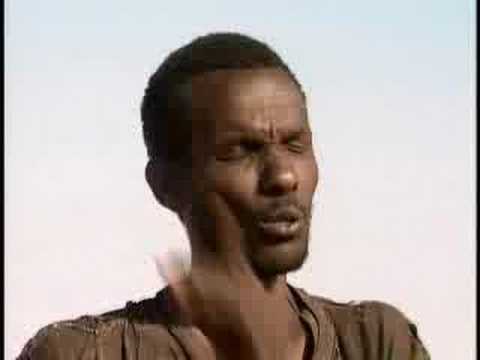 Ms. Ana Gomes has reappeared, not unexpectedly. She was the highly controversial head of the EU Electoral Observer Mission to Ethiopia in 2005 whose behavior and less than balanced relationship with opposition leaders and parties led to a formal complaint by the Government. Ms. Gomes has been active on a number of occasions in recent years on behalf of violent opposition movements in the Diaspora, particularly Ginbot 7. Now with the election coming up she is looking for the limelight again. This week, as a European Member of Parliament, she was hosting and opening a “hearing” on “Human Rights and the Security Situation in the Ogaden”, in collaboration with the Organization of Unrepresented Nations and Peoples, a collaboration which, by definition, demonstrates Ms. Gomes’ ignorance of the political situation in Ethiopia’s Somali Regional State where Ogaden Somalis are represented and participate in government. This week Ms. Gomes has been in London where she addressed a meeting organized by Third World Solidarity. It appears that Ms. Gomes and the Eritrean Government have something of a common agenda. Whether they are working together as some allege, is beside the point. Most of those at the meeting were former Derg members or supporters guilty of crimes against the people of Ethiopia. The organizers claimed the meeting would be attended by MPs but none of those listed actually attended. One person who did attend was a lady who is persona non grata in Ethiopia because of the dubious disposal of property from the Russian Embassy in Ethiopia in the early nineties. In a few weeks time, in early April, Ms. Gomes apparently plans to be in Washington to deliver a “keynote speech” at an opposition organized conference on Governance, Peace and Security and Development. No doubt Ms. Gomes will also surface at other meetings before the election on May 23rd. It would be difficult enough to accept this sort of deliberate effort to interfere in the electoral process by an outsider even if Ms. Gomes actually knew anything about the reality of politics in Ethiopia. Ms. Gomes, however, does not as she comprehensively demonstrated by her naïve, and frankly stupid, performance as head of the EU Electoral Observation Mission in 2005. Her recent efforts show she has not become any more sensible, or knowledgeable.” SOURCE: Federal Democratic Republic of Ethiopia, Ministry of Foreign Affairs

(Ogaden Online) — Reports reaching the Ogaden Online service desk from the city of Diridhaba in the province of Shiniile confirm the existence of a recent pitched battle that took place between the Tigrean People’s Liberation Front (TPLF) troops stationed in the area and the local population.

It is reported that towards the end of last week, the civilians held an area-wide demonstration to protest the recent confiscation by the Woyanne militia of a fertile agricultural land estimated at 60,000 hectares. Reliable sources within the TPLF and in Addis Ababa intimated that the land was clandestinely sold to a Chinese consortium

Eyewitnesses reported that the TPLF troops, instead of letting the citizens vent their bent up anger and frustration through the peaceful demonstration, started shooting everyone on sight. Ogaden civilians, once they realized what was going on, immediately dispersed. However, Ogaden Online reporters in the area confirmed that instead of waiting out the TPLF troops to return to their barracks, as used to be the norm, the residents, many of whom were nomads who have firearms for protecting their livestock from wild animals in the area, went back to their homes and came back armed and ready to fight the TPLF gangs.

Eyewitnesses reported that the TPLF troops were quickly overwhelmed by the sheer number of armed civilians from all corners of the city. As a result, the TPLF troops were quickly overrun by the local civilians. It is reported that the TPLF militias left five of their dead in the area and went back to their barracks. The casualty figured from the Woyanne side is unknown.

The civilians were said to have lost one, but there are many injuries sustained by the civilian side. The city is still tense. There are reports that the TPLF militias have consulted with their bosses inAddis Ababa on what to do next. It is said they are awaiting further instructions. Many of the civilians are said to have sworn that rather than vacate their fertile land, they would die facing off the TPLF militias and any other group that attempts to confiscate their land.