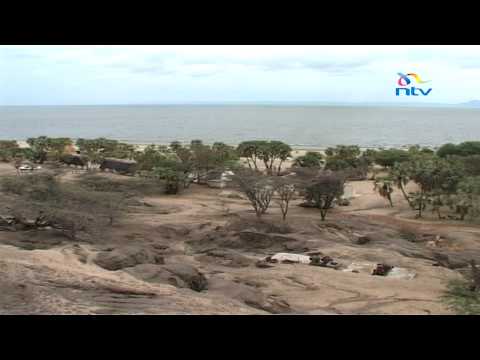 Our Site is proud to announce to the public that in the beginning of the Omo Damming  www.geghna.org was  on  the few sites  fighting against these megalomaniac           inhuman project. Today  the whole world has joined to stop this recklessness  destined only to make money by the corrupted regime of Melese Zenawie in the expense of the people of Omo in Ethiopia and Kenya. We thank you from the bottom of our heart to your continual support to stop this folly.

NAIROBI, 7 April 2010 (IRIN) – The Gibe 3 hydro-electric dam being built along Ethiopia’s River Omo will disrupt thousands of livelihoods and threatens to upset the ecology in lower Omo and Lake Turkana, northwestern Kenya, experts and activists warn.

“Lake Turkana receives [80-90] percent of its water from the River Omo; thus the impacts of the dam on the lake and the people who depend on the lake system for, for example fisheries, protein and livelihoods could be profound if its construction and operation negatively affect flows and seasonal flooding,” said Nick Nuttall, the UN Environment Programme’s (UNEP) spokesman.

“Indeed, spawning migrations of fish are synchronized with the seasonal flooding, which occurs from June through September,” he added.

According to Terri Hathaway, Africa Campaigner of the NGO International Rivers, an impact assessment of the dam identified another 100,000 people in Ethiopia who are directly engaged in flood recession cultivation, where crops are planted just after the annual river flood. “These crops are more reliable and vital to local food security,” she told IRIN.

Gibe 3 will have a vast reservoir and regulate the entire river flow, she said.

“By filling the reservoir and destroying the annual flood, the Gibe 3 dam will increase hunger, in turn fuelling greater resource conflicts in an already turbulent region,” she warned.

“What is highly likely is with reduced resources, the communities will start to migrate a lot more often and increase the likelihood for more conflict. In an area with increased instability, we are looking at serious conflict,” Angelei warned.

She noted that the recent disarmament of Kenyan communities in the region would increase their vulnerability against their well-armed neighbours.

The Gibe 3 impact assessment identifies that river flow will be almost completely withheld for at least two years during reservoir filling, but does not address how this will affect Lake Turkana, noted International Rivers’ Hathaway.

“[It] suggests that during those two years, impacts to flood recession farmers in Ethiopia should be mitigated by providing food aid, despite vast international efforts to reduce food aid dependency in Ethiopia,” she said.

“Since dam construction began, there has been no demonstration of political will to address the needs of communities [which] will be affected by Gibe 3 dam. Communities’ rights have already been fundamentally violated,” she added. “The Gibe 3 dam does not meet urgent electricity needs of Ethiopia.”

However, the Ethiopian Minister for Government Communication Affairs, Shimelis Kemal, told IRIN the Gibe 3 project had come into effect after an extensive experts’ survey.

“I know for sure that some highly renowned international experts have publicly assured that the construction of the dam [would] in no way jeopardize the livelihoods of the people living around there and the environment,” Shimelis said.

“Some NGOs are trying to rally or get as many signatures as they can to prevent the construction of Gelgel Gibe 3 … [The] government has repeatedly said the construction of the dam in no way jeopardizes the livelihoods of the people living downstream. It is pro-environmental.

“Various concerned bodies including the Kenyan parliamentarians have endorsed the position of the Ethiopian government and they have openly criticized the position pursued by these NGOs to prevent the construction of Gelgel Gibe 3 hydropower electric dam,” he said.

Responding to concerns that the Ethiopian government had begun advertising indigenous lands along the Omo River for sale, he said: “I don’t have any information if some land has been advertised for agro-business investment in that particular area.”

The organization Survival International recently launched a petition calling on the Ethiopian government to halt the project and urging potential international funders not to support it.

Survival’s director, Stephen Corry, said, “The Gibe 3 dam will be a disaster of cataclysmic proportions for the tribes of the Omo valley. Their land and livelihoods will be destroyed, yet few have any idea what lies ahead.”

The African Resources Working Group recently pointed out that Lake Turkana would suffer greatly due to reduced freshwater inflow, which will not only shrink the lake but also change its chemical balance.

The lake is also very shallow given its size; its average depth is just 31m, making it even more sensitive to changes in water flows and to evaporation linked with climate change, said UNEP’s Nuttall.

“Any reduction in water flows could increase the saltiness with impacts on the fish,” he warned.

Already, Lake Turkana’s salinity is far higher than any other large lake in Africa as it has shrunk over the past 7,500 years and because it is a closed lake system, he added.

Among the reasons for this is declining rainfall, increased evaporation, the diversion of water upstream and increased siltation due to erosion upstream.

“The rainfall patterns and river flows upon which the operation of the hydro-electric dams are based may no longer hold true 20, 30, 40 years from now,” he said.

Gibe 3 is expected to generate 1,800MW of electricity.

If Ethiopia carries out its energy development plans in full, it will be 95 percent dependent on hydro. “The Ethiopian sector of the Rift Valley and the Afar triangle has good potential geothermal resource possibilities. Perhaps these could be explored and harnessed,” Nuttall added.

“Overall, there is perhaps the need for further and more detailed environmental impact assessments in order for the governments of Ethiopia and Kenya to fully understand the challenges and opportunities for hydro on the River Omo versus other energy-generating options,” said Nuttall.

“The question is whether the new dam, Gibe 3, represents the most prudent and practical option in terms of environmental sustainability.”

The Ethiopian Dams in the Omo river are Built on a moving sand. The region is being moved every day by the East African Volcanic movement and earth quack. You can not  built  a dam connecting two separating Tectonic Plates

Map of East Africa showing some of the historically active volcanoes(red triangles) and the Afar Triangle (shaded, center) — a so-called triple junction (or triple point), where three plates are pulling away from one another: the Arabian Plate, and the two parts of the African Plate (the Nubian and the Somalian) splitting along the East African Rift Zone.