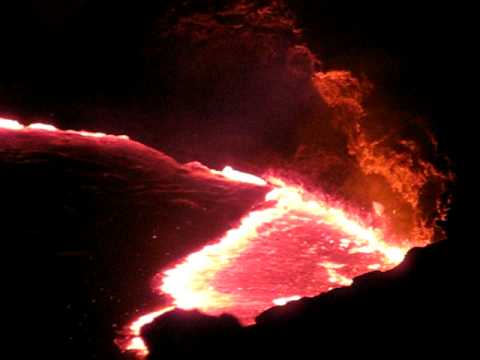 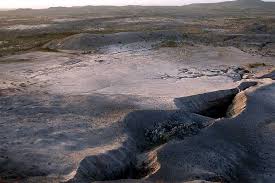 The Horn of Africa is Becoming an Ocean

For the first time – humans were able to witness the birth of an ocean. Geologist Dereje Ayalew and his colleagues from Addis Ababa were the first to witness this up-to-the-minute experience. With a shake of the earth as soon as they arrived they were tempted to run back to the helicopter that had brought them there but in moments they were able to witness this horrific yet fascinating event. After a few moments, a dense crack in the earth appeared – an event that usually takes a lifetime to occur. This would be an amazing experience to view in a lifetime, it has been recently added to my “things to see in my lifetime” list.
“In north-eastern Africa’s Afar Triangle, though, recent months have seen hundreds of crevices splitting the desert floor and the ground has slumped by as much as 100 meters (328 feet). At the same time, scientists have observed magma rising from deep below as it begins to form what will eventually become a basalt ocean floor.”

“The process happening here is identical to that which created the Atlantic Ocean,” Parts of the region have sunk to nearly one-hundred meters below sea level.

The red sea will soon flood this crevice, and the scientists are able to unearth what is to be the floor of the newly forming ocean. The African and the Arabian plates meet at the Afar triangle and are considered to be the largest natural construction site on the planet. The event witnessed was the first visual proof of the formation. Now, this would have been something to witness.

Locals visit the site regularly and notice new cracks forming constantly. Also, fumes as hot as 400 degrees arising from the area accompanied by magma and sulfur. This is evident in the recent volcanic activity within the area. It won’t be a very long time until this area is flooded by the current red sea and becomes the youngest ocean