Final solution for the Horn of Africa & Egypt : Melese Zenawie’s megalomaniac over 500 dams project will kill millions. This an Alarm to Stop Damming and Start small scale Geothermal Energy !!! 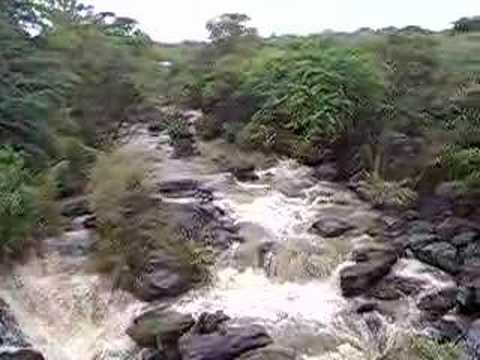 The projects of Melese Zenawie the Ethiopian megalomaniac dictator and his SS type equip to constructing over 500 dams all over Ethiopia is a final solution for the Nilotic Omotic ethnic members and the  Nile River with that of  Egypt. Ethiopia the  Tibet of Africa is also the source of 12 rivers flowing to Sudan, Egypt, Kenya, Djibouti and Somalia  it is  a country  full of Geothermal  nature friendly energy.  Touching one of these waters for dams or diverting their flows any kind of way or manner will cost a lot lives.  Melese’s  plan will be  Holocaust with creating a dramatic  water shortage in  the  horn of Africa and Egypt. The only  viable nature friendly solution is to stop the Dams and start a Geothermal power plants, since Ethiopia is endowed  more than any country in the world. And the money spent on these ddangeruios exterminating dams,will  easily cover one of the French Guadalupe Type Geothermal Plant.  Addis Ababa where power shortage is  chronic., the  city is setting on an  erupted  sleeping volcano and esy for planting geothermal plant.

1. Melese Zenawie’s  plan to build on the Nile a project called Tana Belse will eventually dry up the Nile while diminishing  dramatically the quantity of  water entering the Lake Tana. This will be like dried lakes in Gobi desert in less than a decade.  The two countries Egypt   and  Sudan are condemned  to be  aderet with out Nile  before they cand  declare Water War against Melese Zenawie.

2. Melese Zenawie’s dam project on the Gebe (I, II, II) or Omo River will kill all the Omotic people in Ethiopia and will dry up Lake Turkana, slowly eliminating the Nilotic Omotic population in both countries. He calls them insects to be marched on for his megalomaniac holocaustic plan. Watch the 2nd BBC video… Turning Turkana’s tap off 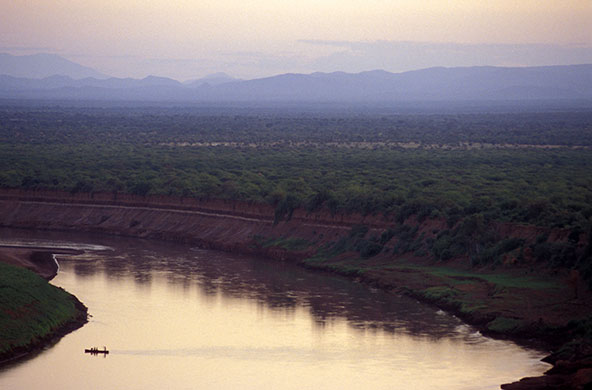 Melese will be in International Court only long  after the eradication of the Omo and Omotic people considered as insects to be smashed   by Melse and his group eager to make million  in their private account in the fiscals paradises !!!

3.Melese Zenawie’s Dam on Koka River will shrink the already drying Awash River and killing all the Afar population up unto Djibouti. (Impact of the koka reservoir on malaria)

4. Melese Zenawie’s  Big plan for Shebelle ,Dawa, Gestro  and Genale Rivers will end up the last the only fresh drop of water rich to Somalia if any left. This is a dead blow for all the Somalian population and Somalia as we know it today.

5. Melese Zenawie’s plan for Akobo and Baro  rivers  one and two will diminish the source of water going to the Southern Sudan and will hit the heartlands of the Nilotic of Dinkas and Anyu ak  (Annyuaks’s systematic elemination  by Genocidal Melese Zenawie has already started) population in Ethiopia and Southern Sudan. 6. Melese Zenawie’s crazy Dam in Tekeze will diminish the biggest Nile affluent, the Atbara River, thus halting the Nile from getting to Egypt.

Zekeze Dam the the Time Bomb for Egypt

7. Melese Zenawie’s will  be the king of Kings of drought and starvation to all Eastern Africa including Egypt by controlling the source,  flow  and flood  of  the only sweet water for all the population in these regions and drrying the river beds.

The May 23, 2010 election in Ethiopia with a result of 99.6% shows that his newly elected parilemnt members  will rubber stamp his Megalomaniac plans . And will fulfill  any secession ambition to any of the Ethnic regions in Ethiopia. This is bad precedent for the rest of the African continent full of Ethnic tension and conflicts.

The Best  Solution for Ethiopia

The only Solution for Ethiopia is not Dams but Geothermal pant Like  that of  French Guadalupe. 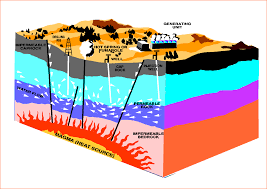 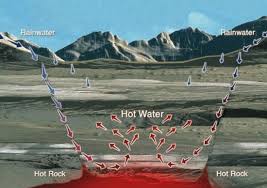 Geothermal energy is plenty across  Ethiopia’s Rift Valley may provide natural super heated steam may be  with out deep  drilling.  Hi own studay conirm that

“The potential of this steam for generating thermal power has been recommended and proved to be attractive. The geothermal potential of Ethiopia been estimated at about 4000 MW. This is said to be the highest potential for any country identified so far in Africa. The economic contribution that this resource might make to the energy economy of Ethiopia is expected to be great but needs to be studied and looked into in detail in a co ordinated manner with other forms of energy. ”

But Melese Zenawie preferes the Dams to make him the Dictators of waters. No one could  understand how the Africans choosed him to represent them in the envirmental conference. It is  a shame.. They even aplouded his election as being perfect in African slandered. 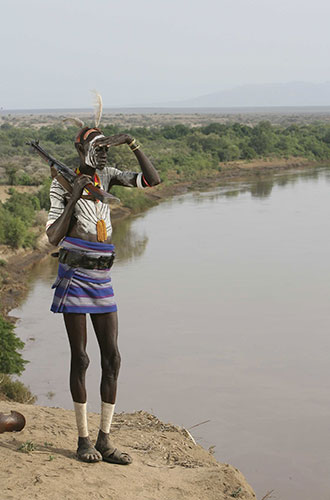 The Kara’s  & the Mursi’s guns will not deter Dictator Melese Zenawie for the moment… but how long?