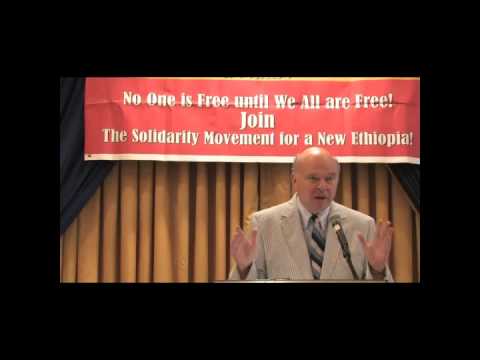 Genocide is a term created during the Holocaust and declared an international crime in the 1948 United Nations Convention on the Prevention and Punishment of the Crime of Genocide. The Convention defines genocide as any of the following acts committed with the intent to destroy, in whole or in part, a national, ethnical, racial or religious group, as such:

The specific “intent to destroy” particular groups is unique to genocide. A closely related category of international law, crimes against humanity, is defined as widespread or systematic attacks against civilians.

This timeline traces the development of the word and law of genocide.

February 26, 2010
AMSTERDAM (Reuters) — The war crimes trial of Bosnian Serb leader Radovan Karadzic will resume on March 1, judges at the Yugoslavia tribunal have ruled, dismissing his request for a postponement.

Karadzic, who denies all 11 counts of war crimes relating to the 1992-95 Bosnian war, had asked for a further delay of his trial after judges appointed London-based barrister Richard Harvey in November as his lawyer and postponed the trial to March 1.

“A further postponement would be a drastic measure that would, concurrently, have real repercussions for the parties’ rights to a fair and expeditious trial,” the court’s judges said in statement which was signed by Presiding Judge O-Gon Kwon.

Karadzic had said more time was necessary until the court’s appeals chamber had ruled on one of his appeals against Harvey’s appointment and there was a decision on defence funding.

On February 12, the appeal chamber said Harvey could stay on as counsel because of Karadzic’s “persistent obstructive behavior.” Harvey was appointed after Karadzic boycotted the first three days of his trial in October.

Harvey’s exact role in the trial will be determined after Karadzic has given his opening statements on March 1 and 2, the judges said.

If Karadzic, who has said he plans to attend the March 1 opening, continues to boycott the rest of the trial, he loses his right to represent himself and the appointed lawyer will take over.

Karadzic, who was captured in July 2008 after 11 years on the run, is being charged with the genocide of 8,000 Muslim men and boys at Srebrenica, the worst atrocity of the Bosnian conflict, and responsibility in the 43-month siege of Sarajevo beginning in 1992.

An estimated 10,000 people died in the siege as the former Yugoslavia was torn apart in the 1990s by Serbs, Croats and Muslims fighting for land.

A New, but Limited, Legal Sanction is Issued

Allied forces codified the general principle of “crimes against humanity” into enforceable law and prosecuted Nazi war criminals for atrocities they committed against both their own and other nation’s citizens. However, the law was limited in scope, applying only to crimes committed during an international conflict.

The Charter of the International Military Tribunal (1945) defined crimes against humanity as “murder, extermination, enslavement, deportation, and other inhumane acts committed against any civilian population, before or during the war; or persecutions on political, racial, or religious grounds in execution of or in connection with any crime within the jurisdiction of the Tribunal, whether or not in violation of the domestic law of the country where perpetrated.” The definition of crimes against humanity was further refined during the process of drafting the Rome Statute (1998) which created the International Criminal Court. Though massive atrocities against civilian populations were committed in the years following the Holocaust and throughout the Cold War, the very countries that signed their names to the Genocide Convention scarcely considered whether these crimes constituted genocide.

Not one country invoked the Genocide Convention when the Khmer Rouge (1975–79) regime in Cambodia caused the deaths of an estimated 1.7 million people. Cambodia itself ratified the convention in 1950. These prisoners were interred at Tuol Sleng (Security Prison 21), a secret center operated by the Khmer Rouge in Phnom Penh, Cambodia. Documentation Center of Cambodia, Phnom Penh After the Genocide Ends, the World Creates a Tribunal for Rwanda A Permanent Court to Prosecute Atrocities against Civilians is Established

Through an international treaty ratified on July 17, 1998, the International Criminal Court was permanently established to prosecute genocide, crimes against humanity, and war crimes. The treaty reconfirmed the definition of genocide found in the 1948 Convention on the Prevention and Punishment of the Crime of Genocide. It also expanded the definition of crimes against humanity and prohibits these crimes during times of war or peace.

Crimes Against Humanity: Any of the following acts when committed as part of a widespread or systematic attack directed against any civilian population, with knowledge of the attack:

(a) Murder;
(b) Extermination
(c) Enslavement
(d) Deportation or forcible transfer of population
(e) Imprisonment or other severe deprivation of physical liberty in violation of fundamental rules of international law
(f) Torture
(g) Rape, sexual slavery, enforced prostitution, forced pregnancy, enforced sterilization, or any other form of sexual violence of comparable gravity
(h) Persecution against any identifiable group or collectivity on political, racial, national, ethnic, cultural, religious, gender as defined in paragraph 3, or other grounds that are universally recognized as impermissible under international law, in connection with any act referred to in this paragraph or any crime within the jurisdiction of the Court
(i) Enforced disappearance of persons
(j) The crime of apartheid
(k) Other inhumane acts of a similar character intentionally causing great suffering, or serious injury to body or to mental or physical health.

U.S. Declares that Genocide Is Occuring in Darfur, Sudan

Testifying before the U.S. Senate Foreign Relations Committee on September 9, 2004, Secretary of State Colin Powell declared that “genocide has been committed in Darfur.” Though the United Nations and other governments agreed on the scale of atrocities being committed against civilians, they did not declare them “genocide.” The International Secretariat of the World Organisation Against Torture (OMCT) and Genocide Watch reiterate the need for an independent and impartial investigation into reports of massacres of members of the Anuak community, mass rapes, forced disappearances, torture and burning of homes and crops in the Gambella region in Ethiopia.

Ethiopian Prime Minister Meles Zenawi, in an interview with Reuters on 29 April 2004, dismissed reports that the Ethiopian army targeted and killed Anuaks as ‘fiction’ and said that at the most 200 people had been killed in clashes in the region. He stated that the “only people who had been killed by the military in the area were armed Anuak insurgents who had staged cross-border raids from Sudan.”

Genocide Watch, Survivors’ Rights International (SRI), and OMCT have previously drawn the attention of the international community to reports that Ethiopian government troops and ‘highlander’ militias massacred 424 Anuak civilians, including women and children and the elderly, in December 2003. Genocide Watch and SRI interviewed eyewitnesses and documented the massacres in the Gambella region in a 23-page joint report released in February 2004, titled ‘Today is the Day of Killing Anuaks’. A list detailing the names, gender and ages of the 424 people who were killed has also been compiled. Genocide Watch sent a letter to Mr. Zenawi on 8 January 2004 urging him to prevent the massacres from becoming full-scale genocide.  The letter also called on Mr. Zenawi to order the arrest of the perpetrators of the massacres, and named three Ethiopian government officials responsible for the killings.  Genocide Watch has received no reply to its letter to Mr. Zenawi.  The named officials have been promoted to positions of more authority, rather than arrested.

Following its own fact-finding in Gambella, the U.S. government called for “transparent, independent” inquiries into the violence in which hundreds were killed. In a statement from Washington on 20 February 2004, the U.S. said the Ethiopian government must investigate allegations that its troops were involved in the killings. On 25 March 2004, the European Union Council of Ministers called for “a full and independent enquiry into suggestions of involvement by members of the Ethiopian military in violence directed against innocent civilians” in the Gambella region of Ethiopia.

“We have interviewed numerous victims and eyewitnesses from the minority Anuak ethnic group who fled south-western Ethiopia in the wake of massive and unprovoked violence against unarmed men, women and children,” said Genocide Watch/SRI researcher Keith Harmon Snow. “We have collected detailed testimony suggesting that acts of genocide and crimes against humanity were committed against unarmed civilians by Ethiopian People’s Revolutionary Defense Forces (EPRDF) and ‘highlander’ militias.”

“There is irrefutable evidence of atrocities against thousands of civilians, and we continue to receive reports of killings and mass rape,” Mr. Snow said. “We are very concerned about rural areas where communications and access to civilians are prevented by isolation and a heavy military presence. On April 27, for example, we received reports of four girls and three farmers allegedly shot dead by EPRDF soldiers in Pinyudo and Abobo districts, but assessment of the scale of the violence in rural areas remains difficult because the government has prohibited access by independent investigators.”

Recent reports received by OMCT and Genocide Watch allege that killings and other acts of ethnic cleansing are continuing. On 8 April 2004, The United Nations Commission on Human Rights heard testimony estimating that between 13 December 2003 and 31 March 2004, the total number of persons killed had reached 1,137. (See http://www.genocidewatch.org/ethiopiastatementobang.htm.) These reports need to be investigated carefully, considering the massacres and other violations documented in December, accounts of ongoing violence from families of victims and other local sources, as well as information collected from the thousands of refugees who continue to flee to Pochalla in Sudan. Although the total numbers of victims are estimates, OMCT and Genocide Watch believe that the Government cannot dismiss the consistent accounts of scores of eyewitnesses as fabrications.

Mr. Zenawi has stated that, “Without the intervention of the army, the killings would have continued indefinitely.” This statement is in stark contrast to reports from victims and eyewitnesses to Genocide Watch and SRI and to documentation by a member of the OMCT network that uniformed Ethiopian troops incited highlanders to commit violence and led attacks on Anuak civilians in Gambella and the surrounding areas. The killings were allegedly ordered by Tsegaye Beyene, commander of the Ethiopian Army in Gambella, with the authorization of Dr. Gebrehab Barnabas, an official of the Ethiopian government. According to reports, the Ethiopian army continues to commit atrocities against Anuak civilians daily. The situation is reported to be so severe that OMCT, Genocide Watch and SRI have called for the withdrawal of Ethiopian government troops from the region.

The Ethiopian Parliament has mandated the establishment of an independent commission to investigate the reports of violence. While OMCT and Genocide Watch view this is as a positive development, and a recognition by the Parliament of the seriousness of the situation, we have raised profound concerns about the independence, composition and mandate of the commission that has been set up. One of the alleged planners of the attacks has even been named Chairman of the commission. The commission appointed seems to have been designed to “whitewash” the crimes committed. These concerns have not been addressed by Mr. Zenawi.

Genocide Watch and OMCT repeat the urgent requests that we have made to the Ethiopian government, urging an immediate halt to all military operations against Anuaks, and independent and impartial investigations to bring the perpetrators of massacres, mass rapes, torture, and other grave human rights violations to justice. We also strongly urge the government to invite independent UN human rights experts to visit the Gambella region, in order for them to carry out unrestricted investigations into these atrocities. Immediate access to the region by international monitoring groups and humanitarian assistance must also be guaranteed.

Freedom is not Free in Dictatorial Ethiopia 2010