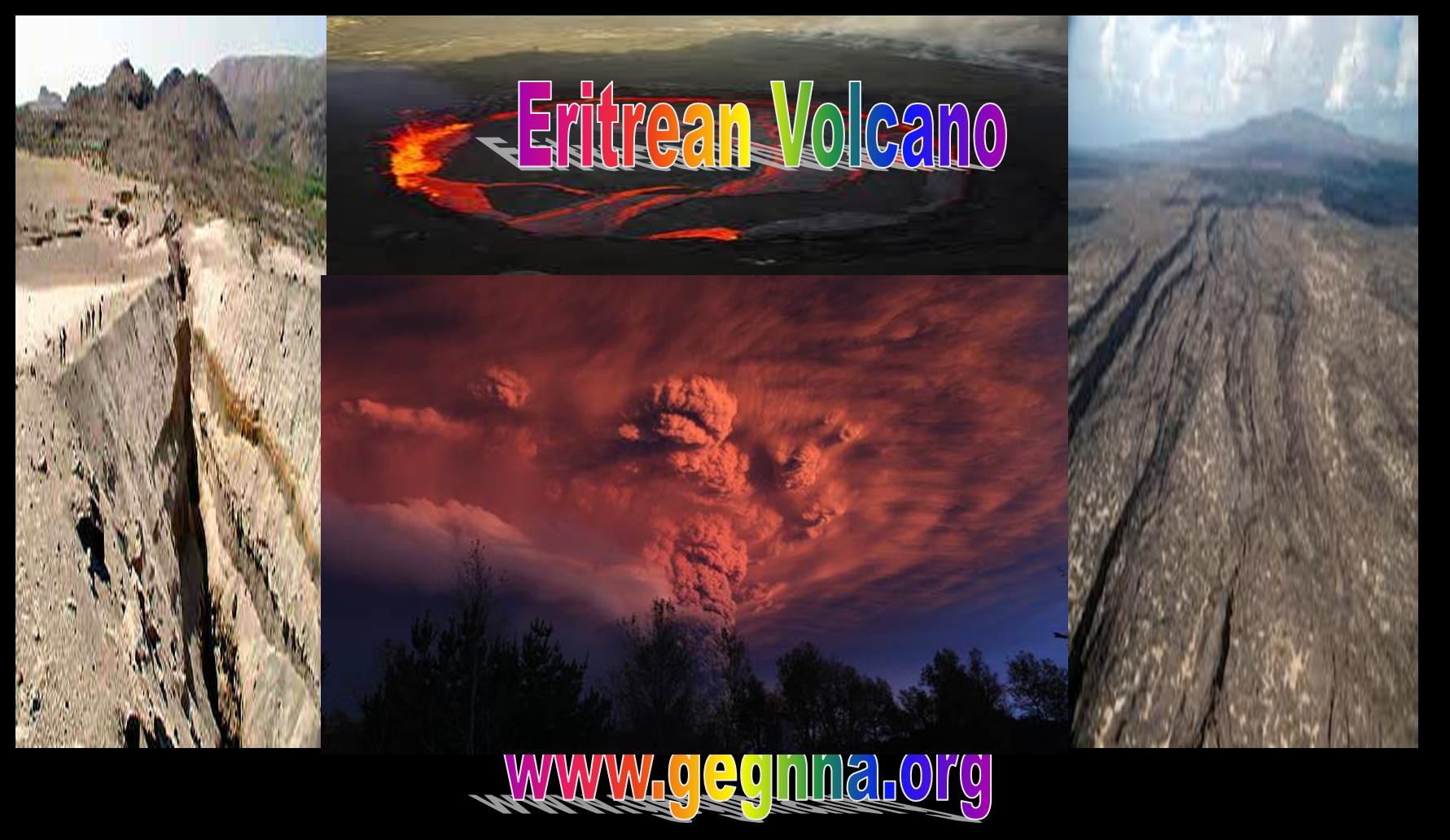 The volcano of the Horn of Africa are set in motion by exploding in Eritrea  for the  making of  the most expected Ethiopian ocean. It set in action as we have foretold in this site in previous articles. Many geophysicist and seismologist  thought  it will take millions of years to split the horn of Africa. But we have explained in serious of articles that it is in the end of  the  millions of  years phase,  and even in our time we will see the opening of the new ocean.

It is very simple to give  a reality description of events but the true prediction we have been making will save thousands of live if the government of the region  start evacuating the population and stop damming the region.

In the evening of June 12 2011, a series of earthquakes struck the Afambo, Eritrea area. The earthquakes were followed by 2 strong 5.7 earthquakes.  This pattern will continue till the final breaking  of the Horn  from the rest of the continent of Africa. UPDATE 21:36 UTC : Some more information on the volcanic complex :
Mallahle is the central of three NE-SW-trending stratovolcanoes in the Danakil horst SW of Dubbi volcano, and lies SSW of Nabro volcano.
These two volcanoes, along with Bara Ale and Sork’Ale, form the Bidu volcanic complex. The complex Mallahle stratovolcano is truncated by a steep-walled 6-km-wide caldera. Mallahle is formed of rhyolitic lava flows and pyroclastics. Basaltic lava flows blanket the slopes of the
volcano. Recent obsidian flows are found on the NW flank of Mallahle and older obsidian flows were erupted on the northern caldera floor.
Flank spatter and scoria cones are most numerous on the western side of the volcano. Extensive ignimbrite deposits associated with the collapse of Mallahle and Nabro volcanoes blanket the countryside.

UPDATE 21:28 UTC : These magnitudes can lead to serious damage if the epicenter is below or very near to Afambo (which is very nearby based on the seismological data) . We do not think that there will be injured people as the series started with moderate earthquakes and as people will stay on the streets after so many earthquakes.  The current situation tends to become very dangerous.

UPDATE 21:23 UTC : A Mw5.7 has been also recorded at depth 9km in around the same area. No record of damage has yet been recorded.

UPDATE 21:03 UTC : Lucas Tavares reports in our Facebook page : I was studying about this volcanoes past hours. Maybe the shakes surrounds the Mallahle or Nabro Caldera, there is’nt any known eruptions of these volcanoes! Shakes are becoming stronger!

UPDATE 20:58 UTC : We have still no trace (as expected) of what is really going on. This last 5.4 earthquake can be damaging at this shallow depth when the epicenter is located below a village or town. As we are unsure of the exact epicenter (the error margin may be 10 to 30 km different than reported by the USGS).

UPDATE 20:56 UTC : The earthquakes are continuing with the last one as the strongest so far with a magnitude of 5.4 at a depth of 10 km.

UPDATE 20:33 UTC : We are more and more convinced that one of the nearby volcanoes went into an active status as the distance to the ridge fault is to big to create this kind of earthquakes. Additionally almost all the earthquakes are occurring near the volcano complex on the picture (courtesy Google Earth)

UPDATE 19:37 UTC : This unusual series of moderate earthquakes have also occurred a couple of months ago in the Gulf of Aden. The earthquakes are typical for separating irregular tectonic plates. The series in the Gulf of Adenhad their epicenter in the immediate area of the ridge fault.
Due to the close-by volcanoes, an eruption pattern of the Dubbi volcano is still possible.  The pre-eruption pattern of both the Icelandic and Chilean volcanoes from the last few weeks is also present here. Compared to Iceland and Chile, Eritrea has other concerns than looking to beautiful eruptions. We will follow up these events and will come back to you as soon as we can get more data ?
UPDATE 16:11 UTC : Other agencies are reporting totally different and less dangerous numbers : GFZ: 4.9 @ 43 km and EMSC 4.7 @ 200 km
Moderate shallow earthquake with an epicenter almost below Afambo.
Approx. 15 km from the Dubbi volcano. The peak of the Dubbi volcano is 1625 m. There have been four known eruptions. In 1400 lava was determined to have reached the Red Sea while in 1861 ash was thrown over 250 km from the volcano. Two further events were suspected between 1861 and the 20th century.

During the late afternoon and evening of June 12 2011 a series of moderate earthquake struck at first near Afambo in Eritrea and later 100 km more to the south in Ethiopia. At the moment of writing, we do not know whether these earthquake have a tectonic or a volcanic origin.

Forecasters predicted that the ash plume may reach Israel.[7]

The erupting volcano is located within the Afar Triangle, in the larger Danakil Depression that holds many other active volcanoes. However, neither volcano thought potentially responsible for the eruption has seen activity in the past century, with Dubbi last erupting in 1861 and Nabro remaining quiet for thousands of years. No eruption of Nabro occurred in recorded history.

A series of earthquakes[8], including two at magnitude 5.7[9][10] struck the region in the hours preceeding the eruption. The tremors may be volcanic in origin.[11]