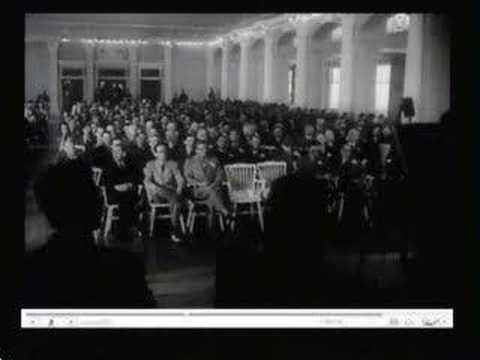 How the institution of Britten Wood keeps a dead regime alive …

(The SDR is an international reserve asset created by the IMF in 1969 and serves as its unit of account. The currency value of the SDR is determined by summing the values in U.S. dollars of a basket of major currencies.)

IMF committing  crime against humanity  by keeping a regime in comma for almost two decades in  power in Ethiopia. IMF shares the responsibility for starving  and killing Ethiopians  by directly financing  a regime  responsible for genocide and ethnic cleansing. Recently IMF  has been duped to believe and recognize the economic performance of  Woyane regime in Addis Ababa .  They believed the following Woyane conclusion being acceptable  it reads in the following wise : CONCLUSION “Ethiopia remains at moderate risk of debt distress, though the level of risk is higher now than a year ago. This assessment highlights the importance for Ethiopia of keeping a close tab on debt vulnerabilities and of making every effort to secure grant and concessional financing for its ambitious public enterprise investment plans. At the same time, there is considerable scope to attract large FDI and increase export growth by means of structural reforms. In addition, emphasis should be placed on strengthening debt management capacity as well as sharing detailed information on future borrowings—both external and domestic—with relevant stakeholders, such as the IMF and the Bank. Finally, given the size of borrowing by public enterprises, it is imperative to expand the current debt strategy and monitoring exercise to include the largest public enterprises and assess potential contingent liabilities. ” A complete manuplation of  Woyane just to get money from IMF for their structural adjustment of Woyane which means throwing out of job the opposition and  to use it as an arm of  Ethnic purification by starving the un wanted population.” “—————-  ———-

Strauss-Kahn in Istanbul: “It no longer makes sense for global economic policy to be the concern of just a small group of countries” (IMF photo)

IMF Managing Director Dominique Strauss-Kahn tells policymakers from 186 countries gathered in Istanbul that global cooperation has saved the world from a far worse crisis and leaders should now seize the opportunity to shape a post-crisis world.

The Bretton Woods system of monetary management established the rules for commercial and financial relations among the world’s major industrial states in the mid 20th century. The Bretton Woods system was the first example of a fully negotiated monetary order intended to govern monetary relations among independent nation-states. Preparing to rebuild the international economic system as World War II was still raging, 730 delegates from all 44 Allied nations gathered at the Mount Washington Hotel inBretton Woods, New Hampshire, United States, for the United Nations Monetary and Financial Conference. The delegates deliberated upon and signed the Bretton Woods Agreements during the first three weeks of July 1944. Setting up a system of rules, institutions, and procedures to regulate the international monetary system, the planners at Bretton Woods established the International Monetary Fund (IMF) and the International Bank for Reconstruction and Development (IBRD), which today is part of the World Bank Group. These organizations became operational in 1945 after a sufficient number of countries had ratified the agreement. The chief features of the Bretton Woods system were an obligation for each country to adopt a monetary policy that maintained the exchange rate of its currency within a fixed value—plus or minus one percent—in terms of gold and the ability of the IMF to bridge temporary imbalances of payments. In the face of increasing financial strain, the system collapsed in 1971, after the United States unilaterally terminated convertibility of the dollars to gold. This action caused considerable financial stress in the world economy and created the unique situation whereby the United States dollar became the “reserve currency” for the states which had signed the agreement. mmmmm mmmmmm

THE FEDERAL DEMOCRATIC REPUBLIC OF ETHIOPIA

Dear Mr. Strauss-Kahn: The government of Ethiopia requests support from the International Monetary Fund (IMF) for its 2009/10 economic program through a 14-month arrangement under the High-Access Component of the Exogenous Shocks Facility (ESF). We request access of 115 percent of quota, the equivalent of SDR 153.755 million (about USD 240 million). Macroeconomic performance has improved substantially under the policy package supported by the IMF with a drawing under the Rapid Access Component of the ESF, approved by the IMF Executive Board in January 2009. Given the still-low level of foreign exchange reserves, the requested arrangement will greatly assist with our efforts to steer the Ethiopian economy through the global economic crisis, sending a positive signal to domestic stakeholders and our development partners about our resolve to maintain a stable macroeconomic environment. In the attached Memorandum of Economic and Financial Policies (MEFP), we describe policy implementation in 2008/09 and set out our macroeconomic objectives and policies for 2009/10. Our program focuses on entrenching low inflation and building international reserves through appropriately tight fiscal and monetary policies supported by the necessary exchange rate flexibility. We also intend to enhance monitoring and control of borrowings by the public enterprise sector, develop the central bank’s liquidity forecasting and control capacity, and flesh out, with IMF technical assistance, a comprehensive time-bound tax reform strategy to improve domestic revenue mobilization. The MEFP and Technical Memorandum of Understanding (TMU) present quantitative performance criteria and indicative targets as well as structural benchmarks through the period of the arrangement. We believe that the policies set forth in the MEFP are adequate to achieve the objectives of the program, but we will take additional measures as needed to reach these goals. We will consult with IMF staff on the adoption of these measures, and in advance of revisions to the policies contained in the MEFP, in accordance with the agreed IMF policies on such consultation. The government of Ethiopia authorizes the IMF to publish the contents of this letter, and the attached MEFP and TMU, on its website after consideration of our request by the Executive Board. Sincerely yours, Sufian Ahmed        Teklewold Atnafu Minister        Governor The Ministry of Finance and Economic Development  The National Bank of Ethiopia mmmmmmmmmmm mmmmmmmmmmmmmm

The SDR is an international reserve asset created by the IMF in 1969 and serves as its unit of account. The currency value of the SDR is determined by summing the values in U.S. dollars of a basket of major currencies.

Freedom is not Free in Dictatorial Ethiopia 2010