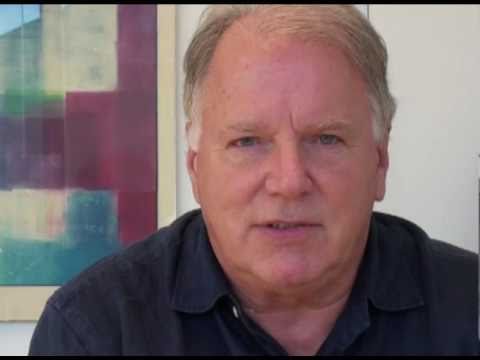 Ethiopia is indexed  among 25 hungry countries where over 53 % children are stunted, while in Eritrea more than 50 % are starving according to IFPRI.

Eritrea figured among  the most alarming countries with Congo DR & Chad.

‘Alarming’ numbers go hungry in 25 countries including Ethiopia due to poverty, conflict, and political instability causing some billion people to go hungry this year, many of them children in Africa and Asia, according to the Global Hunger Index of 11th of October, 2010.

Out of 122 countries included in the annual report, of IFPRI, Ethiopia & Eritrea are among 25 hungry countries where 53 % children are stunted & More than 50 % are starving.

The Ethiopian and Eritrean poor governance and lack of political interest in nutrition, and stimulating demand is the main reason of the problem.  Both countries do not have the necessary infrastructure to meet increased demand for health care and other services that go hand-in-hand with anti-hunger programs,

The overall number of hungry people surpassed one billion in 2009, even though it decreased to 925 million in 2010. Over 20 billion is from Ethiopia not shown in the index.

Though the Democratic Republic of Congo (DRC) fared the worst in the hunger index, which is based on data from 2003-2008, the  2009 and 2013  which  is not covered by the IFPR  will put   surely  Ethiopia among the  extreme situation despite the double score economic growth announced t by the dictatorial regime of Melese Zenawie.

The index ranked countries on a 100-point scale, with zero being the best score—no hunger—and 100 being the worst. A score higher than 20 indicated “alarming” levels of hunger and above 30, “extremely alarming” hunger.

The DRC was the only country in this year’s index with a score above 40.

The other three countries with extremely alarming hunger levels were Burundi, Eritrea, and Chad. All have been involved in simmering or open conflict for many years.

With the exception of Haiti and Yemen, all 25 countries with “alarming” levels of hunger were in sub-Saharan Africa or Asia.

According to IFPRI’ Report the Sub-Saharan Africa situation is described as:

Three over half of the population in Ethiopia and Eritrea is under-nourished. The proportion of undernourished people and the child mortality rate in each country were among two of the three factors used to compile the index.

According to the report’s co-author Marie Ruel, director of IFPRI’s Poverty, Health and Nutrition division “the third, the prevalence of underweight children, is the most important to address when trying to wrestle down hunger in a country because it accounts for nearly half the global hunger score.”  And she further stressed on the child food security which is 51% of the case in Ethiopia Ruel confirmed that:

“In order to improve their hunger index, countries have to accelerate efforts to reduce child under-nutrition,” with a particular focus on the 1,000 days from conception to the age of two.

“Those 1,000 days… are a key time because damage done by under-nutrition in early life is largely irreversible.”

Adding to the above  confirmation that :-  “a child is not properly nourished during that period, there is “absolutely cast-iron, empirical proof” it will have “profound” long-term consequences, which  ultimately going to have an impact on a country’s capacity to grow economically and socially in the future,”  Tom Arnold, CEO of Concern Worldwide affirmed.

Hunger mitigation programs that failed to focus on children under put Ethiopia “alarming” hunger index despite its relatively high gross domestic product per capita claimed by the dictatorial regime who blow up the growth.

Yet the true progress was found elsewhere, especially in Southeast Asia and Latin America, which both slashed their hunger indices by more than 40 percent since 1990.

Eight of the nine countries in which the hunger index went up between 1990 and 2010 were in sub-Saharan Africa mostly in Ethiopia and Eritrea.

The 2010 Global Hunger Index (GHI) offers a useful and multidimensional overview of global hunger while the two countries of the  horn of Africa boasted as fulfilling  the Millennium Development Goals by 2015 (MDGs). Relief Help must be dressed to victim not through the embattled Governments of Ethiopia. Muse Tegegne, Prof.