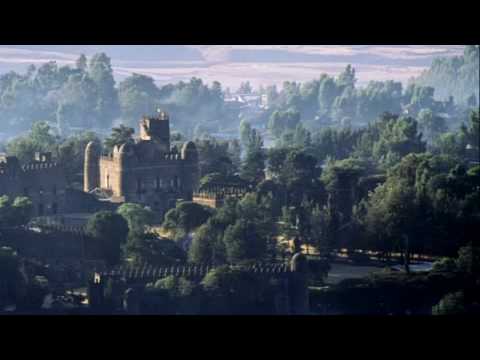 Governments across Africa are leasing land to foreign investors who use it to grow food to compensate for their own deficit, or for export. Officials in Ethiopia hope that the investment can help improve agriculture, replacing ox-and-plough with tractors, but some are concerned about whether the deals benefit the lessors.———- ————————–

Nearly 5 million Ethiopians will need food aid in first half of 2010, UN reports

Six million children in Ethiopia are at risk of acute malnutrition following the failure of rains, the UN children’s agency, Unicef, has warned. More than 60,000 children in two Ethiopian regions require immediate specialist feeding just to survive, Unicef says.The situation is expected to worsen in the next few months as crops fail.Aid agencies in Ethiopia say they are short of funds as donors concentrate on the emergencies in China and Burma.’Massive effort needed’The agencies have fresh pictures showing listless children with distended stomachs – the tell-tale signs of acute malnutrition.”In just one clinic we have more than 250 children who will only survive with immediate treatment,” said David Noguera, head of the Medecins Sans Frontieres (MSF) emergency unit.”This is absolutely alarming, we need a massive effort,” he said.Paulette Jones, of the World Food Programme (WFP), said a combination of events had led to the situation.”We have drought – a really poor rainy season – and, of course, we have high food prices worldwide.”The WFP estimates it needs to raise $147m (£75m) to tackle Ethiopia’s needs.”We are hopeful that donors will be forthcoming,” said Ms Jones.Other aid workers are not so confident. They say the money just is not arriving, with donors concentrating on the disasters in Burma and China.The UN estimates it currently has a shortfall of 180,000 tonnes of food – and presently has no promises to meet this target.

Lured by a new business model, wealthy nations flock to farmland in Ethiopia, locking in food supplies grown half a world away

Ethiopia’s farmland in high demand Governments across Africa are leasing land to foreign investors who use it to grow food to compensate for their own deficit, or for export. Officials in Ethiopia hope that the investment can help improve agriculture, replacing ox-and-plough with tractors, but some are concerned about whether the deals benefit the lessors. » LAUNCH VIDEO PLAYER By Stephanie McCrummen Washington Post Foreign Service Monday, November 23, 2009BAKO, ETHIOPIA — In recent months, the Ethiopian government began marketing abroad one of the hottest commodities in an increasingly crowded and hungry world: farmland. This Story The ultimate crop rotation Crop-sourcing———————————————–“Why Attractive?” reads one glossy poster with photos of green fields and a map outlining swaths of the country available at bargain-basement prices. “Vast, fertile, irrigable land at low rent. Abundant water resources. Cheap labor. Warmest hospitality.”This impoverished and chronically food-insecure Horn of Africa nation is rapidly becoming one of the world’s leading destinations for the booming business of land leasing, by which relatively rich countries and investment firms are securing 40-to-99-year contracts to farm vast tracts of land.Governments across Southeast Asia, Latin America and especially Africa are seizing the chance to attract this new breed of investors, wining and dining executives and creating land-leasing agencies and land catalogues to showcase their offerings of earth. In Africa alone, experts estimate that about 50 million acres — roughly the size of Nebraska — have been leased in the past two years.The trend is driven in part by last year’s global food crisis. Relatively wealthy countries are shoring up their food supplies by growing staple crops abroad. The desert kingdom of Saudi Arabia, for instance, is shifting wheat production to Africa. The government of India, where land is crowded and over farmed, is offering incentives to companies to carve out mega farms across the continent.Increasingly, though, purely profit-seeking companies are snatching up land, making a simple, if somewhat grim, calculation. As one Saudi-backed businessman here put it, “The population of the world is increasing dramatically, so land and food supplies will be short, demand will be higher and prices will rise.”The scale and pace of the land scramble have alarmed policymakers and others concerned about the implications for food security in countries such as Ethiopia, where officials recently appealed for food aid for about 6 million people as drought devastates parts of East Africa. The U.N. Food and Agriculture Organization (FAO) is in the midst of a food security summit in Rome, where some of the 62 heads of state attending are to discuss a code of conduct to govern land deals, which are being struck with little public input.”These contracts are pretty thin; no safeguards are being introduced,” said David Hallam, a deputy director at the FAO. “You see statements from ministers where they’re basically promising everything with no controls, no conditions.”The harshest critics of the practice conjure images of poor Africans starving as food is hauled off to rich countries. Some express concern that decades of industrial farming will leave good land spoiled even as local populations surge. And skeptics also say the political contexts cannot be ignored.”We don’t trust this government,” said Merera Gudina, a leading opposition figure here who accuses Ethiopian Prime Minister Meles Zenawi of using the land policy to hold on to power. “We are afraid this government is buying diplomatic support by giving away land.” But many experts are cautiously hopeful, saying that big agribusiness could feed millions by industrializing agriculture in countries such as Ethiopia, where about 80 percent of its 75 million people are farmers who plow their fields with oxen. “If these deals are negotiated well, I tell you, it will change the dynamics of the food economy in this country,” said Mafa Chipeta, the FAO’s representative in Ethiopia, dismissing the worst-case scenarios. “I can’t believe Ethiopia or any other government would allow their country to be used like an empty womb. The human spirit would not allow it.”