Skip to content
South From Slavery to Unity Sudan ሱዳን

Southern Sudan From Slavery towords National Unity” at What Price ? 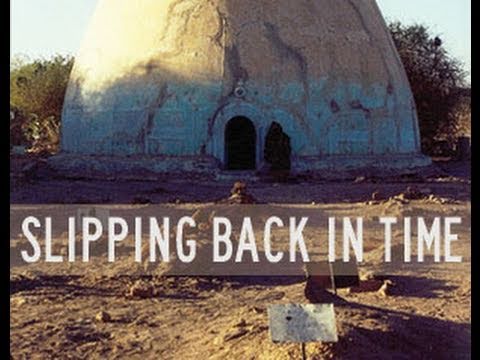 Monday 14 December 2009 03:35. Printer-Friendly version Comments… December 13, 2009 (KHARTOUM) – The Sudanese cabinet today headed by president Omer Hassan Al-Bashir unanimously approved in its extraordinary meeting Sunday evening the draft bill of the Act on Referendum in South Sudan, the Act on Referendum in Abyei and the Act of People’s Consultation in South Kordofan and the Blue Nile. Sudan People’s Liberation Movement (SPLM) secretary general Pagan Amum (R) and Nafie Ali Nafie, presidential advisor and member of the northern ruling National Congress Party, address a news conference in the capital Khartoum December 13, 2009 (Reuters) Sudan official news agency (SUNA) said that the law package will be tabled Monday before the National Assembly for ratification. The development followed announcement by the Sudan People’s Liberation Movement (SPLM) and the NCP that they have reached an agreement on a number of disputed issues after days of marathonic talks between senior figures on both sides. “We announce an agreement between the two partners on all points, which had been a source of disagreement on the referendum law in south Sudan,” said Nafie Ali Nafie, deputy head of Khartoum’s NCP. The two parties also agreed to “look into the national security and intelligence law in order to reach an agreement,” Nafie said, without elaborating. Under the referendum deal struck, a 60% turnout of registered voters and a 51% yes vote will declare the independence of South Sudan valid. Initially the NCP wanted between 75%-90% yes vote and a two thirds turnout arguing that the 2005 Comprehensive Peace Agreement (CPA) says that the secession choice should be made difficult. The full details of the agreement will be announced after consultation with all political forces in Sudan, Amum said, adding that the SPLM MP’s who have boycotted parliament for over a month would start attending sessions “within 24 hours”. The SPLM and a coalition of Northern opposition parties have attempted to stage a demonstration last Monday that was curbed by Sudanese authorities leading to the arrest of senior SPLM figures. The agreement throws into doubt the fate of another demonstration planned for tomorrow by the same political parties which was made for the purpose of protesting the failure to agree on a package of democratic reforms bills ahead of next April’s elections and on a procedural law for the south’s referendum scheduled for January 2011. Ibrahim Ghandour, a senior figure in the NCP, warned the SPLM that any attempt to stage a demonstration on Monday will nullify the agreements that were made. He added that the agreement stipulated that the SPLM will not be part of any protest as long as the outstanding issues have been resolved. An unidentified SPLM official told the London based Al-Sharq Al-Awsat that they “got what they wanted” adding that the protests plans will be likely be suspended. On Friday the NCP warned that they are prepared to go to war if all fails with SPLM. “We have offered 40,000 martyrs and are prepared to offer 100,000 martyrs,” Nafi said at a rally in the Sudanese capital. ———————- ——————-

SPLM official slams use of tear gas against demonstrators

Tuesday 15 December 2009 03:30. Printer-Friendly version Comments… December 14, 2009 (KHARTOUM) – Khartoum state minister Mayen Dut who participated in the opposition led demonstration today strongly condemned use of tear gas to disperse peaceful demonstration in the national capital Khartoum today. SPLM supporters take part in a pro-democracy rally in Khartoum’s twin city of Omdurman on Monday Dec 14, 2009 (AFP) The use of tear gas to disperse non violent demonstration is unconstitutional, brutal and indeed an act that violates not only provisions of constitution as supreme law of the country but, portrays government intentions to cling to authoritarian kind of leadership, Mayen said. “Where in the world can a responsible and law abiding government use chemicals and other concentrated gases to disassemble peaceful march,” he posed. The official who represents SPLM as minister of local government in Khartoum State government added that police showed lack of respect by beating individual indiscriminately even bystanders. They did not bother to ask, they thought anybody either passing or standing was a protester, he said. Asked why he took part in the demonstration as SPLM already reached an agreement with the National Congress Party (NCP) on southern referendum on Sunday 13, he said “first and foremost he did not take part in the demonstration as southerner but as a Sudanese and SPLM official because SPLM is not a regional party.” He further said he took part in the demonstration because the agreement does not stop SPLM from demanding settlement to security act and democratic reform laws adding “these are crucial elements in the forthcoming elections as required by the peace deal.” Today’s protest was organized by Sudanese opposition parties and the SPLM. Opposition Umma leading member Miriam Al-Mahdi said Sudanese police briefly detained over 100 protesters for five hours. Mariam was among the detained people. Security situation remains tense as there was a heavy presence of security personnel in the capital while all streets leading to the parliament building where the demonstration was planned were closed The Sudanese police was deployed in the capital and all the premises of the opposition parties, including the SPLM headquarters, were surrounded by the well equipped security forces. The Sudanese Human Rights Organisation condemned today the use of prohibited tear gas by the police. (ST) ———————–   ————-

FLASHPOINT FOR CONFLICT
Slavery in the Sahel region of Africa is hundreds of years old, and Sudan was a very active participant in the slave trade until early this century. The south-western region of Bahr al-Ghazal was one of the most prominent centres of slave trading on the African continent in the late 19th century.

South-western Sudan, on the border with the Central African Republic, is divided by the Bahr-al-Arab and Bahr-al-Ghazal rivers into two zones. With followers of Islam in the north and of Christianity and traditional religions in the south, it is a microcosm of the way the country itself is divided. It has long been a flashpoint for conflicts, often spurred by competition for resources, and compounded by racial, religious and cultural differences.

For centuries northern Sudanese and Turco-Egyptian traders raided along the Nile, deep into Upper Nile, Equatoria and into the vast lands of Bahr al-Ghazal. Here African villagers were caught, beaten and roped together. Then they were walked and shipped great distances to be sold on as domestic servants, farm hands or concubines, in Northern Sudan, neighbouring countries like Egypt and Libya, or across the Red Sea.Top

ENCOURAGING HOSTILITY
Raiding and hostage-taking, slave-like conditions and child trafficking among rival Sudanese tribes existed before the arrival of invaders from the north. From the niid-1800s, however, foreign traders encouraged hostile tribal groups to raid each other for booty including ivory and slaves. The Baggara, Muslim cattle-herders who regard them- selves as Arabs, penetrated south into Bahr al-Ghazal, the land of the Dinka and other African, non-Arabised tribes.Top

RISE OF THE JALLABA
In the early 19th century, the “Jallaba”, a group of northern Muslirn traders mostly from the Ja’aliyyin and Danagla tribes of the Nile valley, came in increasing numbers to southern Sudan, especially northern Bahr al-Ghazal, which became an important source of slaves. The Jallaba made their fortunes in the slave trade, although some also worked as boatmen and soldiers. They sent the slaves overland to markets in the north, and kept them in enclosures with thorny fences, called zaribas, en route. The Jailaba prospered, and became a powerful and wealthy community – with vested interests in slavery. To this day, Southerners sometimes refer to Northerners as “Jallaba” as if, to them, the merchant class represents the entire society. Top

“The most comprehensive account of the practice of slavery in contemporary Sudan.”—Journal of the Royal Anthropological Institute

“A distressing account of the tragic phenomenon of slavery and forced labor emerging from the civil war in Sudan.”—Anthropos

“A shocking account of Sudanese slavery.”—Crime and Justice International

Slavery has been endemic in Sudan for thousands of years. Today the Sudanese slave trade persists as a complex network of buyers, sellers, and middlemen that operates most actively when times are favorable to the practice. As Jok Madut Jok argues, the present day is one such time, as the Sudanese civil war that resumed in 1983 rages on between the Arab north and the black south. Permitted and even encouraged by the Arab-dominated Khartoum government, the state military has captured countless women and children from the south and sold them into slavery in the north to become concubines, domestic servants, farm laborers, or even soldiers trained to fight against their own people. Also instigated by the Khartoum government, Arab herding groups routinely take and sell the Nilotic peoples of Dinka and Nuer.