Afar Ethiopia vis Ertrea, Who is Attacking Who? Pretext or a Proxy War ? 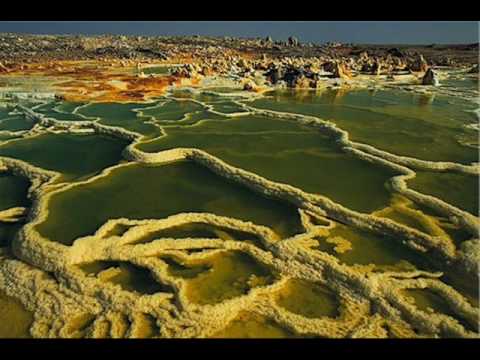 Eritrea ruler’s propaganda website, www.shabait.com , today reported of a deadly border clash with Ethiopian troops in the early hours of the first day of the new year 2010. The incident reportedly took place in the border town of Zalambesa.

“Zalambesa, 2 January 2010: In the early morning hours of January 1st 2010, TPLF soldiers launched successive attacks in the Zalambesa front and were swiftly driven back with 10 of their soldiers killed and two captured, leaving six AK-47 automatic rifles, a machinegun and communication equipments” said the report posted on the front page of the website.

Addis Ababa – Eritrea accused arch-foe Ethiopia on Sunday of launching attacks along their disputed border but said its troops had driven off the assault, killing 10 Ethiopian soldiers and capturing two.

“In the early morning hours of January 1st 2010, TPLF soldiers launched successive attacks in the Zalambesa front and were swiftly driven back,” the ministry said in a statement on its website.

Zalambesa lies in the centre of the contested frontier, over which neighbours fought a brutal war in the late 1990s.

“Ten of their soldiers (were) killed and two captured, leaving six AK-47 automatic rifles, a machine gun and communication equipment,” the statement said.

Ethiopian Prime Minister Meles Zenawi’s TPLF party is the main member of the ruling coalition and was a close ally of the Eritrean government before they fell out prior to the border war.

A UN-backed boundary commission charged with demarcating the border has handed the disputed town of Badme to Eritrea but Addis Ababa has refused to recognise the ruling.

In August the Hague-based Eritrea-Ethiopia Claims Commission ordered Asmara to pay $10m in damages sustained during the conflict, a decision Asmara has pledged to comply with.

Addis Ababa – An Eritrean opposition group told AFP on Tuesday it was “prepared to launch attacks” on government troops after the United Nations last week imposed tough sanctions on Asmara.

“This is a good opportunity for us,” Cornelios Osman, head of the Democratic Movement for the Liberation of the Eritrean Kunama (DMLEK) said in a phone interview.

“We are preparing our military forces to launch more attacks,” he added. “We are inside Eritrea and will hit selected targets and institutions.”

The UN Security Council last week voted for an arms embargo and targeted sanctions against Eritrea, which has been accused of trying to destablise the Western-backed government in neighbouring Somalia.

Asmara condemned the decision as “a shameful day” for the United Nations.

But Cornelios said the travel ban imposed on senior officials would “further isolate the regime” and “deter it from receiving the hundreds of millions of dollars it gets” annually from the Eritrean diaspora.

DMLEK is a member of the Ethiopia based coalition Eritrean Democratic Alliance, of which two other groups have also waged a nascent armed struggle often staging hit-and-run attacks.

Some 80 000 people died in a 1998-2000 border conflict between the two neighbours, many in brutal World War I style trench warfare.

A UN-backed boundary commission charged with demarcating the border handed the disputed town of Badme to Eritrea but Ethiopia has refused to implement the ruling so far.

Ethiopia: Eritrea to use Sudanese territories for terrorist actions

December 30, 2009 (MEKELLE, ETHIOPIA) – Ethiopia on Wednesday told Sudan that arch-foe Eritrea is being prepared to use Sudanese territories for “terrorism” missions.

“According to our latest intelligence sources, the Eritrean government is making all the necessary preparations to use the long Ethiopia-Sudan common border to smuggle ‘terrorists’ and anti-Ethiopian forces into to our soil” said the director, also the representative of the Federal Democratic Republic of Ethiopia to the joint commission.

“It is imperative, therefore, for the joint border commission and the respective bordering states of both countries to clearly understand the intentions of the Eritrean government.” He added.

The Ethiopian official further said that his government is closely watching into what he said was “Asmara’s systematic gamble aimed to disrupt the existing excellent ties between Ethiopia and Sudan”.

Last week, Ethiopian authorities said that they have apprehended four individuals with “Eritrean accent” who are suspected of carrying out a recent deadly grenade attack at a packed café in the restive Ogaden region where terrorist-designated Ogaden Rebels (ONLF) are active.

Sudanese presidential advisor and head of the Sudanese delegation General Salah Abdalla to his part said that securing peace and stability in either of the neighbours does mean securing peace to both countries and expressed his country’s readiness to fully cooperate with Ethiopia for regional peace and security.

“Sudan won’t allow any of its territories to be a save heaven for anti-Ethiopia forces considered as threats to the Ethiopian people and to country’s peace and development.”

The four-day joint meeting deliberates on matters of security, education, trade, health, culture, control of illegal border trade and also on ways of preventing communicable diseases among others.

The republic of Sudan has sent a 135-member Sudanese delegation including a musical team from Upper Nile, Blue Nile, Sener, and Geddarrif states.On the Ethiopian side, Tigray, Benishangul-Gumuz, Amhara and Gambella are the States representing Ethiopia.

Ethiopia and Sudan will fight against Eritrea’s attempts to arm insurgents to destabilize the two East African nations heading for elections in 2010 around their common borders, a senior Ethiopian security official said on Wednesday.

Ethiopia’s top spymaster, Getachew Assefa, the Director-General of the National Intelligence and Security Services, said the border security was of utmost importance for the two countries as they prepare for presidential and parliamentary elections in 2010.

He said the elections in the two countries provided a ‘golden opportunity’ to the Eritrean government to stage attacks against Ethiopia.

The Ethiopian diplomats and security experts have been holding talks with their Sudanese counterparts in Mekelle town, some 900 kms north of capital Addis Ababa, on matters of mutual interest, covering border security and political stability.

The 12th session of the Ethiopian-Sudanese Development and Boundary Commission resolved to step up border security, warning that the next-door neighbour, Eritrea, was likely to use the border areas to cause political tensions in the two countries.

Sudan and Ethiopia, which have been holding the Joint Commission meeting in the region near Eritrea since 28 December, said the fight against terrorism would top their agenda as the two states head towards elections in 2010.

Sudan’s electoral process is underway with Presidential nominations expected to take place on 22 January, while Ethiopia’s parliamentary polls are due to be held on 23 May, 2010, in which the party with the majority seats in parliament forms the government.

Eritrea has been put under strict UN Security Council sanctions for allegedly supplying arms to insurgents battling to overthrow the western-backed Somali interim government and for its military aggression against neighbouring Djibouti.

Assefa warned that the Eritrean government was preparing to use the Sudanese territory as a base to arm insurgents and launch terrorist attacks against Eritrea, according to state media reports, which quoted the Ethiopian official, urging joint security operations.

Sudan’s Presidential Advisor General Salah Abdella said the two states were working together to scatter any terrorist attempts in the region.

Abdella said the two states would work closely in monitoring the border and fighting terrorism.

Eritrea has denied the accusations levelled against it by the Ethiopian government, saying the UN sanctions were based on falsified reports.

TPLF Troops Launch An Attack In The Zalambesa Front

Zalambesa, 2 January 2010: In the early morning hours of January 1st 2010, TPLF soldiers launched successive attacks in the Zalambesa front and were swiftly driven back with 10 of their soldiers killed and two captured, leaving six AK-47 automatic rifles, a machinegun and communication equipment

————
ZALAM BESA, Ethiopia (Reuters) – Two Eritrean rebel groups said on Friday they have killed 25 government soldiers and wounded at least 38 others, in ambushes on two military camps.
There was no immediate comment from the Eritrean government and the report could not be independently confirmed.
Rebel spokesman Yasin Mohamed said the attacks by the Red Sea Afar Democratic Organisation (RSADO) and the Eritrean Salvation Front (ESF) rebels were in retaliation for the repression of the Afar minority and others by the government.
“The joint forces earlier today, made a surprise attack at the camp of 13 sub-division of the 2nd brigade at the vicinity of Kokobay, killed 13 and wounded 20 others,” Yasin said.
He said a separate attack killed 12 members of an intelligence unit and wounded 18 others in Kermeti area. The United Nations Security Council imposed sanctions on Eritrea last week for arming and supporting Islamist insurgents in Somalia.

Memory of  The 2008 kidnapping