Revolt and Massacre in the “Arabian Nights” : Bahrain,Libya, Yemen, Algeria … 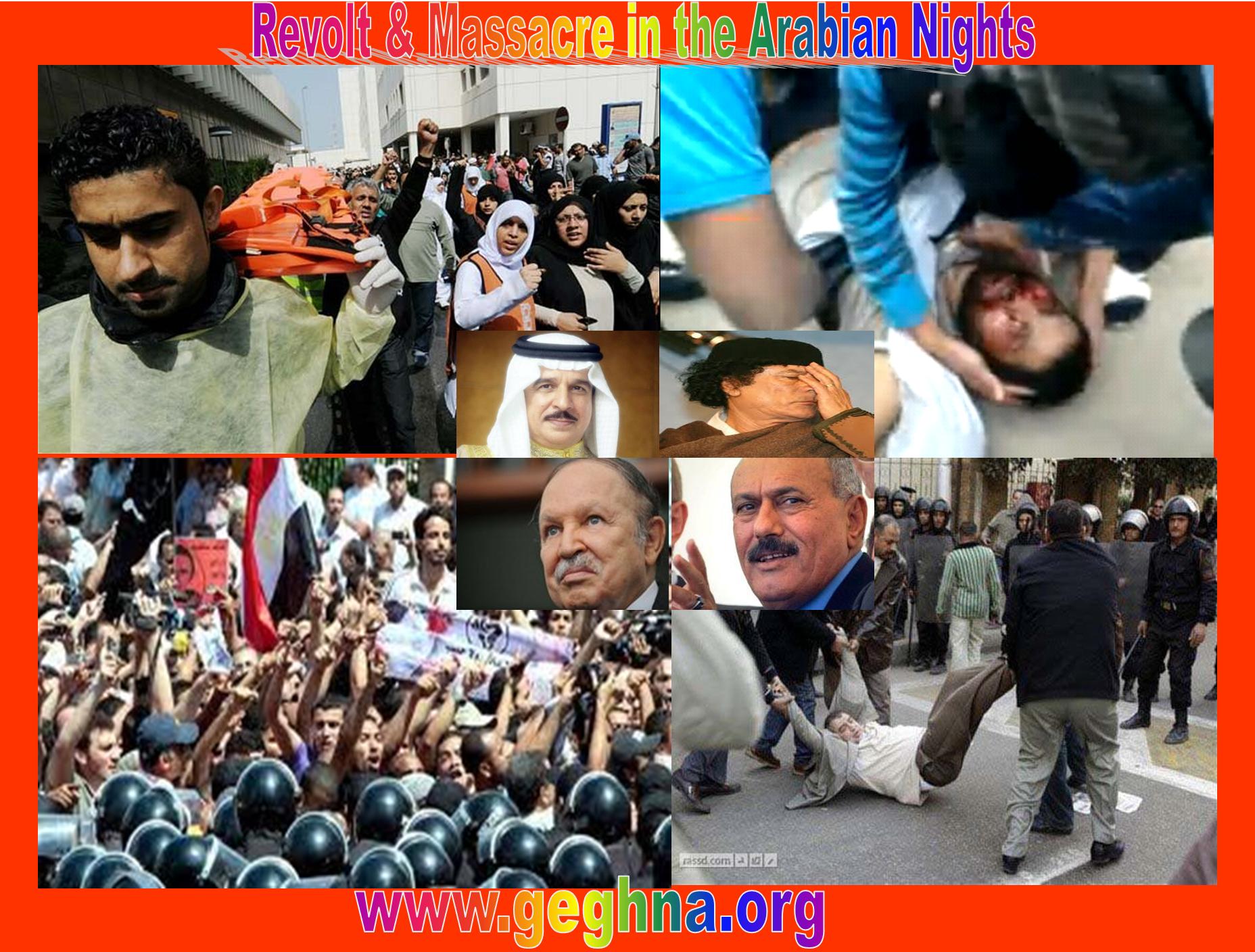 The Arab streets declared war on ruling  dictators and despots extending from Tunisia via Libya cleaning Egypt and forcing the Jordanian King to reform his government, with nonstop revolting extending from Yemen to Bahrain.

Since the creation of artificial post colonial Arab states by Laurence of Arabia in the early 19th century for the benefit of the leaving colonial powers , the mass was set to sleep in long hibernation.  The dominated manipulated  sleeping giant  360 million strong Arabs are  weakling up by social Tsunami blowing  the despot  away through social media as  an arm of liberation as was guns in the  African revival in 1960’s and 70’s liberation struggle.

The new revival would eventually provoke new war in the region triggered by the Arabian night’s surviving  deposits against Iran with Israel.

The Libyan killer orders the shooting of his people over 70 innocent in the week end and lost the control of the country except the capital and the protesters cried  “Gadaffi Go Go To Africa  join the dictators”.  The worst come form century old Califa of Bahrain thinking he is in the Arabian nights orders his swards over his people.

At un  number  protesters were killed only 4 were accounted, while the number will soured over 100 in a bloody crack-down in Bahrain after tanks ordered by the Califa king entered the capital and security forces smashed a tent city in the main square, opening fire with grapeshot. The situation is fraught with risk since a Sunni monarchy minority rules a Shia majority with mixed Iranian ancestry and big ties to Tehran.

The Saudis have already dispatched troops and equipment to put down the uprising before the social Tsunami. Iran is preparing to send two warships through the Suez Canal to support its Syrian ally led to hot words with Israel.

Kaddafi, the worst of the Arabian despot just killed cold bloody  20 people  to stop the “Day of Anger” , while there was a fifth day of violent clashes in Yemen continue menacing the to break the country to two.

Arabian revival increasing oil prices are becoming a threat to the global economy, hitting the net oil consumers of China, Europe, and Japan the most not sparing US.