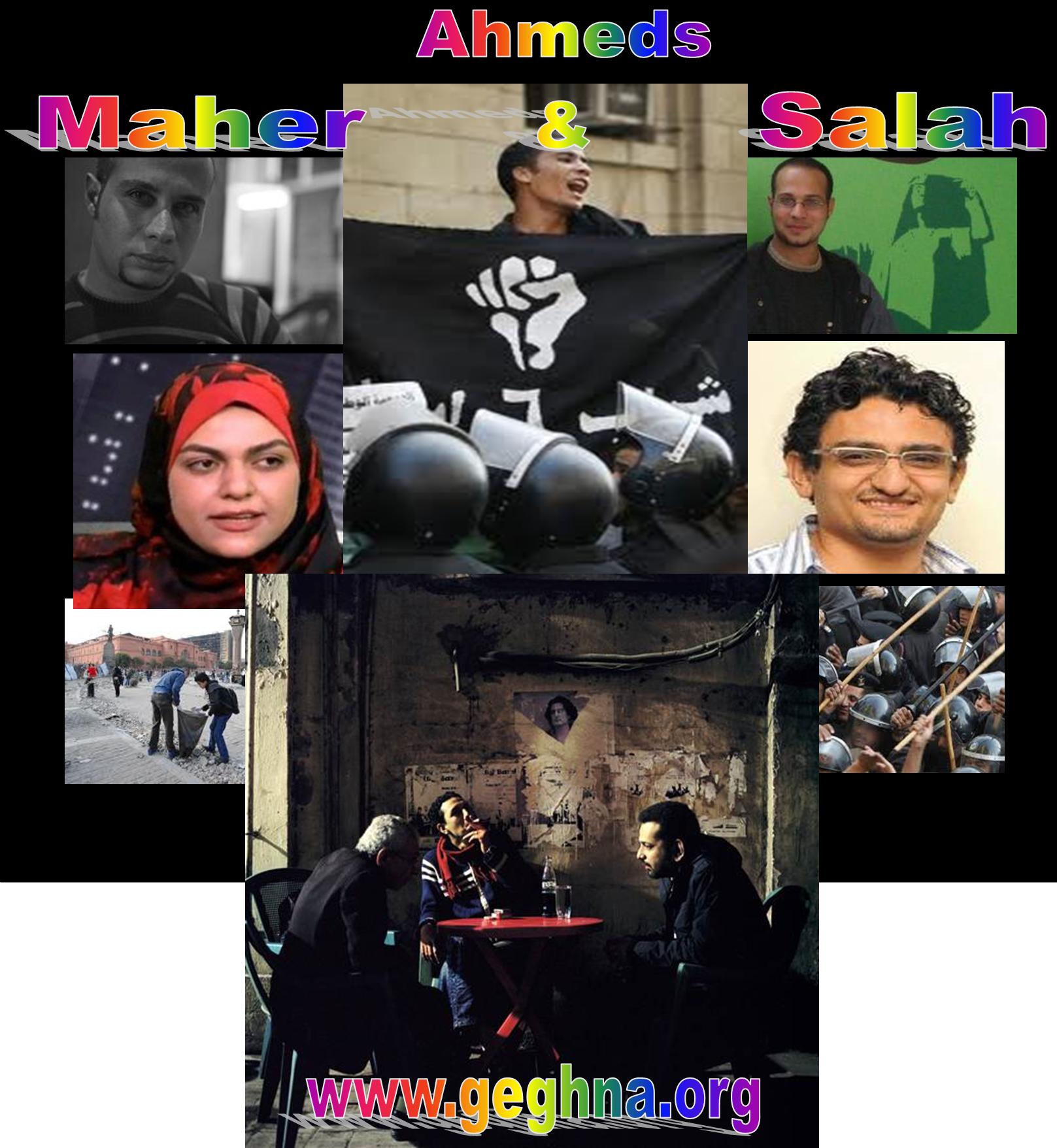 The Egyptian social Tsunami has started by a faceless face book Social Media movement known as the April 6 Movement’ has been organizing the last three years. It took the Tunisian uprising to get it a new social dynamic as spring board to start the protest.

They are the main organizers of the l upheaval that swept away the government of Hosni Mubarak.  Formed around three years ago, the loosely organized social network forum had never foreseen for itself back then a role as vehement as it holds currently.

The three years old movement started is seeds in the Egyptian workers movement similar to the polonaise movement of solidarity in 1980s but equipped with a social media at their service and disposal and younger groups than that of the Eastern Soviet satellite state in is time.

The movement was started three years ago by young internet activists Ahmed Maher and Ahmed Salah in order to mobilize support for striking industrial workers El-Mahalla El-Kubra. They used the power of media and organize people to support the cause of the workers, who were planning a strike April 6, 2008.

The young bloggers called on the supports and the participants to wear black and stay home the day of the strike. Bloggers and citizen journalists used Face book, Twitter, Flicker, blogs to inform one another and the general public about the protest.

In Egypt only about one in nine Egyptians has Internet access, and around 9 percent of that group are on Face book which make a total of 800,000 members. If we compare even that much of Ethiopians are not connected in Diaspora leave alone in the country. The recent estimate only one out 10 Ethiopian in Diaspora consult the internet today.

Under Mubrak Egyptian are legal prisoners of his system like Melese Zenawie of Ethiopia.  The only out let to the young Egyptian is the social media. Under Mubarak an estimated 18,000 Egyptians were imprisoned. The Egyptian police used to arrests people without any charges. The government has banned political organizations and makes it illegal for more than five people to gather without a license from the government. All Newspapers are monitored by the Ministry of Information in order not to criticizing Mubarak.   Thus the main base of the movement is the country’s media orientated youth, since they are the main benefiters of social media for social change.

The April 6 movement a youth coalition and says they are not political party and that it will not contest elections.

The Mubarak regime had sensed the movement back May 2008 by arresting   Maher  and found nothing tangible and realized him, and in July the same year as  a provocateur and unrest organizer then.  His co organizer of Social unrest through social media, Ahmed Salah, was finally arrested last week but it was too late to stop the volcano. “We are a group of Egyptian youth brought together for the love of Egypt and the desire for reform  … Although the vast majority of us do not belong to any political trend or linked to politics , however, we are determined to complete the road, we believe we can continue from where others stopped.. We are convinced of our ability and our right to change this sad reality… We have agreed on the patriotism and sacrifice for it and the desire to reform this nation, we started on, April 6 2007 this historic day in the lives of Egyptians and Egyptian political movements, as we have with some parties and political forces called for a general strike that day to protest against the deteriorating living conditions, and we had to call for the strike by all means, including the popular Face book site, and there was a great response to the strike, where most students did not go to schools and universities that day, and most employees from different governmental sectors did not go to work, and the streets were almost empty all over the country, but the largest response to the strike was in the town of Mahalla , where Mahalla inhabitants stood against the blind stick of security ,as people took place in the mass protests ,faced the security and their tear gas and bullets, injuring dozens and killing three people and arresting hundreds of Mahalla people, despite the heated situation in the danger area Youth April 6 did not miss sharing Mahalla people their crisis and witnessing the arrogance of the security, and the violence against the people of Mahalla protesters and they also witnessed the destruction of Mahalla by thugs hired by the Security to complete the series of burning and destruction of the town of Mahalla , the castle of Egyptian industry.
Young people went out on April 6 heading towards downtown in Cairo to protest and actually a large number of April 6 youth went out to the streets that day, where some of them got arrested , and some of them continued detention for more than a month, and some were released on the same day.
Despite all that Youth April 6 refuses to surrender or retreat, they decided to complete the journey towards changing the current situation and reform the result of more than a quarter century of corruption and emergencies.
We Youth April 6 movement believe that the change and reforming of Egypt will not happen by claims or petitions, we will achieve it by providing real alternatives and real solutions to find a real alternative for political, economic and social Renaissance in Egypt that provides stability and security of the Egyptian citizen.
And we Youth April 6 movement believe that this will happen only by the move of young people – as they are the real one who will benefit from the change when it happens, as they exceed 60 % of the Egyptian population..
Our youth are the future leaders and our energy today.
And the cooperation of all political forces to unite and work together to bring about change for the reform of Egypt and get rid of the corruption, destruction and waste of wealth for more than a quarter of a century.
In the end, we do not call for a new group… Or a new party, but we call on all Egyptians (individuals – communities – parties – (dedicated in all sectors) to meet at one project: the awakening of the people to stop the unjust oppression of the corruptive gang and the elimination of corruption and despotism.
(Trying to be the conscience of our precious Egypt)