Dictator Melese Zenawie loses his sense and criticizes US legitimate defense to September 11 terrorist act :- Melese graps mistakes rather than learn from them :- Genocide from Rewanda Guantanamo from US 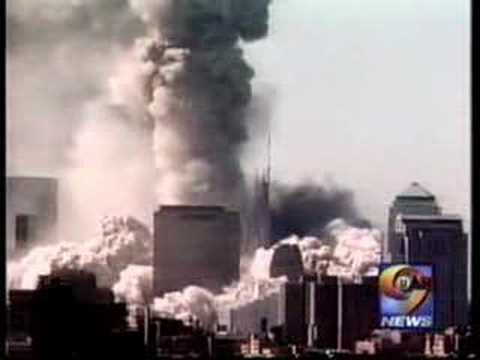 Ethiopia blasts US for report on rights record

Sudan Tribune: Ethiopia blasts US for report on rights record28March 2010

March 27, 2010 — The Ethiopian government denounced the 2009 US State Department Human Rights Report on Ethiopia, according to ENA. The government says it was compiled in collaboration with Neo-liberal extremist forces and it is groundless and unacceptable.

In a press statement it issued on Friday the government said it exhaustively examined the 2009 US State Department Human Rights Report with the previous report issued by same department.

“76 percent of 2009 report is a carbon copy of 2008 similar report while 21 percent of it is slightly modified newly fabricated allegations. Some 14 percent of the report is seemingly new issues.”

The funny side of the report is naming the Oromo National Liberation Front (ONLF) members who killed 65 Ethiopians and eight Chinese innocent civilians at Ogaden area as political prisoners.

“In paradox, the US government has not named as political prisoners the suspects who engaged in the terrorist attack on Sept. 11 detained at Guantanamo without due court process.”

“The Office said the ill-fated report consciously narrated that members of Ginbot 7 terrorist group were stayed long in prison with out charging file by court and as if they were deprived of family visits. ”

“The report even did not try the very elementary step to verify the hearsays and allegations from the Ethiopian government rather incorporated information from terrorist sects like ONLF, Oromo Liberation Front (OLF) and Ginbot 7 Group.”
@@

Published Date: 29 March 2010
By Charles Tannock
TWO decades ago, Ethiopia was a Cold War battlefield. On the ideological map of the world, it was Soviet territory, a land of famine, dictatorship and civil war. But, with the overthrow of Mengistu Haile Mariam’s Marxist-Leninist dictatorship in 1991, Ethiopia began to transform itself. Today, it ranks among the five fastest-growing economies in the world and is a bastion of regional stability.

That stability matters, because the Horn of Africa is becoming a security headache once again. If the region is to be stabilised, Ethiopia will need to play a key part.

Besides the never-ending anarchy of neighbouring Somalia, the regional challenges facing Ethiopia and its long-serving prime minister, Meles Zenawi, are daunting. The country remains on a war footing with Eritrea over the disputed border village of Badme. The peace deal between the government and the former rebel SPLM is unravelling fast in neighbouring Sudan, where a scheduled referendum in the south in January 2011 on secession and independence – part of the 2005 peace deal – may provoke a return to all-out war.

Further south, Kenya remains scarred by the aftermath of post-election violence, and its constitutional review process could lead to yet more bloodshed. Moreover, Ethiopia’s proximity to strife-torn Yemen just across the Red Sea is complicating the country’s foreign policy because of its role in working to keep Somalia out of Islamist control.

Despite these myriad problems – or perhaps because of them – Ethiopia has an opportunity to emerge as the undisputed regional leader. Though landlocked, Ethiopia is comparatively well endowed with natural resources, not least its fertile farmland. A final settlement of the lengthy dispute with Egypt over the waters of the Blue Nile appears to be in sight, and could have a powerful impact on economic growth.

But, despite Ethiopia’s progress, the international community has been reluctant to view the country as a strategic partner. Of course, Ethiopia has its problems, but these should be seen in an African context. The human-rights situation could undoubtedly be improved – in particular, the treatment of the political opposition leader Birtukan Mideksa – but Isaias Afwerki’s regime in Eritrea is far worse.

President Yoweri Museveni of Uganda has created what amounts to a one-party state during his 24 years in power, yet he is feted in the West as one of Africa’s visionary leaders.

If Zenawi consolidates his hold on power in the parliamentary elections due this May, the world should expect the stability that he has brought to take deeper root. Whether it will ripple throughout the region is another question. That is why, regardless of the electoral result, Ethiopia needs international backing.

It is interesting to contrast the likely consequences of the election in Ethiopia with the expected fallout from the presidential election scheduled in Sudan at around the same time. If Omar al-Bashir retains Sudan’s presidency, as expected, he will be emboldened to step up his hostility to the country’s restless regions. His bloody campaign in Darfur, the world should need no reminding, has led to his indictment by the International Criminal Court.

Bashir will also no doubt try to stop the oil-rich devolved region of South Sudan from declaring independence. The people of South Sudan are likely to favour secession – not least because of decades of war and the deeply resented imposition of Sharia law by Bashir’s government.

Many now believe that Bashir will seek to prevent the referendum from taking place, or to use its result as a pretext to return to war with the south – with devastating consequences across the Horn of Africa. Ethiopia’s diplomacy will be vital to minimising the potential for such violence to spread, but Ethiopia can fulfil this role only if it receives strong strategic backing from the West.

Regional rivalries and past history mean that Ethiopia has few natural allies in the region. One such ally could be Somaliland, the former British protectorate, which broke away from Somalia in 1991 and lies to the north-east of Ethiopia.

Somaliland is, like Ethiopia, relatively stable. It also has a lengthy coastline and a deepwater port, Berbera, which could help land-locked Ethiopia. The moderate Islam practiced in Somaliland could not be farther removed from the barbarity of the Al-Shabab in Somalia. If Ethiopia were to recognise Somaliland as sovereign, other African Union countries would probably follow – and, perhaps, the US and EU states.

Ethiopia’s leadership throughout the Horn of Africa could bring change in a part of the world that has largely been written off. It is time to give Ethiopia the diplomatic tools it needs.