Southern Sudan end of referendum and the beginning of tumultuous independence 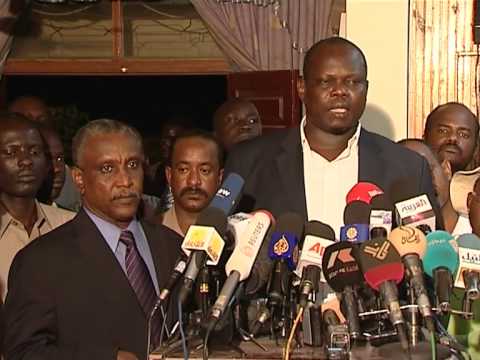 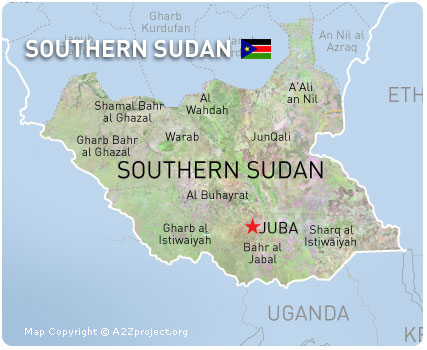 JUBA/KHARTOUM, 23 April 2010 (IRIN) – This month’s chaotic elections have widened divisions within the Sudan Peoples’ Liberation Movement (SPLM), according to analysts, who warn of risks to a referendum on southern secession, to future relations between two potentially independent states, and to the very stability of Sudan as a whole.

The January 2011 referendum, which will give southerners the opportunity to form a new independent country, is one of the most important provisions of a 2005 accord (CPA) that ended decades of war between Khartoum and the southern-based SPLM insurgents. The peace deal has entered its final stage, but its southern co-signers could be entering a critical final chapter as well, with wide-ranging implications.

“Southerners have reason to celebrate being able to vote, but the rancour and divisions within the SPLM are growing just as it needs to pull together,” warned the latest Small Arms Survey report.

“If half the resources and energy – both Sudanese and international – had gone into reconciliation activities as have been devoted to “democratization”, Sudan’s future might seem more promising,” the report from the Geneva-based research group said.

“I think this process has had serious implications for the SPLM at a moment when it really can’t afford to be divided,” said Maggie Fick, a Juba-based Southern Sudan researcher for the Enough project, a US advocacy group critical of Khartoum.

The most visible of the fault lines running through the SPLM, and perhaps most relevant to the future of all Sudanese, lies between its northern and southern wings, or “sectors”. For years, the two have pursued different, but supposedly complementary goals: the northern sector has worked to unite opposition forces against the Khartoum government to forge a so-called “New Sudan”.

The southern sector has been more involved in achieving varying degrees of self-determination for the long-marginalized south, for Abyei (an oil-rich county which straddles the north-south border), and for the states of Southern Kordofan and Blue Nile, which although lying on the northern side of the border, fall under the aegis of the SPLM’s southern sector.

The two sectors have co-existed since the late SPLM leader John Garang established them in 2005. But as the New Sudan focus dimmed following Garang’s death that same year – and as the prospects of southern secession grew sharper – the party’s twin movements appeared increasingly disjointed.

During the lead-up to the elections – critically important for the northern sector, but seen by some in the south as little more than a bump on the road to the referendum – strong disagreements between the two camps broke into the open.

“This is an ideological difference in the first place,” said one SPLM member in Khartoum. “Some people in the southern sector do not think beyond the borders of Southern Sudan.”

Amid growing complaints that the co-governing National Congress Party (NCP) had rigged the elections in advance, SPLM Secretary-General Pagan Amum, seen as sympathetic to the northern sector, promised in late March that the SPLM would join other opposition parties should they announce a total boycott of all the polls in the north – presidential, legislative and gubernatorial.

But after a meeting chaired by Salva Kiir, the president of Southern Sudan’s autonomous government, the SPLM announced it would only pull out of the national presidential race and from polls in Darfur. Buoyed by protests from SPLM gubernatorial candidates in the north, Amum then later declared that the northern sector was pulling out of the elections altogether. Kiir refused to endorse this move.

“There were strong voices around [Kiir] that thought good relations with [President] Bashir would be good for the referendum,” says Samuel Okomi, director of the South Sudan Youth Participation Agency, a civil society NGO. “The northern sector is feeling that they are just being used and will be dumped later on.”

For his part, Yasser Arman, head of the party’s northern sector and, until his withdrawal, its presidential nominee, played down talk of an election-related split between him and Kiir. “We go way back, and we have a very strong relationship,” Arman told reporters.

But to Fouad Hikmat, Sudan analyst for the International Crisis Group, a full-on split looks imminent. “The SPLM northern sector will separate from the south,” he said. “They know the south is heading for secession.”

“This is very dangerous for Sudan’s stability,” said Hikmat, who thinks a new rebellion could arise from the ashes of the SPLM’s northern wing and that it would be joined by SPLM elements in Blue Nile and Southern Kordofan. Many in these states are disgruntled at having been fobbed off – as part of the CPA negotiations – with a vague “popular consultation” instead of also being given the option to secede in a proper referendum.

“Self-determination calls will rise in the rest of Sudan if the south secedes and a new northern movement is created with an alliance of armed groups in the Blue Nile, Southern Kordofan, Darfur and eastern Sudan,” he said.

Fick fears the implications of an SPLM split for the south, where she said any national divisions could weaken the party’s bargaining position.

A range of contentious issues relating to the CPA and the referendum are up for discussion between the SPLM and CPA over the coming months. Some, such as the demarcation of the north-south border, need to be resolved before the referendum can take place. Others relate to how a future independent south and Khartoum would work together. These include how they would share their oil revenue and other resources, their international debts and their infrastructure.

“This is a time when unity within the SPLM is totally essential if they are going to succeed in negotiations with NCP,” Fick said.

Also up for grabs is political space within the south itself. “If elections and the referendum are conducted as planned, there will be a new political dispensation in the South, and anything could happen,” said a December 2009 report from the International Crisis Group.

Tensions between the SPLM and former party members who ran as “independent” candidates for state governorships – powerful positions that control access to often lucrative resources – threaten to boil over. Allegations of vote rigging have already arisen in four different states – Unity, Northern Bahr al-Ghazel, Western Equatoria, and Central Equatoria – where strong challengers are contesting against the SPLM nominees, and in some cases victory has already been declared well ahead of any official compilation of results.

Some fear such electoral bickering could quickly degenerate into something far more serious. The South has a long history of inter-ethnic conflict, with many groups used as proxy forces by Khartoum during the war. Many of these militias, still controlled by powerful political figures, were never properly demobilized or fully re-integrated into the official standing armies. “Among the Khartoum-backed militia members who subsequently declared allegiance to the SPLA [Sudan Peoples’ Liberation Army], long-standing grievances against the Southern army and the GoSS [Government of Southern Sudan] remain,” said the Small Arms Survey.

Quite apart from southern electoral politics, and allegations of the north and southern factions deliberately destabilising areas for political ends, relations between and within the varied communities and regions in Southern Sudan are often strained by competition for natural resources such as water, grazing and land; as well as by cattle-raiding, local power rivalries, disputes over marriages and vendettas.

The Small Arms Survey report warned that “anger at what is seen as an exploitative, corrupt, unrepresentative, and ill-performing Juba government is widespread and growing.”

“The SPLM needs to put a lid on the instability, or else the NCP could use it as an excuse to try to postpone the referendum, and if that happened, the SPLM has threatened to unilaterally declare independence,” warned Claire Mc Evoy, manager of the Survey’s Sudan project and co-author of the report.

“That could easily lead to another armed conflict between north and south,” she added.

THE ELECTION of Sudan’s President Omar al-Bashir in the country’s first multiparty election in 24 years was the foregone conclusion to a race that had precious little democratic credibility. In truth, it was merely a sideshow ahead of a referendum scheduled for January which, if it happens, is likely permanently to divide the country in two through the almost inevitable secession of the south.

Mr Bashir, who seized power in a coup in 1989 and is currently wanted by the International Criminal Court on charges of crimes against humanity in Darfur, received 68 per cent of the vote, though international observers said the election was marred by intimidation, gerrymandering and fraud. Before the voting started in mid-April, several of the top opposition parties abruptly dropped out of the electoral race, leaving the path clear for Mr Bashir.

In southern Sudan, Mr Bashir’s scarcely more democratic counterpart, Salva Kiir, prevailed as well, winning 93 per cent of the vote to remain president of the semi-autonomous region. He is leader of the Sudan People’s Liberation Movement which has led the fight for secession for decades through two bloody north-south civil wars, and is now the junior partner in the national government under the terms of a 2005 peace treaty. The north is predominantly Muslim, while the south, a third of Africa’s largest country, is mainly Christian and animist and bent on independence since Sudan itself became independent in 1956.

The treaty commits both sides to the referendum but Western powers fear a reluctant Mr Bashir may have second thoughts, and observers suggest their restrained silence over the dubious election reflected a calculation it would make Khartoum less likely to renege on the strategically crucial poll.

At stake, as well as independence for the people of the south – though one fears, on the basis of Mr Kiir’s election, not democratic rights – is control over some 500,000 barrels of oil a day, mostly from the south or along what is a contested potential border line between the two parts of the country. The oil has been enough roughly to double Sudan’s per capita income in the last 10 years. Though its benefits have been unevenly spread, it has contributed to the country’s recent economic growth and Mr Bashir’s relative popularity in the north. Some suggest he had no need to rig the election.

Sudanese authorities began marking the border yesterday in preparation for the poll.