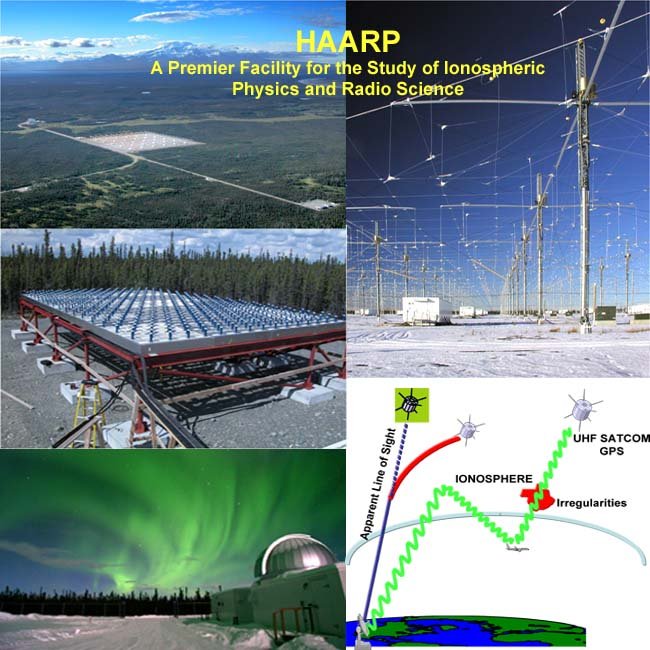 Decades have passed since    HAARP has been suspected being responsible and an instrument of Armageddon bringing all recent earth quakes, floods, forest fires, drought that our planet is enduring. While others put the responsibility on the coming Doom’s day effect which will culminate on 2012 at the end of Maya calendar cycle.  The Ecologists put the main culprit being pollution caused by excessive use of fossil fuel all over the world. The religious leaders claimed   a sign of the end of the time as prophesied, when men play as God. These days’ voices have been raised against the installation of HAARP even among some political leaders. Most of the denunciation of the HAARP comes from some people one way or another worked in and around the project. 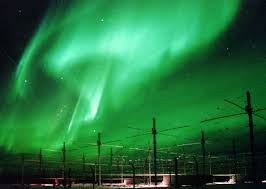 HAARP The High frequency Active Auroral Research Program (HAARP) is a program focused on the study of upper atmospheric and solar-terrestrial physics and Radio Science.

It has been there  since the 1950s to investigating the  fundamental physical principles which govern the earth’s ionosphere.

Brabcheces are found  in Puerto Rico, near the Arecibo Observatory, and the other (known as HIPAS) in Alaska near Fairbanks.

The  European Incoherent Scatter Radar site (EISCAT), a premier ionosphere research facility located in northern Norway near Tromso the offspring of HARRP. It has some reflect factlties all around the earth Jicamarca, Peru; near Moscow, Nizhny Novgorod (“SURA”) and Apatity, Russia; near Kharkov, Ukraine and in Dushanbe, Tadzhikistan.

HAARP in its offical site gives the follwing mains resons of its funtioning:-

HAARP is composed of  power, high-frequency (HF) phased array radio transmitter (known as the Ionosphere Research Instrument (IRI), used to stimulate  ionosphere,  geophysical research instruments including an HF ionosonde, ELF and VLF receivers, magnetometers, riometers, a UHF diagnostic radar and optical and infrared spectrometers and cameras which are used to observe the complex natural variations as well as to detect artificial effects produced by the IRI.

HARRP is a  big big  capacitor whcih  only stores and releases electrical energy, without dissipating any. In reality, all capacitors have imperfections within the capacitor’s material that create resistance.

Men through centuries were trying to harness energy  similar to the Ark of  covenant.  Th king of o kings of Ethiopia Menilk the II used the holy Ark to bit the invading Italian troops in 1896 at   the hills of Adwa . The Biblical account relates that during the trip of the Israelites, the Ark was carried by the priests ~2,000 cubits (Numbers 35:5; Joshua 4:5) in advance of the people and their army or host (Num. 4:5-6; 10:33-36; Psalms 68:1; 132:8). When the Ark was borne by priests into the bed of the Jordan, the river was separated, opening a pathway for the whole of the host to pass over (Josh. 3:15-16; 4:7-18). The Ark was borne in a seven day procession around the wall of Jericho by three priests sounding seven trumpets of rams’ horns, the city taken with a shout (Josh. 6:4-20). When carried, the Ark was always wrapped in a veil, in tachash skins (the identity of this animal is uncertain), and a blue cloth, and was carefully concealed, even from the eyes of the Levites who carried it.

HARRP is like a man made Ark which is made to control nature.

According to the its institute  HARRP  to ensure the safety of all flight operations in the vicinity of HAARP, the facility employs an aircraft alert radar (AAR) to automatically shut off appropriate transmissions when aircraft are detected either within or approaching a defined safety zone around the facility. Flight tests are conducted regularly to demonstrate the capability of the HAARP radar to detect even very small targets. Research operations are not conducted unless the AAR is operating satisfactorily.

Is HARRP hazardous to our health?

Hacking HARRP with the Faith Frequency