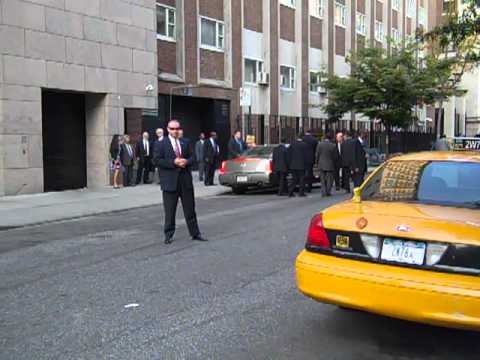 The month of September is a special month in the history of the Horn of Africa. It is the month of Ethiopian & Eritrean Orthodox New Year falling the same day as that of 9/11 terrorist attack 9 years ago in New York. The 1st of September is  a memorial day in  Eritrea, the day the struggle of liberation started.  This day is commemorated every years in Asmara the capital of the ex Italian colony once federated later province of Ethiopia, which seceded in 1991 and became Independence in 1993, with the full support of the present regime of Ethiopia. Eritrea is a pure creation of the scramble for Africa.  The  Eritrean legacy of  colonization has continued to this day starting a full flagged war with Ethiopia 7 years after its  independence. The leaders of Eritrea and Ethiopia were once comrades in struggle against the Marxist regime of Addis Ababa, today they are  at least publically sworn enemy.   The war exploded in 1998 between the two frères-enemies up until 2002, when Cessez-le-feu was established by the intervention of the UN , costing over 200000 lives.  Further more, the two dictatorial regimes continue their proxy war and war of words by organizing proxy armed movements in each other soil.  They even further destabilized the region by employing their proxies in Somalia. Thus, Somalia became the center of international terrorism and piracy sponsored by Al Qaida.  The Ethiopian dictator dragged in over 5000 African forces to Somalia after unsuccessful occupation of the country for two years starting 2006. In 2009 Ethiopian regime pressured the AU at its siege in Ethiopia  to impose sanction against Eritrea by the UN.  Eritrea in return  continues supporting the opposition groups in Somali and Ethiopia in spite of the UN sanction to this day.

“Cease arming, training and equipping armed groups and their members including al-Shabab”

Eritrea called the sanction as”ludicrous punitive measures” and warned that their imposition risked “engulfing the region in to another cycle of conflict as it may encourage Ethiopia to contemplate reckless military adventures”.

Both the representative of Eritrea and Ethiopia used the opportunity of the United Nations General Debate to settle some scores trying to influence some member states to join their proxy wars in Somalia in the pretext of border wars. It is ridiculous after agreeing in major principle as great as the Independence of Eritrea to engage to a whole out  war  for a piece of barn land. As we all know the truth of the mater lies not on that piece of land. Let us here it from the Eritrean Foreign Minster:-

“While the United Nations grapples with Sudan and Somalia, it continues to ignore the grave consequences of Ethiopia’s continued occupation of sovereign Eritrean territory, eight years after the ruling of the Eritrea-Ethiopia Boundary Commission (EEBC), and three years after the Commission ended its work by depositing in the United Nations the demarcated boundary between the two countries. Ethiopia’s illegal occupation and the United Nations’ silence, which mean the continuation of the conflict, is exacting a heavy price on the peoples of Eritrea and Ethiopia and complicating the regional situation. I wish to remind the United Nations that Eritrea awaits responsible and urgent action to end Ethiopia’s violation of international law and its threat to regional peace and security.” When we talk about security in the Horn of Africa Region…we cannot avoid raising our concern once again about the destructive role the Government of Eritrea has continued to play since independence.  It is an open secret that the Eritrean Government has for some time now been actively playing the role of the spoiler in the whole tragic situation in Somalia…the Eritrean regime is the principal destabilizer in our sub-region with utter contempt for international law and the norms of international behavior.

Their accusation and counter accusation has been a daily phenomenon since 1998. The truth would be both to stop preparing proxy warriors  and comply with the UN resolutions.

In the same month of the September the Ethiopian Dictator Melese Zenawie was busy convincing the US academician in Colombia university lying out rightly to the Students of the university:-

The Eritro-Ethiopian proxy war has even engaged diaspora of  the two belligerent countries. Those of Somalia have been recruited by Al Shabab to be used as a suicidal bomb in Mogadishu been recruited from the US and the United Kingdom:-US man faces terror charges for support of Somalia’s Al-Shabab

The following are the classification of the Eritro-Ethiopian Diasporas:-

The most dangerous  are  those caught with trends of  Somalian Syndrome   N° 3 and N°4″.

The N° 1  are for example those  manifesting  in supporting of  Melese Zenawie in his recent Colombia University venue :-

Is Eritrea becoming a destabilising force?