Ogaden Back to Square One … 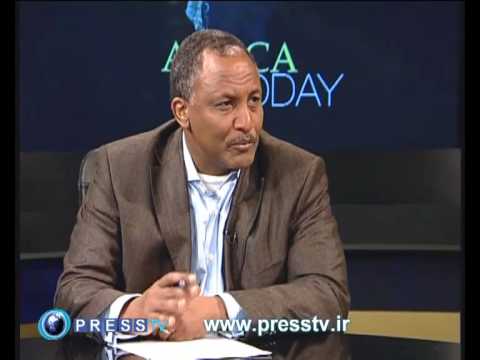 Ogaden Crisis in Ethiopia: Forgotten crises to watch in 2010

An Ethiopian woman holds her malnourished child in a hospital in the eastern region of Ogaden which borders Somalia, Jan. 16, 2006. REUTERS/Andrew Heavens
The humanitarian crisis in Ethiopia’s Ogaden region is worsening, yet the Ethiopian government continues to deny aid agencies access. Ogaden is mainly populated by Muslim Somali-speakers. The area does most of its trade with Somaliland, Somalia and the Middle East, rather than the rest of Ethiopia.

Formed in 1984 amid a resurgence of separatist sentiment in the Ogaden region, the Ogaden National Liberation Front (ONLF) is rebelling against the central government in a sporadic armed conflict. The true picture of the humanitarian crisis in Ogaden is faint but according to Amnesty International’s 2009 report, both government forces and ONLF fighters perpetrated human rights abuses against civilians.

“The aid community in Ethiopia is deeply concerned (by) the denial of access to the people affected by the conflict and the worst drought in the region,” said an aid worker who declined to be named. The aid worker said the Ogaden crisis is not only forgotten but “hidden by the government”.

Analysts say Ogaden’s fate is tied with the situation in neighbouring Somalia, largely controlled by Islamist and extremist rebels, and Eritrea’s border dispute with Ethiopia – both crises that seem far from over.
More Background

Ethiopian forces launched a major assault against the ONLF rebels – who have been fighting since 1994 – after they killed 74 people in an attack on a Chinese-run oil exploration field in April 2007. The government says the ONLF has been defeated, but its fighters continue to launch sporadic attacks.

U.S.-based advocacy group Human Rights Watch has accused the government of human rights abuses in its response to the insurgency, claiming it has burnt homes, confiscated livestock and arbitrarily detained civilians. Officials deny rights abuses in the Ogaden region, saying the rebels are the ones perpetrating crimes against civilians.

The government expelled aid workers from the region in the latter part of 2007, amid growing concerns about the scale of the humanitarian crisis facing its people. Although some have since been allowed to return, the army continues to impose severe restrictions on both media and aid agencies.

Ethiopia Delayed election in Ogaden due to ONLF Military Control.

January 8, 2010 (ADDIS ABABA) – voter registration for the upcoming Ethiopian elections will begin tomorrow Saturday across the country, the Office of the National Electoral Board of Ethiopia (NEBE) announced today.

The general election in the Horn of Africa nation is scheduled for May 2010. The Ethiopian government has repeatedly guaranteed its commitment to conduct a fair and democratic election, but the opposition speaks about intimidation and harassment against them.

The head of the electoral board, Tesfaye Mengesha, said on Friday that 41,361 polling stations are prepared to register voters however he underlined that the registration in the troubled Ogaden will not begin now, the official ENA reported today.

Tesfaye said NEBE directed to open the polling stations for voter registration on Saturday adding they are provided with the necessary materials and the staffs are trained to accomplish their job.

It has further called on political parties taking part in the elections to assign their representatives at polling stations as of Saturday.

Tesfaye also urged to inform public observers and party representatives to be on duty at polling stations to observe the registration process. He also called to notify the voters about the registration day and time.

On my flight back from London, UK, I decided to catch up on my reading and began by going through some articles that were compiled for me by a friend. It was amongst the pile that I found the piece on Somalia by J. Peter Pham; it turned out to be yet another lazy analysis. I say lazy because his entire piece was a patching together of “cut and paste” paragraphs collected from various dubious self-serving sources. Pham´s incoherent piece was an elaborate apologia for Meles Zenawi, the only terrorist lurking in the Horn of Africa, who bears full responsibility for the carnage in Somalia. Pham has become one of the most vocal apologists for the minority regime in Ethiopia and his latest “cut and paste” piece is a regurgitation of the regime´s often heard narration (tantrums), as it scrambles to get itself out of yet another self-created quagmire.

Those of us who have been observing development in the Horn region know Meles Zenawi´s modus operandi. This latest piece by Pham is a desperate and transparent attempt to divert attention away from the ill-advised, illegal and immoral US-backed Ethiopian invasion and 2-year occupation of Somalia, and international crimes committed by Meles Zenawi´s regime in Somalia. Sanctioning Eritrea (for not toeing Washington´s line on Somalia) is supposed to give Meles Zenawi a respite from his self created quagmire. For Pham and his cohorts, blaming Eritrea is somehow supposed to absolve Meles and those responsible for the crimes committed in Somalia. It may take time, but sooner or later, Meles Zenawi and his handlers will pay for the destruction of Somalia and the deaths of thousands of innocent Somalis. It is Meles Zenawi´s hands that are drenched with the blood of Somalis, not Eritrea´s. Pham is barking up the wrong tree.

My first instinct was to ignore the dishonest individual and his “cut and paste” propaganda piece, which he attempts to pass of for an intellectual analysis on Somalia. But since there may be some lawmakers who might take his statements for fact and believe his misinformation, once in a while, as we have done in the past, it’s important that Eritreans, Ethiopians and Somalis, as citizens of the Horn, call him out and expose his hypocrisy and intellectual dishonesty. This ordained Catholic priest (a credential rarely mentioned in his articles) has traded his priestly collar for a “falfalina” (bow tie), and replaced the morals and teachings of the Catholic Church, with lies and deceptions in his new found (much more lucrative) vocation as a hired gun (or is it hired pen). This embedded priest exposes the ugly side of academia and how much US Foreign Policy is damaged by self serving, morally bankrupt operatives such as Pham who have no qualms about deceiving the US public and lawmakers in order to advance their own illicit (often illegal) agendas.

Horn residents are not surprised by J. Peter Pham’s latest piece in defense of Meles Zenawi and the minority regime in Ethiopia. One of the “intellectuals for hire” that has provided the minority regime political shield in Washington with “testimonies in Congress”, Pham has deliberately lied to, and misled, lawmakers and the American public with is faulty analysis on Somalia, Somaliland, the UIC and more. Pham´s thinking is not just beyond the pale, it´s willfully dangerous and evil. This self appointed “expert” on Africa believes his brief stint as a “Vatican envoy to East Africa” gives him the credentials to write at will, without providing a single shred of evidence to support his far fetched assertions. “Cut and paste” paragraphs fit together to fit Meles Zenawi´s narratives will not cut it. Distorting the facts, omitting the truth and fabricating lies is not a Christian thing to do…as a former priest, he ought to know better.

It is no secret that Pham is closely associated with the conservative neocolonialist cartel; a dubious alliance of fundamentally different and even ideologically opposed religious and political factions such as the coalition of evangelical Christians (also known as the New Christian Right) and the aggressive political ideologues commonly known as the Neoconservatives who have launched an unprecedented evil campaign against Eritrea for the last 10 years in order to advance their hegemonic agendas in the region. Pham is also closely associated with Joseph Greibosky, the author of several erroneous reports on Eritrea and Iran and whose organization, the Institute for Religion and Public Policy, enjoyed a lucrative arrangement-to the tune of a quarter of a million dollars –with the Bush Administration´s State Department.

As a consultant for U.S. intelligence agencies who has helped place former students in intelligence positions, Pham knows a thing or two about that industry and its connections in Somalia. Pham, more than anybody else, knows that Eritrea has no interest in destabilizing Somalia. Despite what Jendayi E. Frazer and her cohorts purport, neither she, nor her hired guns have been able to provide any evidence to back up their evil allegations against Eritrea. It has been almost three years since Frazer and her accomplices fabricated the outlandish UN reports on Somalia, and to this day, neither Frazer nor her accomplices(Ethiopia, Kenya and the illegitimate TNGs), or any other independent party has been able to substantiate its contents-none. Ahmedou Ould-Abdallah, the UN Envoy for Somalia for Somalia, has admitted as much.

Pham, who in a recent Washington Post article had the audacity to preach to President Barack Obama about the law, continues to justify Meles Zenawi’s lawlessness and belligerence in Somalia and numerous violations of international law and over two dozen UN Security Council resolutions. Exposing his bias and pro-Ethiopia stance, distorting the facts and deliberately omitting from his latest piece, the Final and Binding decision of the Eritrea Ethiopia Boundary Commission (EEBC) which was delivered on 13 April 2002, which unequivocally awarded Badme, the casus belli for the 1998-2000 border conflict to Eritrea, Pham attempts to divert the issue by mentioning the Eritrea Ethiopia Claims Commission (EECC), a body that chose to address an issue in 2005 that was outside of its Algiers Agreement mandate.

Had Pham done his homework, instead of parroting Meles Zenawi’s tantrums, he would have known that the Algiers Agreement, in addition to the EEBC and EECC, also called for the establishment of a Commission by the African Union and the Secretary General of the United Nations, whose mandate was to investigate the origins of the conflict. The African Union, now an appendage of Menelik Palace has yet to fulfill its obligations under the Algiers Agreements-ditto for the UN. Ethiopia continues to occupy sovereign Eritrean territories, including Badme, in violation of international law.