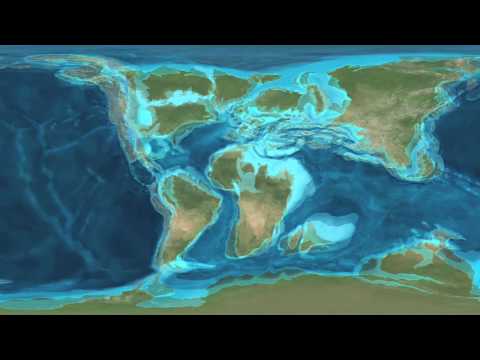 As expected and predicted in the recent  past here in our site  the Eastern African  tectonic plates started moving faster  menacing the megalomaniac dams constructed in the moving rift valley rivers ( GebeI, GebeII, GebeIII and that of the Nile, power  Awash dams ) . These destructive dams have been constructed against the international criticism due to their disastrous    effects on the inhabitants of the riparian countries around Ethiopia, since the Abyssinian highland plateau has being the main source of life giving water as far as Egypt. Shebelle River for Somalia, Omo for Kenya, the rest is watering for Sudan and Djibouti. These destructive dams are not supported by geological and scientifically based nature friendly studies. They are rather build for the water power to be used against the surrounding countries  domination as recently manifested in the regime’s  declaration of  war against Egypt, a country only  depending on the dammed water of the Nile for her survival.

Last month, an earthquake swarm at Yemen caused alarm. The swarm was situated at the opening to the Red Sea at the Gulf of Aden, and seemed to be an unusual place for seismic activity.

“According to the history of the area, at USGS, the Yemen-Gulf of Aden-Djibouti area IS seismic, but in a minor way. Between 1950 through Sunday in Hosanna this area had 56 earthquakes ranging between mag 4.0-5.9. There were no quakes greater than mag 5.9 during that date range. But in 2010 there have been 31 (as of 1:00pm), which is 2/3 as many as in the last sixty years. “

This famous volcanic landscape of the Afar Triangle region results from tectonic forces working deep below the surface as we have seen it above. The tectonically active nature of the Ethiopian Rift expresses itself in the many volcanic features in this area, including Erta Ale, one of the world’s most active volcanoes, and numerous other volcanic cones and fissures.

“The highly active volcanic boundaries along the edges of tectonic ocean plates may suddenly break apart in large sections, instead of little by little as has been predominantly believed. In addition, such sudden large-scale events on land pose a much more serious hazard to populations living near the rift than would several smaller events”,  Prof. Cindy Ebinger, professor of earth and environmental sciences at the University of Rochester .

Starting 2010 up unto the 2012 the earth is passing through an intensified magnetic filed in the galaxy centers increasing solar flares having a direct effect on seasons and climate change. This has been manifesting through  extreme weathers and tectonic movements  causing – freezing winters, hot summers,  heat waves, foods , landslides, volcanic eruptions, hurricanes, tsunamis etc.. Over a quarter million people in 2010 perished – the deadliest year in more than a generation.

The earth has gone in its geological histories in the past the same destructive and cleansing acts. In its historical records such events has been recorded in past civilizations. Based on the past events the ancient not only recorded but predicted such coming events. Ancient Ethiopic apocariftic   writing had predicted   the coming events at the end of times as being the 8th millennium events. The Ethiopian prediction is based on books like the pre deluvian Book of Enoch, and other secretly kept books coming down from the past .

The German meteorologist Alfred Wegener (1880-1930) called such movement as Continental Drift. He believed that the continents had at one time been joined together in a supercontinent that he named Pangaea, meaning “all lands.” In the other words if we follow  Wagner’s theory ,it seems  the earth was smaller from what we know it today as  it is constantly bulging like a balloon drifting the continent and land shift  apart. But if we look at tectonic theory the earth is the same see the following videos  and compare:-

This new tectonic activity on  Sunday December 19, 2010 in Hosanna on in the East African Rift Valley has aggravated to widen the vast fissures where the African Plate is being split into two parts. Five years ago , there was a major tectonic event in the Afar region when a rift 60 km (35 miles) long and 8 meters (26 feet) wide was torn apart  just in a few  days. It was with a series of earthquakes, and a volcanic eruption.

The Nubian Plate or the main plate of the African continent and on the eastern coast the Somalian Plate, are in constant movement in opposite directions at a divergent plate boundary creating an ocean. The region which will soon be under water is known as the Afar Triangle. The meeting point of this tectonic movement which includes north-eastern Ethiopia, Djibouti and the southern Red Sea region of Eritrea. The news ocean is created by theses diverging three plates moving away from each other due to an upwelling of magma from the mantle, which melts the crust and causes it to thin and pull apart. Horn of Africa or the part known as the Somalian Peninsula will secede from the rest of the continent, creating an island. This phenomenon is similar to the mid-ocean ridges, where hot magma rises up and pushes the oceanic crust out to each side in the process of seafloor spreading.