Deprecated: Return type of Requests_Utility_CaseInsensitiveDictionary::getIterator() should either be compatible with IteratorAggregate::getIterator(): Traversable, or the #[\ReturnTypeWillChange] attribute should be used to temporarily suppress the notice in /home/geghna/ethiopianism.net/wp-includes/Requests/Utility/CaseInsensitiveDictionary.php on line 91
 Egypt denies the existance of refugees death camp in Sinai, hostages might have been executed by captors ? – Ethiopianism
Skip to content
African Exodus Egypt's Sinai Refugee Death Camps Refugees ስደተኞች

Egypt denies the existance of refugees death camp in Sinai, hostages might have been executed by captors ? 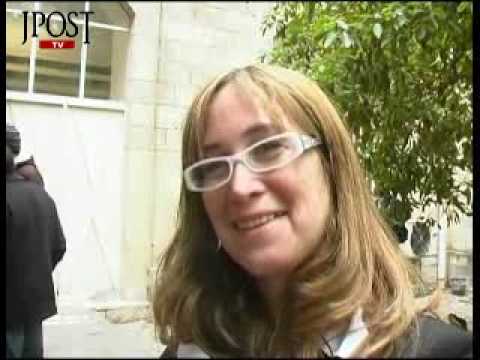 Eritreans/ Ethiopians  escaping from local dictators  found themselves between the hammer and the hard thing.  As refugee, they have been sold many times in the hands of local tribes’ men Rashaidas and other border line tribes, before they arrive in the hands of the last captors in Sinai to transit via Israel to Europe or North America their final destination. They do not have to pay in the starting point in the refugee camp. It is a free trip to death and torture.   They were sold for a few hundred dollars in Kassala Sudan and by the time they reach Sinai their price reaches thousands of dollars supposedly to be paid by their relatives aboard. I they failed to pay the some demanded some will be sold as slaves in different parts of the Arab world other will summery executed as one of the members who recently escaped after being raped and tortured told our reporter. By the time the Egyptian authorities arrive in the area the asylum seekers are sold or already transferred if they are not dead, making its impossible to trace.
Recently the Egyptian activists are calling on the government to take action to save African asylum-seekers from «systematic torture» by their Bedouin captors in the Sinai Peninsula who demand thousands of dollars in ransom.

“The Egyptian  government says it does not have information,” said Magma Botrous, violence and physical safety specialist at the Egyptian Initiative for Personal Rights, a local NGO. “But the problem is that the government doesn’t try to get the information,”

Some hundreds of African asylum-seekers cross into Israel via Egypt with the help of international human trafficking agents living and working in refugee camps in the Horn of Africa ending at the Egypt-Israel border.

Today over 500 of these asylum-seekers from Eritrea and Ethiopia are held in the Sinai desert in different torture tents and face torture and rape, with their captors demanding to be paid since they bought them as slave, before they are allowed into Israel.

Egypt authorities could not put their hand on them since they are hidden in the deep Sinai dessert even they cross hiding them in Saudi Arabia if they are pursued. The Egyptian said recently that “Whoever has information about the presence of African refugees in captivity in the Sinai has to prove it; they have to give us the names of the refugees and the places where they are kept.”

The local Egyptian human right NGO’s were contacted by some refugees, and they insist the reports about the refugees in the Sinai are true.  They claim that they are forced to work without food, and forced into prostitution. They said even gave the information and the government gave silent treatment. They declared that, “It is unbecoming of Egypt to fall silent while something like this happens, the government can’t really understand that it has a moral and a legal responsibility to rescue these people.”

About 13 local rights groups issued a statement on 29 December, calling on the government to intervene. The organizations say the African hostages are beaten, burned, and lashed with electric cables, while the captors communicate with their relatives to pressure them to pay ransom.

“Women are separated from the men and repeatedly gang raped by their captors,” they said in their statement.

“In conversations with our doctors, many women confessed to being raped prior to entering Israel. Of a total of 165 abortions facilitated by the clinic between January and November 2010, PHR-Israel suspects half were requested by women who were sexually assaulted in the Sinai,” the update said.

During the same period, 1,303 women were referred for gynecological treatment, a large percentage as a result of the trauma endured in Sinai, according to PHR-Israel.

An Eritrean refugee  in Israel in Youtube , describes the torture he underwent on his way to Israel at the hands of Bedouin smugglers.”We were beaten brutally, whipped on the face and on sensitive body parts; we were chained, four persons on each side. One of the common methods [by the captors] to get more money is to call family members in Sudan and Eritrea and let them hear the painful cries of their relatives and ask for more money. Some US$4,000-8,000 is the price paid to smugglers to reach Israel,  I was very depressed. I did not know what to do. I could not pay $4,000, so I stayed in the desert for a month and a half. It was very hard.”

The 2010 Trafficking in Persons Report of the US Department of State describes Egypt as a source, transit, and destination country for women and children who are subjected to people-trafficking.

The government approved new legislation in May 2010 criminalizing people trafficking for labor and sexual exploitation.

“We only want to save these innocent people who suffer horrifying conditions in the detention camps in Sinai,” said Hossam Bahgat, a local rights activist.

The UN Refugee Agency (UNHCR) said in November there were 39,461 refugees and asylum-seekers in Egypt. It said the majority of the refugees were Sudanese, followed by Iraqis, Somalis, Ethiopians, and Eritreans.

Marching for refugees in Tel Aviv

The hard lives of Sinai migrants

The pope lifts the lid on Sinai’s tortured Eritrean refugees

Egypt criticized for inaction on African hostages in Sinai

Rattling the Cage: Calling the Mossad

Hamas is Not Only Israel’s Problem

Protest in TA: ‘We are refugees, not migrant workers’

Ethiopian Refugees in Yemen are tortured