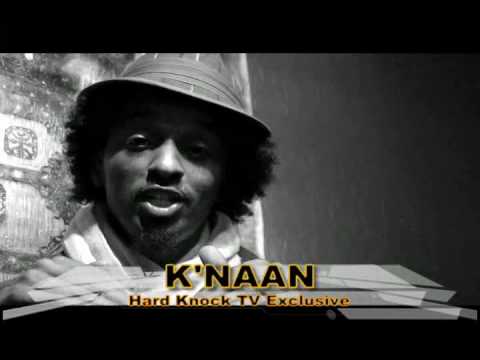 The northeast region of Somalia has, since mid-1998, been referred to as the Puntland State of Somalia . Although pre-colonial Somalian society did not have a national government with modern structures and clearly defined international borders, the northeast region had traditional structures of government dating from the early years of the 19 th century; namely, the Sultanate of Majerteen (1901–1927), whose territory included the current regions of Bari and Nugal, the Sultanate of Mudug/Hobyo (1885–1925) and the Sultanate of eastern Sanaag (1896–1925).

These Sultanates were relatively under-developed and far from achieving a modern status in terms of political and state management systems. They had administrative and military structures, which safeguarded security, social welfare and political stability until these were disrupted by colonial powers; the Italians in the first two Sultanates and the British in the third one. Trade and commercial relations existed between the Sultanates and the Indian sub-continent and Arabian Gulf states. For instance, ad valorem taxation systems, export of livestock, animal and agro-forestry products and import of consumer goods thrived in the Sultanate of Majerteen during the second half of the 19 th century and first quarter of the 20 th century.

The Italian and British conquest of the Sultanate in (1923-1927) suppressed the peoples’ resistance and destroyed all political, economic and commercial structures. The Italian fascist authorities were more repressive than the British, as reflected by the economic policies they applied to these regions. For instance, import-export trade and all the commercial transactions with above mentioned traditional markets were suspended and forcibly replaced with Italian trade companies, which imported consumer goods from Italy and exported salt, frankincense, hides, skin and agricultural cash crops (banana and cotton) to Italy through Mogadishu.

The suspension of trade markets and political structures of the former Sultanates by the colonial authorities had a devastating effect on the livelihood security, famine coping mechanism and employment/income earning opportunities of the northeastern communities. Pastoralists, merchants and fishermen had to immigrate to the southern regions in order to seek employment and trading opportunities.

Furthermore, the Sultans of Majerteen and Mudug, their families, relations and key collaborators, such as the traditional elders, were forcibly deported by the Italians to Mogadishu . Bartamaha (Nairobi):- Somali pirates have seized a Kenyan-flagged fishing vessel, the European Union Naval Force said Tuesday.
Cmdr. John Harbour said Tuesday the Sakoba was taken last week, but many details remain unclear. The owner has not been in touch and the ship was not registered with maritime authorities. The crew nationalities and numbers are unknown.
Pirate attacks usually peak in March and April when the seas are calmer and the past week has seen a flurry of attacks and shoot-outs between pirates and security forces.
It is very unusual for a ship owner not to report a hijacked vessel to naval authorities. Naval authorities say there has been no communication with the crew. However, Harbour said that armed pirates have been sighted onboard.
The Sakoba was last registered in Spain three years ago but the Spanish Environment Ministry, which handles maritime affairs, said the vessel is Kenyan-owned.
The ship was apparently taken about 400 miles (640 kilometers) east of the Tanzanian city of Dar Salaam last Wednesday, Harbour said. Somali pirates have been extending their reach south into the Indian Ocean because of stepped up naval patrols in the Gulf of Aden.
Harbour said the pirates may use the hijacked vessel as a ‘mothership’ to carry extra food, fuel and water and tow pirate speedboats hundreds of miles out to sea. The Sakoba is following the path of another hijacked ship, a Norwegian chemical tanker, which was seized on Friday near Madagascar. Both vessels appeared to be headed for the pirate stronghold of Haradheere, he said.
The failed state of Somalia provides the perfect haven for pirates, which prey on the busy shipping lanes nearby. The Somali government is fighting an Islamist insurgency and cannot take on the well-armed, well-paid pirate gangs as well. Ransoms are typically several million dollars _ a fortune in a war-ravaged country where nearly half the population is dependent on aid.
———————

“Our trip to Ethiopia was a follow-up of the President’s visit in March,” Minister Dhala said, adding that discussions with Ethiopian government officials in Addis Ababa ranged from security to trade relations.

According to the Planning Minister, Puntland and Ethiopian officials discussed the possible opening of an Ethiopian Trade Office in Garowe, the capital of Puntland State, which would help facilitate travel and trade relations between the two sides.

He noted that anti-piracy discussions with Western ambassadors were successful and that the Puntland delegation informed the international community of the “best way to fight against pirates.”

Lastly, the Planning Minister said that Ethiopian government officials want to play a “neutral role” in the conflict between Puntland and Somaliland.

Las Anod, the capital of Sool region, has been at the heart of the Somaliland-Puntland conflict since Dec. 2002 when Puntland security forces took control of the provincial capital.

Both Planning Minister Dhala and Puntland VP Gen. Abdisamad Ali Shire hail from Sool region, which is dominated by members of the Dhulbahante sub-clan within the larger Darod clan-family.