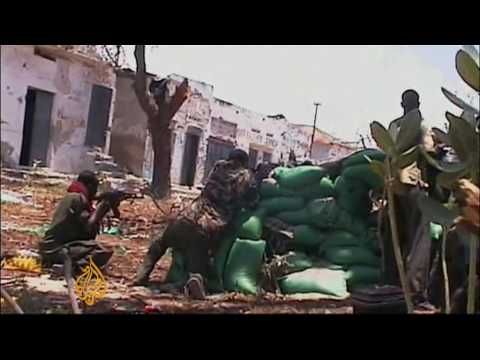 The meeting which took place in Sheraton hotel, focused on number of issues including regional security as well as the Puntland cabinet ministers.

According to a sources close to Mr. Farole, the Ethiopian government disapproved Mr. Farole’s presidential decree, dated March 12th, ordering the dismissal of Puntland Intelligence Service (PIS) director, Mr. Osman Diana (see SOMALIA: Puntland President Dashes to Ethiopia For an Emergency Meeting). The PIS is said to receive at least 50 per cent of Puntland’s annual income as well as funds from Western and Ethiopian intelligence services.

While the two were discussing the issue, the Ethiopian Foreign Affairs Minister, Mr. Mesfin, has expressed concern about a number ministers and provincial officials in the Puntland government accusing them of having ties with extremists in southern Somalia.

Mr. Mesfin told the Puntlander leader that, Ethiopia has evidence that Puntland’s planning minister’s car was one of the vehicles used in the trio-suicide bombs that rocked Somaliland’s capital, Hargeisa, in October 2008. The bombs strucked the presidential palace, the Ethiopian Consulate and a United Nations compound, killing 21 people and wounded 26 people

These leaders were invited to attend an open briefing and hearing of the Subcommittee on Africa and Global Health with regards to Somalia’s prospects for lasting peace and a unified response to extremism and terrorism.

This is the first time that such an inventation has been extended to the east African countries. For more information you can check out the website of the Committee. http://foreignaffairs.house.gov/hearing_notice.asp?id=1093

Long War Journal
Hizbul Islam and Shabaab are considered the two top Islamist insurgent groups in Somalia. While Shabaab is widely recognized as having close ties to al … In Madena, outside Mogadishu, Somalia, soldiers with the transitional government guarded a district commissioner’s office. By JEFFREY GETTLEMAN and NEIL …