Ethiopia after 3 thousand years freedom is no more free… 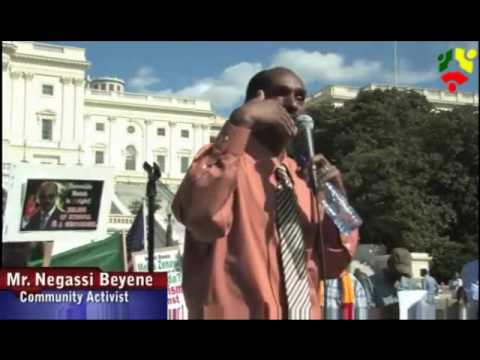 Freedom in Ethiopia in Down trends. A country which has been free for over 3 thousand years. A bastion of independence. This year record is  worst than last year according to  Freedom house report 2009. Melese Zenawie continue torturing killing the Ethiopians.  His case is in the hand  of the International court of Justice. It will not  be  long soon before he join Charles Taylor of Liberia .  According  genocide   Watch Melese is a an emerging dictator to be scrutinized.  The worst is that countries  preaching  and raising the Flags of Freedom and democracy continue  with Melese business as usual. The world  had  experienced  this misfortune  in the past with  Hitler, Mussolini, Franco, Salazar, Mobutu  and paid  heavy price. Read some of the reports below where Zenawi’s  Ethiopia is heading  :-