Ethiopian Melese “Freely” and “Proudly” manipulated the ballot as new model for African Banana Union members who applaud his election for life …. ” Read the Council of Democrats Decision “ 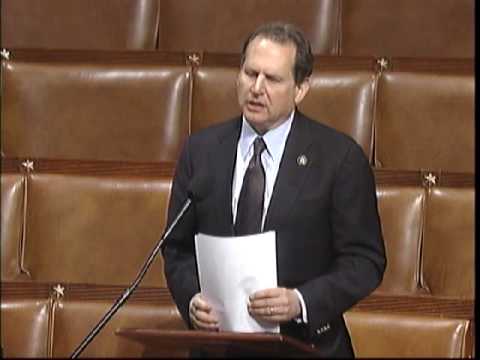 The Double sided dictator of Ethiopia Melese Zenawie lost his credilbity if left any in the eyes the world democrats.

He thought he mastered the arts of duping the whole world, but it was he who was dumped and lost face all around the world.

-He prepared   farse  40’000 ballots, only very fews samples were oberved by African and Europen observores.

-He blocked the US and the rest of the embasies not to live the capital so he could be free to manuplate.

-He killed and beated  the oppostion members.

-He recruted each and every one in the counry side to be the member of his party if  not just to vote only for EPRDF.

– He organized  armed  gangbusters to  force  over 31 million voters to be grouped by a cell of 5 in  each and every community, village, family   in all his ethnic regions … he otherwise  menaced  to starve them  to death  not giving them work for bread program for survival …

-He closed private press and throw the journalist to jail..

-He silenced the univeristy students by intimidating and occupying the university illegally by his security forces… etc, etc..

It is the organization of the African Banana Union which is  his making , who recognized his election as being  fair and free, since  his  ballot rugging  was better than theirs, and his style of mastering the arts of silencing the opposition ,  his mechanism   of completely killing the voice of the people,  his way of brutalizing  and  starving  the population of Ethiopia to death, is a new style of  african democray in order to  become a  leader for live.

Opposition parties, who gained only two of the possible 546 seats, accused the government of manipulating the electoral process in their favor. “The whole thing is a farce,” said Hailu Shawel, chairman of the All Ethiopia Unity Party. “In the countryside our observers are chased away by the militia. Our people are not allowed into the polling stations.”

EPDRF party members dismissed the allegations as an attempt to undermine the party’s rule. “We know the opposition had designed a strategy whereby they tried to tarnish the whole democratic electoral process. The facts on the ground tell everybody that this has been a competitive election…the system accommodated even extra requests by the opposition. So, one can say we have issued [a] free and fair playing ground,” said Communications Minister Bereket Simon.

Though this year’s elections were free from the political violence of previous contests, observers point out that the relative peace was more the result of careful planning by the EPDRF than of democratic progress. In 2005, a dispute over election results led to the death of 193 opposition protestors at the hands of Zenawi’s forces. This time around, the Prime Minister “closed down a number of critical newspapers, jammed Voice of America, blocked critical websites, banned all forms opposition rallies, crippled civil society organizations, and deliberately fomented divisions in the opposition camp,” according to the Wall Street Journal.

Over the last 18 months, the “government has taken clear and decisive steps that would ensure that it would garner an electoral victory,” said US Assistant Secretary of State for African Affairs Johnnie Carson.

Despite the criticism, Ethiopia is likely to remain an important US ally in the fight against Islamic extremism. According to Nathaniel Myers of Foreign Policy, Ethiopia receives more foreign US aid than any country in sub-Saharan Africa and is an important source of stability in the region. “Wary of alienating Meles, the Obama administration has publicly criticized only the Ethiopian leader’s most blatant assaults on democracy. And indeed, with the failure to permanently reduce aid budgets following the 2005 violence, the West lost its trump card. At the end of the day, Meles knows that the United States and his other foreign friends can’t afford to back out,” said Myers.

Invigorated by the belief that the time had come in the year 2000 to establish a global network of democratic countries with the principal aim of fortifying democratic governance everywhere, former Secretary of State Madeleine Albright and former Polish Minister of Foreign Affairs Bronisław Geremek convened the first Ministerial of the Community of Democracies (CD) in Warsaw. With delegates representing 106 democratic and democratizing countries in attendance, the Community of Democracies was established with the adoption of the Warsaw Declaration, committing CD governments to a multilateral framework of cooperation to advance democratic norms and to work in concert to support and deepen democracy worldwide.

On May 12, 2010, United States Representative Mike Quigley, of Illinois, introduced a resolution to the United States House of Representatives entitled “Commending the Community of Democracies for its achievements since it was founded in 2000.” With 31 cosponsors, the resolution was passed without objection. The gathered representatives commended the CD for its ten years of work in “promoting democratic rules and
strengthening democratic institutions around the world,” as Representative Engel from New York stated in his remarks to the floor. With the High Level Democracy meeting in Krakow to commemorate the CD’s 10th Anniversary approaching in July, the resolution “endorses the Krakow conference” and “extends its best wishes … for the Community’s ongoing efforts to promote democracy worldwide.”

Read the Full Text of the Resolution Here