Ethiopia a land of 5 million orphans. Where is mother Ethiopia? “Child body trafficking is a mainstay in the African capital Addis Ababa “ 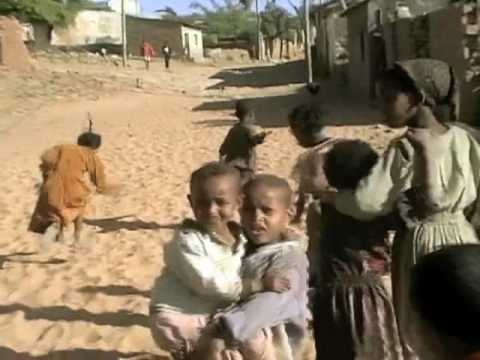 Ethiopia a land of 5 million orphans. Where is mother Ethiopia? “Child body trafficking is a mainstay in the African capital Addis Ababa ” Prof. Muse Tegegne

Ethiopia the land of   Queen of Sheba, it was left bankrupt by years of civil war, drought, floods, famine, and disease have pushed many over 5 millions  of Ethiopian children are today motherless because their parents are either no longer living or are unable to care for them.

A number of U.S.-based adoption agencies have been authorized by the Government of Ethiopia to provide adoption services, and several others pending accreditation. The government office responsible for adoptions in Ethiopia is the Adoption Team in the Children and Youth Affairs Office (CYAO), which is under the Ministry of Women’s Affairs (MOWA).   Symbolically  the fostering families  are  required  to submit post-placement reports until the child turns 18, very few are respecting them once the got the child.

Adoption from Ethiopia is open to any body while a country like thiland are banning due to chile abuse. Adoptions to both the U.S. and Canada have increased notably. In the U.S. the numbers were 1,725 in 2008, vs. 1,255 in 2007.

According to US/ Canadian agencies  “135 Ethiopian children adopted into Canada in 2007 (latest year available) represented 74 more than the year before, an increase of 121%. A Sept. 13, 2008 Toronto Star article “Doors closing on foreign adoptions” stated, “Some estimate that, because of AIDS and catastrophic drought, there may be 5 million Ethiopian orphans by 2010.” Embracing Ethiopia – International adoption, parenting issues and …
Last year on July 4th, a little baby all the way in Ethiopia consumed our thoughts! Last year, we walked to the fireworks and talked about how next year, Mekonen would get to be with us. Crazy how a year from then has passed and for the …

“The children are beautiful. Children waiting for placement are male and female, infant to 15 years old, healthy as well as special needs. Single birth and sibling groups are available. Many children have resided in a local orphanage, community care or in the hospital of birth prior to being matched with a family. The children are tested for HIV, Hepatitis B, Tuberculosis and Venereal Disease prior to being placed.”

Recent servant proved anomaly in the adoption policy  and its program in Ethiopia.  The government   nominaly put the follwing  non functionla policy to sell the childern of Ethiopia as a market comedity to the world:-

• Families who have sufficient income

• Couples with a strong marriage and low divorce history

• No history of criminal activity or incidence of child abuse

Today  many foster familes are complaing the price an Ethiopian child  high in the market .

A  organizations  are set to help these familes to cover the offical price . The worst is the corrupted officals and middle men who makes  on every child. Many kids are  there on the under ground child traficing markets . Some are even sold in black market for body part  trafficking . Apart from abandoned children, there is also a steady increase in the number of Ethiopian children becoming orphans because of Aids.

There are nearly 40 agencies in Addis Ababa handling adoptions.

While we cannot change the fact that adopting internationally is expensive without any kind of adoption financial aid, we are concerned that the expenses often make adopting prohibitive for wonderful families desiring to love a child.”

In 2008, U.S. citizens adopted approximately 1,725 children from Ethiopia. Children of all ages are available for adoption including infants, sibling groups, multiples (twins and even triplets), older and special needs children, both boys and girls. These children reside in orphanages.

Most of the parents are from abroad. The adoption of Ethiopian children by foreigners has increased sharply in the past few years, with thousands of parents from various parts of the Western world adopting children from this impoverished country.

Kids Care Orphanage is just one of the numerous orphanages and child care centres in the Ethiopian capital.

Mostly abandoned children and mutilated child bodies are  found in the  dark alleys of the African capital . You will  be surprised  at times even in toilets  a cry of a motherless child.

Some are licensed by the Ethiopian authorities, who claim Ethiopian orphans have a right to be adopted, but they practiced daily  sending  hundreds abroad  knowing it must be  a last resort since it is preferable for child to be brought up in their own culture. There are many  who are engaged in child traficing and body marketing too.

Very few are  orphans who merit a well  publicized adoptions, movie star Angelina Jolie adopted an Ethiopian child with the help of  a well known agency  ” Wide Horizons for Children”.

Today  many  local agencies  are are highly corrupted working cladestaily with child traficaing mafias  as a million dollar business.

Officially the process of adopting children from Ethiopia is much simpler than many other country today due to this wicked corruption.

In one of the most well-publicised adoptions, movie star Angelina Jolie adopted an Ethiopian child with the help of an agency called Wide Horizons for Children.

The  adoptive parents are asked  come personally and collect the child. This the moment  they will go to a lot  of unprecedented corruption methods and red tapes. The government has put it  mandatory the foster  the parents to stay at least two weeks in Ethiopia to study the culture. They will in the contrary have  the necessary time  to learn something about Ethiopia’s corrupted adoption and child trafficking  system. Adoption in Ethiopia has not been without international  controversy. It has been well described  as being   a center of child trafficking and body marketing flown out directely to the international Kideny and other body banks. It is a million dollar business. Many  preferred silence not to be a spot light on media and loss a lot of dollars fro the extradition of the motherless child.  Our investigation as proved that most of the adopted one have  one or two of their parents. The true orphans are lingushing in the orphanage waiting for adoption if they  do not fail in the hands of body or child  trafficking mafias those with connection or some relatives in Europe or America end up to be adopted as orphans.

(CBS) Videotapes showing poor orphans from third world countries melt the hearts of prospective parents every day in this country.

Adoptive families allege that many children brought to the U.S. are not even orphans, that prospective parents are misled about a child’s health and background, that local families are recruited – and sometimes even paid – to give up their kids.

Which the Bradshaw sisters say is exactly what happened to them.

“For you to be adopted?”

Christian World Adoption is one of 70 agencies licensed to operate in Ethiopia. Beyond the alleged payment to their father, the Bradshaw sisters say they were told by local employees of Christian World they were only coming to America for an education; that they could return home when school was out. Not true. In fact it’s virtually impossible to reverse an adoption in Ethiopia.

“I thought I was going to be kind of like an exchange student,” Journee said. “Honestly, I never knew that I’m going to be here forever.”

“We have watched our kids grieve and cry and scream and melt down from the bottom of their souls over the loss of their country and their family,” Katie Bradshaw said.

“If you want your child to be adopted by a family in America you may stay,” said Michelle Gardner. She spoke those words on a tape produced by Christian World for American parents seeking to adopt in Ethiopia. And now says she deeply regrets it.

“I was aware of a number of times when things were problematic,” she said. “And several families where children came over and the children didn’t understand that the adoption was permanent.”

Christian World was founded back in 1991 by Bob and Tomilee Harding. In 2008, records show, the non-profit agency took in nearly $6 million dollars – charging a fee of about $15,000 per child.

Citing ongoing litigation, the Hardings declined to speak with CBS News at their offices in Charleston, South Carolina.

“How do you respond to charges that CWA knowingly deceived or misled adoptive parents through the adoption process in Ethopia?” Keteyian asked.

“Those allegations are completely unfounded,” said Curtis Bostic, attorney for CWA. He told CBS News he was prohibited by law from discussing specific adoption cases.

“I’m talking to parents who are really upset,” Keteyian said. “Who are devastated with their dealings with CWA.”

“Sometimes, people are upset when they just simply misunderstand things,” Bostic said. “I believe that’s exactly what you’re hearing. There have been thousands and thousands of adoptions conducted by CWA all over the world. Is there going to be a handful of folks who misunderstand, who – or who aren’t happy with their adoption? There’s going to be, and we regret that.”

The Bradshaw family lives with its own set of regrets. Parents who trusted and believed they were doing the right thing. The three young girls are learning to adopt a life far from the country they still call home.

Photo and video editing at www.OneTrueMedia.com