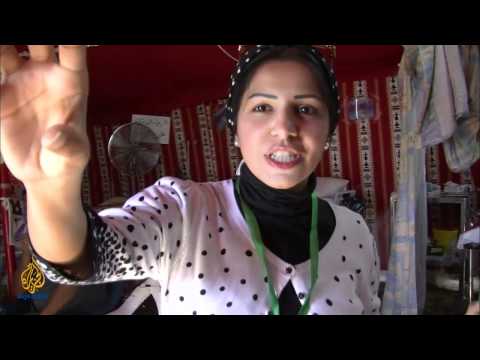 The Bahrain ‘rentier state’ Social revolution is moving on the right direction getting the right concession from the Arabian Night kingdom of the Khalifa’s. The youth has become the motor of change in the country. It revolution moving  beyond religious or tribal lines. The Dynamic of the movement has caused less damage to the civilians population   compared to the worst dictatorial regime of Mohamed Qaddafi in Libya.

The Bahrain Social Tsunami has to navigate the Kalifa’s regime and most of all global powers  do not want a  change that decrease the oil flows to their tanks. Since the Anglo-Saxons in end of 70’s had build in the Island kingdom a system of power based on neoliberal accumulation and oil capital.

They know that if Bahrain monarchy falls, then the crisis of western growth would be intensified. Bahrain may stop hosting the US Navy. Saudi Arabia will follow suit on the already boiling Eastern region over taken by a Shia majority, and would start to build on the protests already in explosive.

As unrest sweeps through the Middle East, People & Power looks at the mounting pressure for reform in Bahrain.

The Bahrain Khalifa  gave order to kill to his inhuman security forces known for shooting unarmed civilian in the past. The King seems following the foot setps of Mohamed Gaddafi. The kingdoms crakdown on the protestors will completly distablise the process of social change to a bloody revolution.