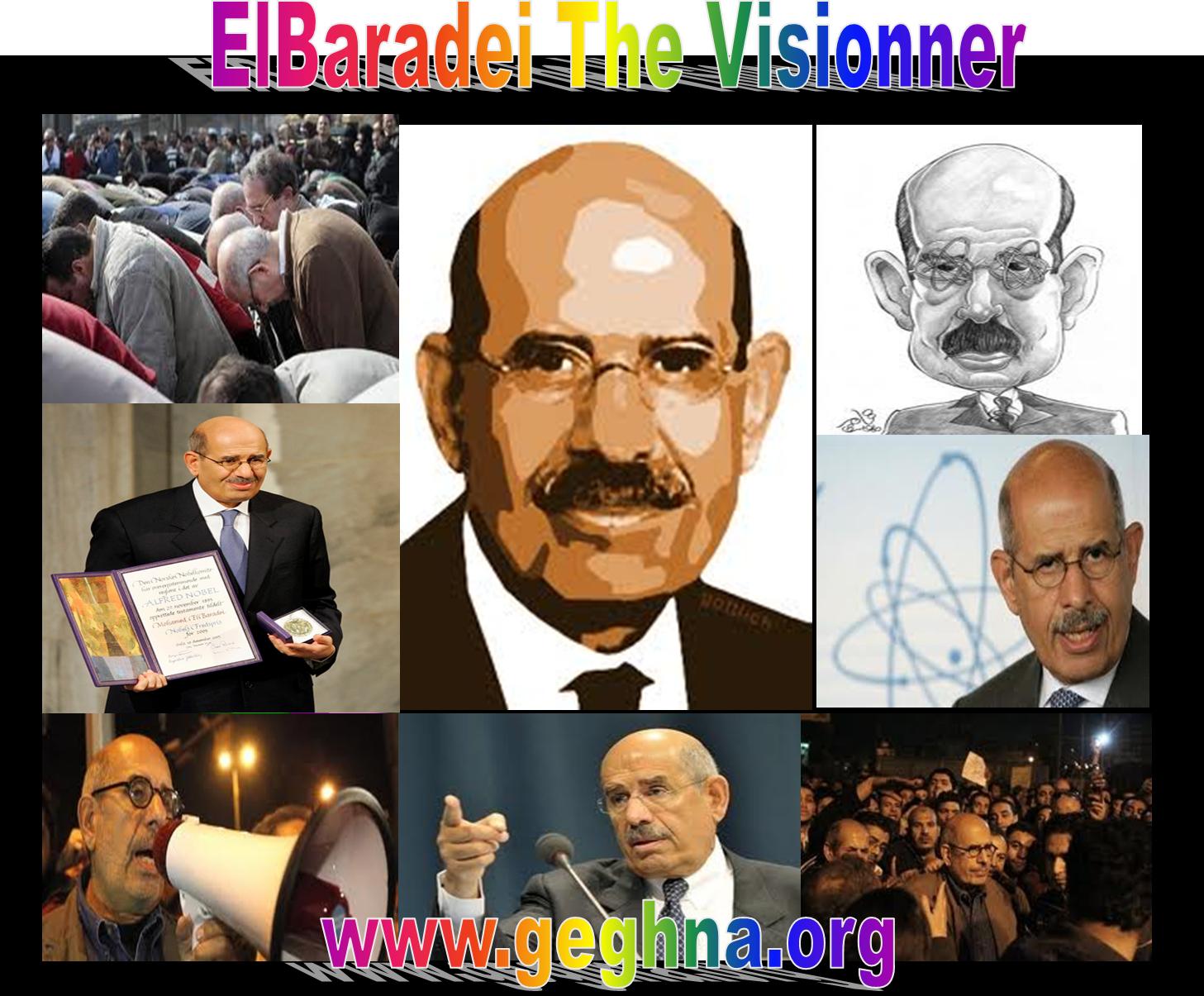 On 27 January 2011, Mohamed ElBaradei returned to Egypt amid the biggest mass protest in the country since the military came to power in the country in 1952. In his words as “agent of change and an advocate for democracy” which had begun two days earlier, on 25 January 2011 folowing the tradtion of his father protesting the Egyptian military dictator at its outset. ElBaradei declared himself ready to lead a transitional government if that was the will of the nation, saying that: “If [people] want me to lead the transition, I will not let them down”.[55] Subsequently, “when he joined protesters Friday after noon prayers, police fired water cannons at him and his supporters. On 28 January 2011, ElBaradei was reported to have been placed under house arrest in Egypt. He joined Tahrir Square with the rest of the protestors against Mubarak regime and spoke directly to the people, stating that they “have taken back their  rights” and that they cannot go back.

His arrival became controversial largely because of the long periods of time he has spent outside of the country.

ElBaradei  a born lawyer  raised in Cairo,  from a family of  attorney Mostafa ElBaradei who was in permanent  confronting with the Egyptian Military government led Gamal Abdel Nasserby as a head of the  strong  Egyptian Bar Association. He grew up with a militant father  fighting for  democratic rights,  free press and  legal system in Egypt .

He masters like most of the Egyptian of  his generation, English, and French, and off course Arabic his mother tongue. He studied law in Cairo University  and like the author of the article studied in  Graduate Institute of International and Development Studies in Geneva Switzerland.    1964  up unto 1980 worked in the Egyptian  Ministry of External Affairs,  while working for his country be able to graduated in in International Law at the New York University School of Law in 1974.. In 1980, worked in the  United Nations Institute for Training and Research. From 1981 to 1987, he was also an Adjunct Professor of International Law at New York University School of Law where he studied. In 1984, he was  the  senior staff member of the IAEA Secretariat, serving as the Agency’s legal adviser (1984 to 1993) and Assistant Director General for External Relations (1993 to 1997).

ElBaradei  became  the  Director General of the International Atomic Energy Agency based in Vienna starting  December 1, 1997 up to November 2009.

October 7, 2005, ElBaradei and the IAEA as an organization were announced as joint recipients of the Nobel Peace Prize for their “efforts to prevent nuclear energy from being used for military purposes and to ensure that nuclear energy, for peaceful purposes, is used in the safest possible way”.